In uncertain times there’s nothing more comforting or diverting than a good book, and sometimes there’s nothing else for it but to pick up a well-thumbed favourite and settle down for a dose of escapism. So without further ado, we shall leave you in the hands of Daisy Hay and the ‘repulsive, contrary and facetious child’ Daisy Ashford. Happy reading!

On 30 May 1919, the Athenaeum published a review of a new novel. The reviewer was Katherine Mansfield; the novelist was a 39-year-old secretary called Daisy Ashford. The novel was The Young Visiters, summarized by Mansfield thus:

This is the story of Mr Salteena’s plan to become a real gentleman . . . of his unrequited love for the fair and flighty Ethel Monticue, of Bernard Clark’s dashing and successful wooing of Ethel, together with some very rich, costly pictures of High Socierty, a levie at Buckingham Palace, a description of the Compartments at the Crystale Palace occupied by Earls and Dukes, and a very surprising account of the goings on at the Gaierty Hotel.

As Ashford aficionados will know, this quotation is not symptomatic of eccentric proofreading. The Young Visiters was published in 1919 but written in 1890, when its author was 9. It appeared with a Preface by J. M. Barrie and with the manuscript’s many spelling mistakes faithfully reproduced. Within two years it had sold 230,000 copies, given rise to a stage play, and caused a rumpus in literary London. It has never been out of print since. This is an exceptional record for a slight work. Why was The Young Visiters so popular and why does it endure? . . . 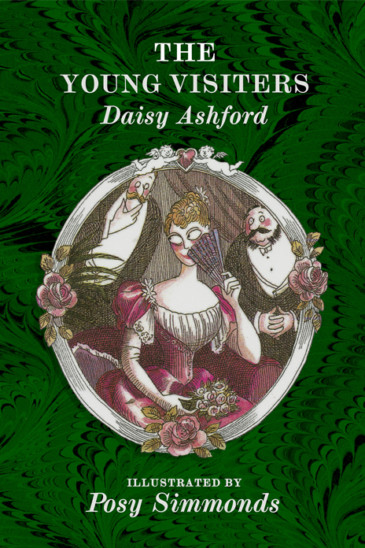