How wrong she was on both counts. Ivy Compton-Burnett’s novels, much admired in their time, have disappeared even from the shelves of charity shops. She found her style early and stuck to it and when she went out of fashion, there she stayed. Dame Rose Macaulay (as she became) has been overshadowed by her more famous contemporaries, appearing now on the edges of other people’s stories. But as a writer and in her life she was an adventurous risk-taker, forever trying something different.

She wrote her first novel in 1906, followed by twenty-two more, and finally in 1956 her masterpiece, The Towers of Trebizond. Though early critics found it puzzling (surely Rose Macaulay wrote comic novels, what to make of this?) it has survived triumphantly. I think it’s a great book, wise, light-hearted, funny – and very sad. I’ve read it many times and always find something different to absorb me.

It’s a book that defies categorization. Semi-autobiographical (Macaulay referred to it as ‘my own story’), it has a first-person narrator, Laurie. An ill-assorted group – a high Anglican priest, Laurie’s Aunt Dot with her camel, and a Turkish woman academic – are on a road trip through Turkey to the Russian border, their aim to con- vert Turkish Muslim women to Christianity. Aunt Dot and Father Chantry Pigg disappear into Russia, while Laurie returns to Trebizond to wait for her aunt, has some drug-induced visions of its imperial past (five centuries earlier it had been the last unconquered fragment of the Byzantine Empire) and then rides the camel to Israel where she meets her married lover, Vere. There’s also a sub-plot about literary plagiarism and the ongoing saga of Aunt Dot’s Russian escapade.

That’s a brief summary of two-t

Amanda Theunissen believes with Rose Macaulay that travel is the chief aim of Man but has a more mundane approach, thinking decent plumbing beats camping with a camel every time. 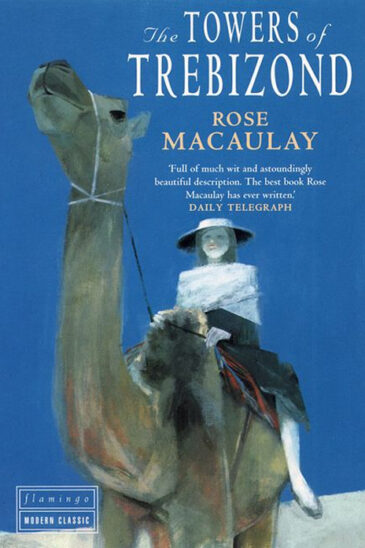