The Rules of the Game is a work of military history, a genre which I have always seen as male-dominated and which I usually avoid. There are no women in this book. The only females are ships. Nevertheless, for the past nine months or so I have lugged around this 700-page tome by Andrew Gordon on the Battle of Jutland. Published by John Murray in 1996, the edition which I bought first was a hefty American paperback, a slab of thick pages illustrated with unintelligible diagrams of ship formations, published by the Naval Institute in Maryland. Then I discovered a new Penguin edition which is infinitely more digestible (though identical in content) and much lighter.

I came to Andrew Gordon’s book through my research for a biography of King George V, the Sailor King. George went to sea aged 11 and stayed in the Navy until the sudden death of his older brother catapulted him into the direct line of succession when he was 26. His biographers skim swiftly over those fifteen years, but I have a hunch that the seasickness, homesickness and loneliness of his life as a lieutenant made George the salty, breezy and unexpectedly emotional man that he became. For me, though, the Navy was a closed world, and George’s career a meaningless list of ships’ names and ranks and fleets.

Then I started reading The Rules of the Game. The story begins in the North Sea a century ago with the Battle of Jutland on 31 May 1916. The first few chapters are heavy going for the militarily illiterate. I struggled with the acronyms – what is the difference between the 5th BS (5th Battle Squadron), the BF (Battle Fleet) and the BCF (Battle Cruiser Fleet)? However, through the fog of detail the outlines are clear enough. The Battle of Jutland was the Royal Navy’s great missed opportunity of the First World War. When the German High Seas Fleet blundered into the much larger British Grand Fleet the latter should have smashed them. They did not. Both s

Jane Ridley’s latest book is a brief life of Queen Victoria in the Penguin Monarchs series. She is working on a biography of George V. 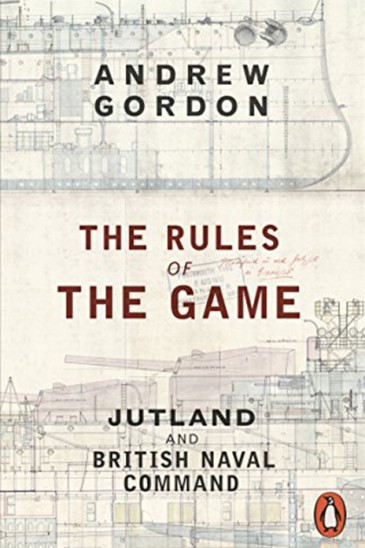 Biographer and academic Jane Ridley and screenwriter and novelist Daisy Goodwin join the Slightly Foxed Editors to reveal the wealth to be found in royal biographies, memoirs and historical novels. From the remarkable diaries of Queen Victoria and the extraordinary life of Empress Elisabeth of Austria to Prince Albert’s cashmere breeches, a cottage meal at Sissinghurst with the Queen Mother, and Edward VII’s many mistresses, the parade of tales about the lives and loves of royal people roams far and wide. And we go on a on a quest for Queen Mary with James Pope-Hennessy in this month’s hunt through the magazine’s archives.

Like so many Slightly Foxed readers, I was hooked by Netflix’s first series of The Crown. The lavish production, rumoured to have cost £100 million, the understated acting, the meticulous detail and the cut-glass accents – all gave each episode a sense of stunning authenticity. Claire Foy, in the role of the Queen, was immaculate and as compelling as anyone can be driving a Land Rover in twinset and pearls, and the series as a whole introduced us to a world of privilege and glamour at the very heart of the British establishment which is usually shrouded in secrecy.