The Winter issue of Slightly Foxed magazine contains the usual eclectic mix of good book recommendations to take your reading off the beaten track. Read on for our contributors’ pick of the best books to read this winter. 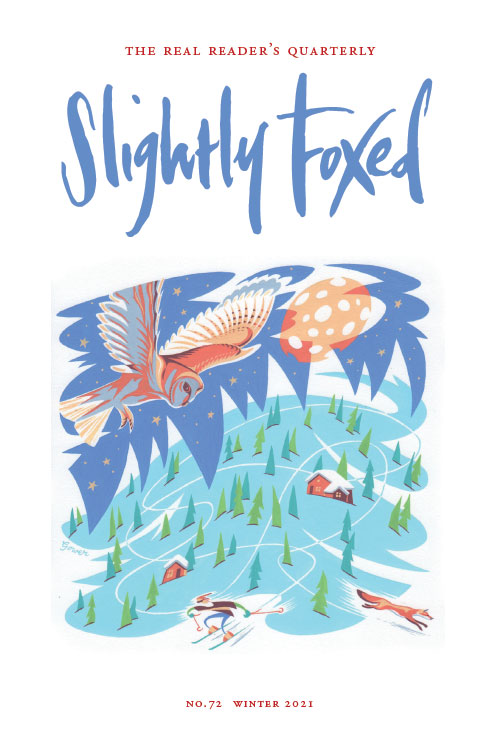 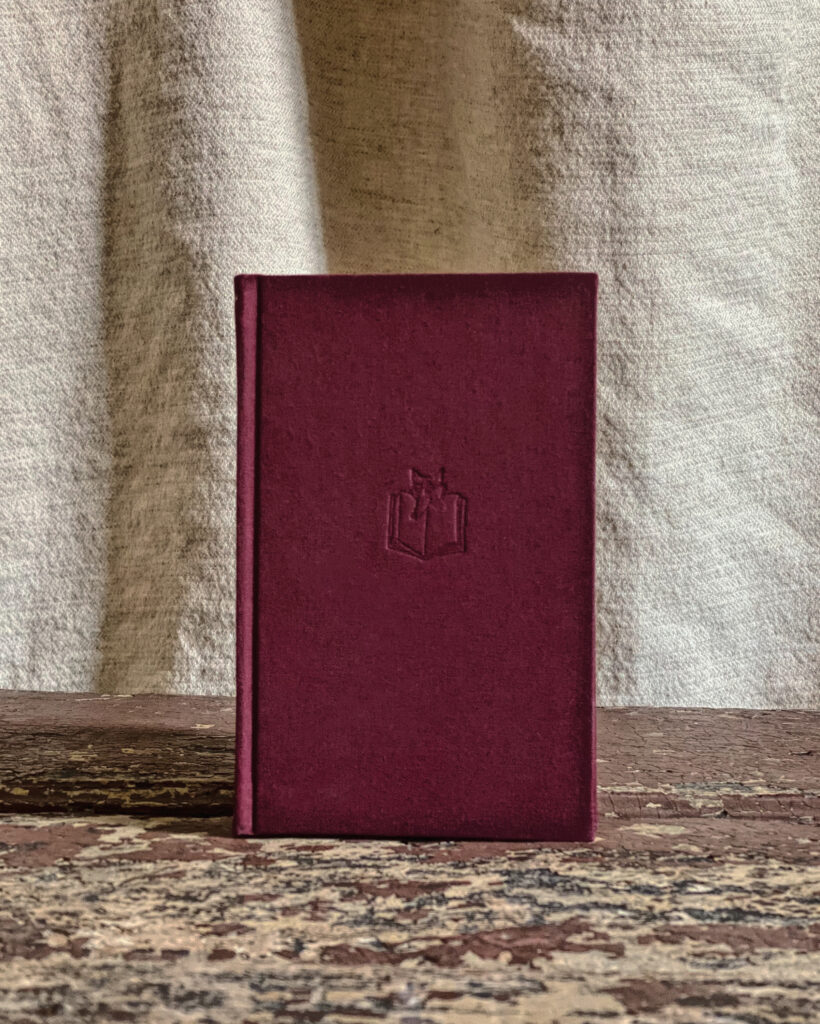 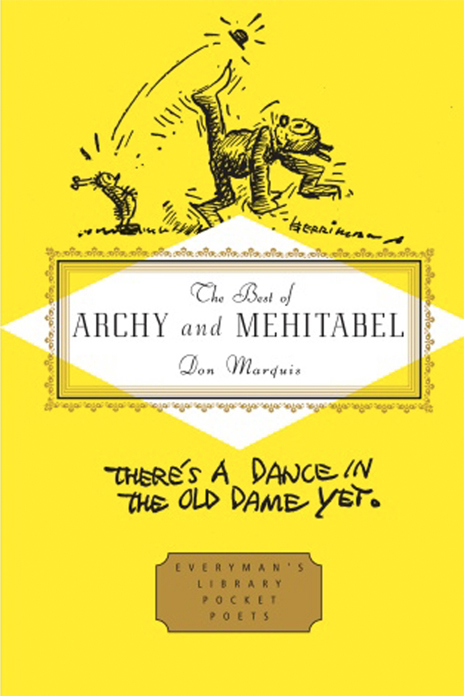 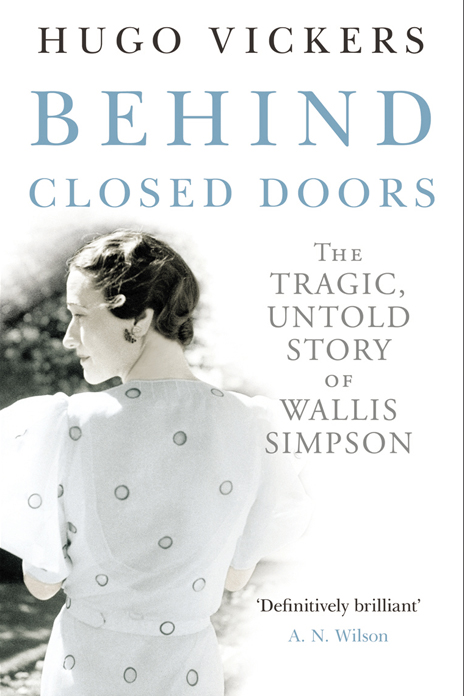 Don Marquis, The Best of Archy and Mehitabel

A poet in a former life, Archy has been reincarnated as a cockroach who types by diving head first on to a typewriter (and is famously unable to operate the shift key to produce capital letters); his side kick Mehitabel is an alley cat who claims to have once been Cleopatra.

Funny, wise, tender and tough, Archy’s poems evoke Jazz Age New York as seen from the alley. Don Marquis’s famous fictional insect appeared in his newspaper columns from 1916 into the 1930s, and he has delighted generations of readers ever since.

This volume includes George Herriman’s whimsical illustrations and a classic introduction by the novelist E. B. White.

The celebrated American author, editor and essayist Anne Fadiman was born in 1953 into a family of booklovers and writers. Her mother Annalee was the only female war correspondent in China during the Second World War, and her father Clifton was a successful author, critic, columnist, publisher and MC of the popular NBC radio quiz show Information Please. Anne and her brother Kim grew up surrounded by thousands of books and the entire family were committed ‘sesquipedalians’, besotted with very long words. The effect of this ‘pathologically bookish’ childhood was celebrated in Anne’s well-loved collection of warm and witty essays, Ex Libris: Confessions of a Common Reader.

The Wine Lover’s Daughter began life as an idea for an article Anne pitched to Harper’s magazine. ‘I think I could tell the story of my father’s life and character through wine,’ she proposed. The article never materialized but the idea took root and, thankfully, Anne decided to write this memoir. Born in Brooklyn to Eastern European immigrants, Clifton Fadiman believed his twin passions – books and an appreciation of wine – were essential to his reinvention as the model of a modern, cultivated man; to learn about wine was, as he often said, both civilized and civilizing. Anne traces her father’s love affair with wine from his first taste of a white Graves 1927 (on a trip to Paris, where he went to retrieve his wayward first wife) to the Château Lafite-Rothschild 1904 he opened to celebrate his eightieth birthday, and, in doing so, she evokes an entire era of American life. With characteristic wit she also examines her own relationship with her father, writing tenderly and movingly about a vital man yet remaining clear-sighted about his failings.

Hugo Vickers has an encyclopaedic knowledge of the Royal Family, and has had a fascination with the story of Wallis, Duchess of Windsor, since he was a young man. While he has his own theories about the Abdication itself, and he makes it clear that Mrs Simpson did not lure the King from the throne, the drama of this narrative comes from the criminal exploitation of a sick woman after the death of her husband. 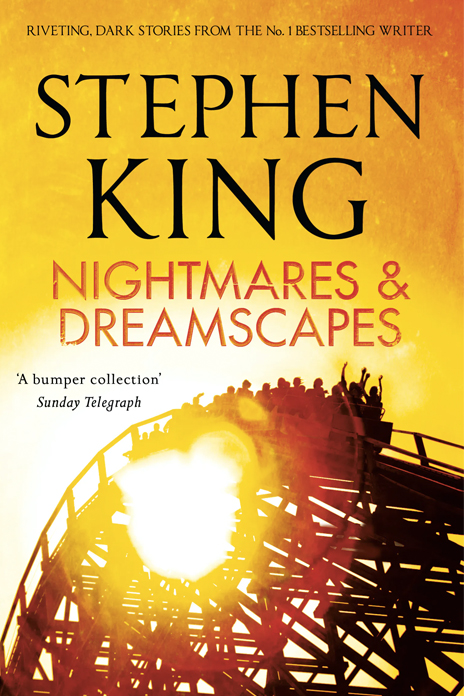 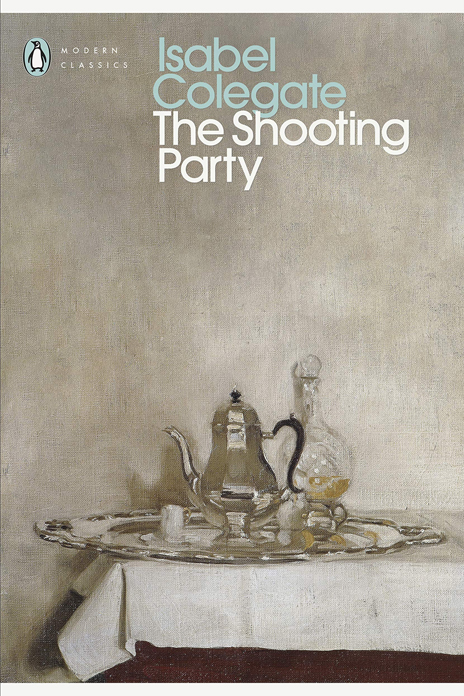 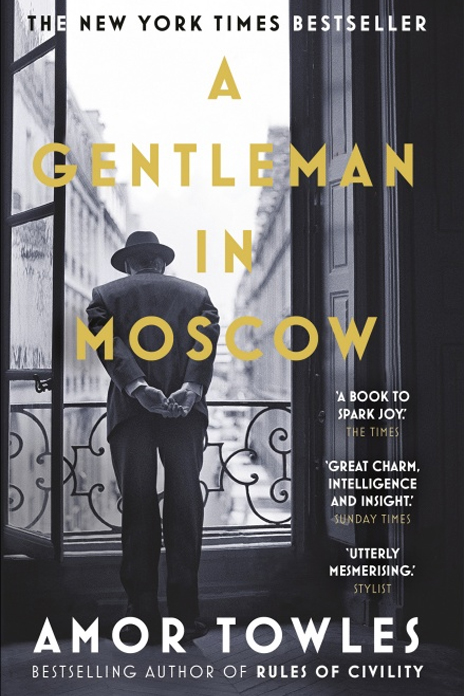 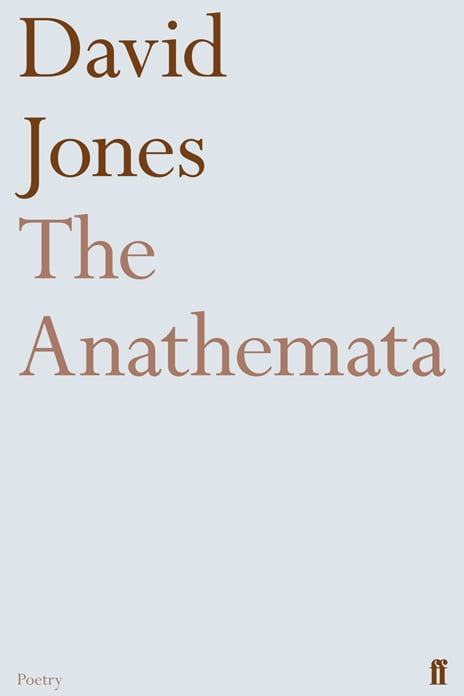 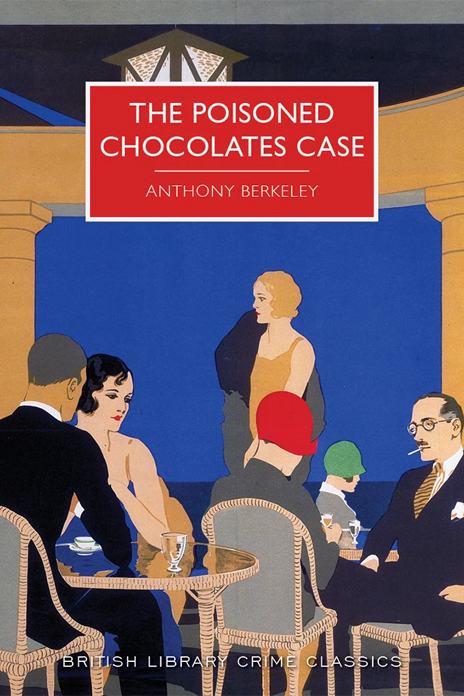 A solitary finger pokes out of a drain. Novelty teeth turn predatory. Flies settle and die on an old pair of sneakers in New York. The Nevada desert swallows a Cadillac.

Stephen King’s wild imagination is richly demonstrated in the short stories collected together in Nightmares & Dreamscapes, from tales of the macabre and monstrous to brilliant pastiches of Raymond Chandler and Sir Arthur Conan Doyle, as well as a heartfelt piece of non-fiction on Little League baseball that first appeared in The New Yorker.

In 200-odd pages of verse, prose, image and inscription, David Jones’s The Anethamata explores, and muses on, the development of humankind from its pre-human ancestors; the formation of Europe, both geological and cultural; the nature of human beings as creatures who make things; and, key to it all, faith and the Christian mysteries. There is so much meaning to discover.

Anthony Berkeley provides a perfect nesting ground for false solutions in The Poisoned Chocolates Case. Graham and Joan Bendix have apparently succeeded in making that eighth wonder of the modern world, a happy marriage. And into the middle of it there drops, like a clap of thunder, a box of chocolates. Joan Bendix is killed by a poisoned box of liqueur chocolates that cannot have been intended for her to eat. The police investigation rapidly reaches a dead end.

Chief Inspector Moresby calls on Roger Sheringham and his Crimes Circle – six amateur but intrepid detectives – to consider the case. The evidence is laid before the Circle and the members take it in turn to offer a solution. Each is more convincing than the last, slowly filling in the pieces of the puzzle, until the dazzling conclusion.

Amor Towles, A Gentleman in Moscow

On 21 June 1922 Count Alexander Rostov – recipient of the Order of Saint Andrew, member of the Jockey Club, Master of the Hunt – is escorted out of the Kremlin, across Red Square and through the elegant revolving doors of the Hotel Metropol.

But instead of being taken to his usual suite, he is led to an attic room with a window the size of a chessboard. Deemed an unrepentant aristocrat by a Bolshevik tribunal, the Count has been sentenced to house arrest indefinitely.

While Russia undergoes decades of tumultuous upheaval, the Count, stripped of the trappings that defined his life, is forced to question what makes us who we are. And with the assistance of a glamorous actress, a cantankerous chef and a very serious child, Rostov unexpectedly discovers a new understanding of both pleasure and purpose.

The Shooting Party by Isabel Colegate is a quiet, elegant meditation on class frustration and the transience of human concern. It is the autumn of 1913 and Sir Randolph Nettleby has assembled a brilliant array of guests at his Oxfordshire estate for the biggest shoot of the season.

Everything about this weekend would seem a perfect consummation of the pleasures afforded the privileged in Edwardian England, yet the moral and social code of this group is not as secure as it appears. Competition beyond the bounds of sportsmanship, revulsion at the slaughter of the animals and anger at the inequalities of class are about to rise up and engulf social peace.

The following books are also featured in this issue of Slightly Foxed magazine but are currently out-of-print (correct winter 2021) and only available in second-hand editions. For help searching for second-hand books, please contact the Slightly Foxed office.

The full bibliography of recommended reading from Slightly Foxed: The Real Readers’ Quarterly magazine Issue 72 can be found on the contents page of the printed issue and on its listing here on our website, together with links to the online articles. For many more recommendations for good reading, why not take out a subscription or browse back issues of Slightly Foxed magazine?

The winter catalogue includes our book recommendations from other publishers’ bookshelves.