Anyone who was around in the mid-1960s can probably whistle ‘Lara’s Theme’, and quite a few will remember the film for which the tune was written, in which the glamorous Julie Christie and Omar Sharif modelled fur coats in the snow. But how many people today read the book on which the film was based, the literary scoop of the twentieth century, the bestseller that won the Nobel Prize for Boris Pasternak?

Doctor Zhivago was a political as well as a literary sensation. Smuggled out of Russia and published by Feltrinelli of Milan in 1957, it became a Cold War cause célèbre. One of its greatest fans was the American Central Intelligence Agency. The CIA secretly produced the first Russian-language edition and arranged for it to be handed out to Soviet visitors to the Brussels Expo in 1958 – not by Americans, to be sure, but by priests and lady volunteers with ‘pointed noses and blessed smiles’ in the Vatican pavilion, according to Novy Mir.

As for its literary merits, Vladimir Nabokov, a near contemporary of Pasternak’s, was scathing. He described Zhivago as ‘a sorry thing, clumsy, trite and melodramatic, with stock situations, voluptuous lawyers, unbelievable girls, romantic robbers and trite coincidences’, adding – with a final jab – that it must have been written by Pasternak’s mistress Olga Ivinskaya. As the authors of a fascinating recent book (The Zhivago Affair, by Peter Finn and Petra Couvée) point out, however, Nabokov may have been motivated by jealousy: Doctor Zhivago knocked his Lolita off the top of the bestseller list.

Is Zhivago a great book, or just an important one? That was the question that bothered me when recently I discovered a copy of the first English edition (1958) in a remote bookshelf at home. The book had my father’s name written inside but the writing looked like mine. Had I borrowed it to read years ago? I couldn’

Christian Tyler has deferred his intended literary pilgrimage to Russia, and is researching a book on political dissidents. 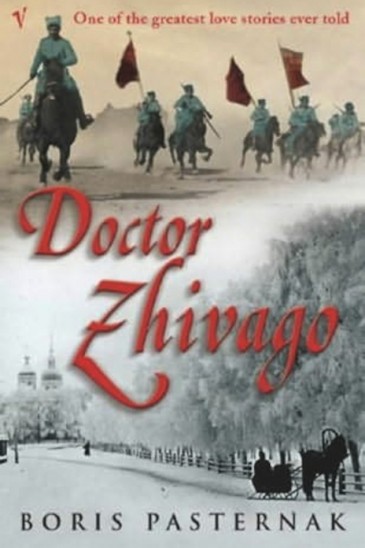 Chance put this book into my hands – and I shall be forever grateful to her. Searching for local colour from late seventeenth-century Rome for a project of my own, I came across the Italian historical thriller Imprimatur (2002) by Rita Monaldi and Francesco Sorti. Whodunnits are not really my thing, but this seemed likely to fit the bill. It had been a hit all over Europe and was favourably compared with Umberto Eco’s The Name of the Rose.

In many ways The Life and Opinions of Tristram Shandy, Gentleman is a maddening book. It is funny, of course, but also eccentric, anarchic and longwinded; and it’s hard to understand why it survived to become a classic. Perhaps these days only university students and professors read Tristram Shandy. But for two centuries it was a family favourite. My great-grandfather Walter Congreve discovered it while lying wounded in hospital during the Boer War. He carried it with him – alongside the Bible – through the First World War, to his military command in Palestine and thence to Malta as governor.