April April, and winter winter – no more? Greetings from No. 53 Hoxton Square, where it seems that spring has at last put a stop to winter. Long may it last! Whatever the weather may bring, the forecast for prevalent long-term conditions here at Foxed HQ is fair, calm, and mainly sunny. We’ve sent the summer issue of the quarterly and the coming Edition off to the printer and we’ve signed off on several new Foxed Cubs, a Plain Edition of one of our best-loved memoirs (Gwen Raverat’s Period Piece) and a piece of original publishing – all for the autumn. We’ve created a dedicated sub-committee (two humans, one dog) to plan the all-important ‘silver fox’ 60th issue celebrations this December, and we’re chewing over a number of new ventures and exciting prospects for later in the year too.

Before we get too far ahead of ourselves, we must soon go down to the seas, but not a sea of the lonely variety, rather to the exciting and vibrant-sounding Sea Fever Literary Festival in Wells-next-the-Sea on the North Norfolk coast where SF Editors Gail and Hazel will be speaking on Saturday 12 May. You’ll find more details about this event further down the page.

But first, inspired by the call of the sea, for this week’s newsletter we dived into the Slightly Foxed archives and fished around for something suitably watery. We floated past some very good pieces on Swallows and Amazons (Issue 18), Patrick O’Brian (Issues 40, 42, 44) and The Compleat Angler (Issue 54), but we were looking for something a little more unusual. A few more kicks and there it was: nineteenth-century fisherman on the east coast of Scotland, a lost love and plenty of adventure. So off we go to sea, with Galen O’Hanlon on Neil M. Gunn’s The Silver Darlings.

With best wishes, as ever 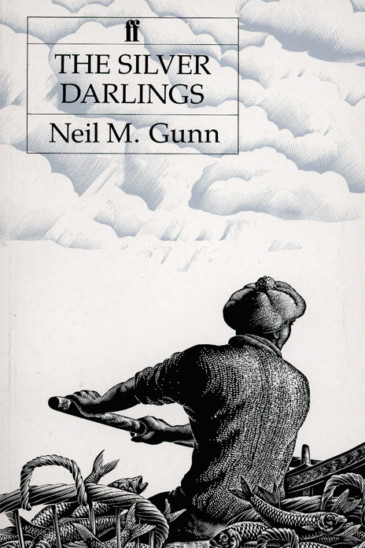