In 2016, in a debate organized by the Brontë Society, a panel of four writers discussed the relative merits of Jane Eyre (see SF no. 40) and Charlotte Brontë’s last novel, Villette. When an audience vote was taken, the earlier and better-known book won, but only by a small majority; the two writers defending Villette had been eloquent in its praise. As one of them said, you often come to appreciate it later in life. If Jane Eyre is Pride and Prejudice, Villette is Persuasion.

The general reading public has always voted unequivocally for the bestselling Jane Eyre.

Not only is Villette a darker book, but the popular image of the Brontës does not readily associate them with a continental girls’ boarding school. And I must admit that Villette’s heroine Lucy Snowe initially failed to engage me, perhaps because I was too young when I first read it.

Charlotte’s publisher George Smith, who had brought her fame overnight with Jane Eyre, had his own doubts about Villette when he received the manuscript. For one thing, he feared that readers would take a dim view of Lucy for being in love with two men: halfway through the book she transfers her affections from the handsome young Englishman Graham Bretton to Paul Emmanuel (‘Monsieur Paul’), a fellow-teacher at Madame Beck’s Pensionnat in the town of Villette.

One aspect Smith did not comment on, however, but which can hardly have escaped his notice was that Graham Bretton was closely modelled on himself. For a time, the 36-year-old Charlotte was attracted to her charming young publisher, who was her host on her trips to London.

Did she feel any discomfort at the thought that as Smith read the manuscript he was also reading her feelings about him (including her astute assessment of his limitations)? We don’t know, but we do know that she had a history of drawing heavily on real people and pl

Helen MacEwan is a translator and former teacher who lives in Brussels. Her books include The Brontës’ Brussels, an illustrated guide to Charlotte and Emily Brontë’s time in the Belgian capital, and Through Belgian Eyes: Charlotte Brontë’s Troubled Brussels Legacy. 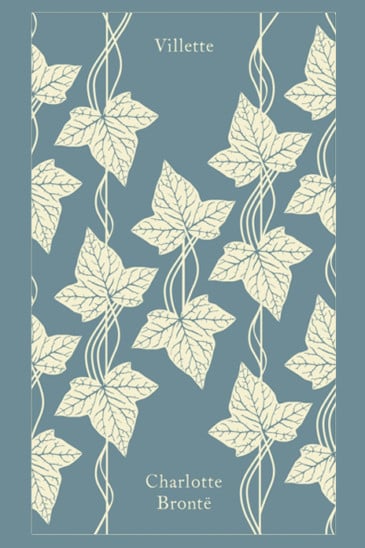 In this seasonal episode, the Slightly Foxed team are guided through a snowstorm of winter writing over twelve centuries by the literary critic and author of Weatherland, Alexandra Harris. The tour takes us from Anglo-Saxon mead halls and monsters to Renaissance bodily humours, then on through cool, translucent Enlightenment weather into the dark cloud of the nineteenth century and beyond. We visit frost-fair carnivals on the frozen Thames with Virginia Woolf’s Orlando, brave the Brontës’ wild moorland, stay steamed up indoors with Jane Austen, sink into Dickens’s pea-soupers and see in the ‘year’s midnight’ with John Donne as we listen to a winter’s tale through literature.