In many ways The Life and Opinions of Tristram Shandy, Gentleman is a maddening book. It is funny, of course, but also eccentric, anarchic and longwinded; and it’s hard to understand why it survived to become a classic. Perhaps these days only university students and professors read Tristram Shandy. But for two centuries it was a family favourite. My great-grandfather Walter Congreve discovered it while lying wounded in hospital during the Boer War. He carried it with him – alongside the Bible – through the First World War, to his military command in Palestine and thence to Malta as governor.

Another forebear, Henrietta Maria Stanley, gave an autographed first edition of Tristram Shandy to her grandson Bertrand Russell when he asked for it for his birthday. Normally she was dismissive of her shy grandson: on one occasion she quizzed him about science books, none of which he had read, then turned to her roomful of visitors and sighed: ‘I have no intelligent grandchildren.’ But this request pleased her greatly. ‘I won’t write in it,’ she told him, ‘because people will say what an odd grandmother you have!’ She inscribed it nonetheless.

One of my cousins was christened Tristram after Sterne’s narrator. More recently my stepson, a former drama student, wrote a very creditable stage adaptation of the book, though it was never performed. About the same time a film appeared called A Cock and Bull Story (the title taken from the novel’s last line) which mimicked on screen Sterne’s theme of a work which is trying, but failing, to get itself written.

As for me, I suppose I owe my first job to Tristram Shandy. In the late ’60s I was a hopeful Cambridge graduate trying to get a job on a newspaper. But jobs were scarce; and graduates were viewed (at least in the provinces) with deep suspicion. At length I was granted an interview with the Yorkshire Post where the editor, unimpressed

Christian Tyler gratefully acknowledges Sterne’s help in his career. He continues to feel sentimental towards Yorkshire. 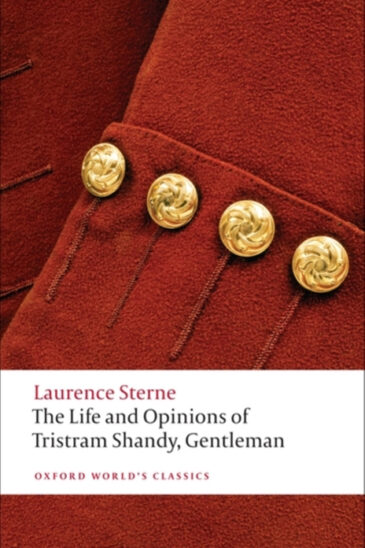 Chance put this book into my hands – and I shall be forever grateful to her. Searching for local colour from late seventeenth-century Rome for a project of my own, I came across the Italian historical thriller Imprimatur (2002) by Rita Monaldi and Francesco Sorti. Whodunnits are not really my thing, but this seemed likely to fit the bill. It had been a hit all over Europe and was favourably compared with Umberto Eco’s The Name of the Rose.