Sword of Bone – the title is from Milton’s Samson Agonistes – was first published in 1942, the same year that Richard Hillary’s The Last Enemy appeared. Rhodes and Hillary, near contemporaries, had a lot in common . . . His tone of voice, like Hillary’s, is tolerant, sceptical and ironic. Of a suave French liaison officer he writes: ‘He had the air of having lived permanently at Pruniers, and of having drunk more cocktails than were good for him; all the signs, in fact, of a civilized man.’ Another mark of a civilized man is his desire to live in peace. Even so, Rhodes did not expect to find, on a visit to the Maginot Line, that there existed an unofficial truce between its defenders and the Germans opposite.

Extract from Michael Barber’s preface to SFE No. 35: Anthony Rhodes, Sword of Bone

Our series of Slightly Foxed Editions are all absorbing reads – hitherto forgotten memoirs that bring alive a particular moment, that allow you into someone else’s world and make you feel you have actually known the writer. Often these books light up a period in a way no history book can.

And that is what Anthony Rhodes has done in Sword of Bone, his wry account of the events leading up to the evacuation of the British Expeditionary Force in May 1940 – a ‘strategic withdrawal according to plan’ as the chaos was officially described. He manages to capture the absurdity as well as the tragedy of what took place in Dunkirk. For all its humour, Sword of Bone is a penetrating comment on the cruelty of war.

Please find links to the book below, together with further recommendations for books that bring to life remarkable moments from history. 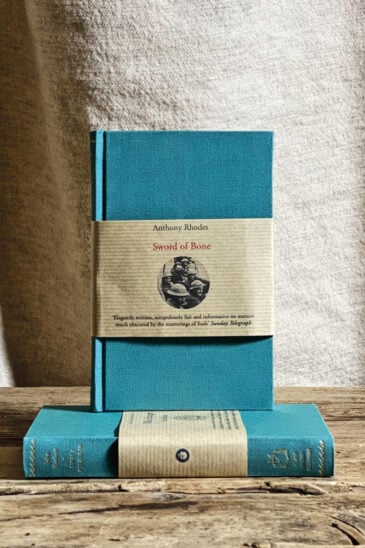