0
Worldwide shipping on all subscriptions, books and goods || We are delighted to announce that we are now able to take orders for delivery to all countries in the EU. Please do place your orders as usual and if you have any queries, please email [email protected]
Slightly Foxed > An Index to Slightly Foxed > Hare, Cyril

Cyril Hare is the pseudonym of Alfred Alexander Gordon Clark, who was born in 1900 and died in 1958. He was a barrister who became a county court judge and took his writing name from his London home, Cyril Mansions in Battersea, and his chambers in the Temple, Hare Court. His great strength is the use he made of his expert knowledge, both as barrister and judge. Tragedy at Law, published in 1942, was his favourite novel and introduced his hero, Francis Pettigrew, an ageing and very able barrister but one who has never fulfilled his early promise. Pettigrew is aided in his detection – or is it perhaps the other way round? – by a professional police officer, Inspector John Mallett of Scotland Yard, who had appeared in previous detective stories by Hare.
1 Dec 2006 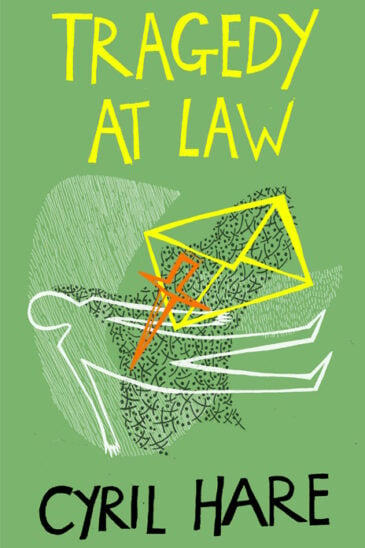