0
We are temporarily suspending all deliveries to the EU but hope to resume posting shortly. If you live in the EU and you’d like to place an order, please email us at [email protected] before you order || All post to the UK and the rest of the world is unaffected, so please continue to place your orders as usual
Slightly Foxed > An Index to Slightly Foxed > Keay, John

Scrolling idly through the SOAS Library’s subject catalogue, I must have brushed an unusual combination of keys, so activating a random function not mentioned on the options bar nor widely known to researchers. The feat has since proved impossible to repeat. But I keep trying; for it was thanks to this truly serendipitous action that up flashed a title which, for its crystal candour, can seldom have been bettered. Fish and Fish Dishes of Laos was so specific it had to be just that – a handbook and culinary guide to the fish to be found in landlocked Laos. The author was Alan Davidson, the publisher Prospect Books, the category ‘Long Loan’, and the status ‘Available’. Like a minnow into the reeds, I darted to the stacks.
1 Jun 2005
In her foreword to Krishna Dutta’s Calcutta, the novelist Anita Desai mentions how visitors from that city, on unpacking in the dry air of her Delhi home, invariably release a distinctive odour. ‘Damp, mouldy, deltaic, even swampy’, it clings not just to clothes but, less eradicably, to the luggage itself. I myself possess a stained and crinkled suitcase that, twenty years after its last monsoon outing to Calcutta, still reeks of bilge water. Any organic elements must long since have expired, and desiccation has lent a sub-whiff of archaeological respectability, but still it pongs. And like India itself, I can’t bear to part with it.
1 Mar 2004
The focus of John Keay’s two books is the evolving imperial game that British India played on its north-west frontier. The Khyber Pass was one of the great invasion routes of history, and for all the Victorians knew there were other access points hereabouts. Early on in the century there were worries that Napoleon might have a go, but it was Russian steps through central Asia that turned it into the Great Game and impelled some of the most extraordinary feats of exploration. As intrepid Russians pushed south, heroic Britons pushed north. ‘Bagging the Pamirs’ was a rather different proposition from ‘bagging Munros’ in the Scottish Highlands, yet surely only the Victorians could have arranged for a naval lieutenant, John Wood, to be the first Briton to stand on the roof of the world.
1 Sep 2007
I’m not sure whether it was India that introduced me to R. K. Narayan or R. K. Narayan who introduced me to India. Each superimposed itself on the other so that they became indistinguishable. Travelling round India any time in the 1970s meant reading a Narayan; and reading a Narayan anywhere else meant being transported to India. An Indian train journey was unthinkable without one. In a sense it was one, for the Narayan experience began as soon as you ventured on to railway property. This was his world. His dozen or so novels had been inspired by the vision of a unremarkable town on the main line to Madras with a station nameplate that announced it as MALGUDI. Railway life loomed so large in his fictional Malgudi that attentive readers came to know exactly what to expect and could stroll from ticket barrier to tiffin room as if to the platform born.
1 Jun 2009
The generation that survived two world wars seemed to like nothing better than to go on reading about them. Well into the 1950s bookshops in the UK awarded pride of place to covers featuring grown-ups in cap and uniform superimposed on scenes of exploding ordnance and diving aircraft. In non-fiction as in fiction ‘War’ dominated the High Street; part-works, comics, board games and films catered to the same taste. Then around 1958, possibly in reaction to the Suez débâcle, ‘War’ began beating a retreat. ‘History’, ‘Travel’ and ‘Biography’ were encroaching. Within a decade the uniforms and the bombs had been banished to subterranean stacks now entitled ‘Military’.
1 Jun 2010
The beauty of short books is that you can afford to read them more than once. In the case of Nicolas Bouvier’s The Scorpion-Fish I read it through and then double-read it. In other words, on the second reading I read each page twice before turning to the next. With just 30 lines a page and 140 pages, it didn’t take long. It was entirely pleasurable and I felt I owed it to an author I’d once had breakfast with. . .
1 Jun 2017
I did, though, on someone’s recommendation, pick up an English translation of This Earth of Mankind (1980). The first volume in the Buru Quartet, it forms a necessary introduction to those that follow and is in many ways the most evocative. The book itself smelled faintly of cloves. The text told of bamboo rustling in the night breeze, of furtive encounters and noisy frogs and thick black coffee under the bougainvillaea. To someone ignorant of all save Bali’s beaches, it brought the land and its peoples alive. I read on.
1 Mar 2015
Dictionaries, encyclopaedias and the like are best browsed at leisure; approach them with an open mind and prepare for the unexpected. The entry sought may confirm or confound one’s expectations but greater enlightenment generally lurks elsewhere on the page. As with companions of any sort, the test of a compendium lies in the extent to which it diverts.
1 Dec 2012 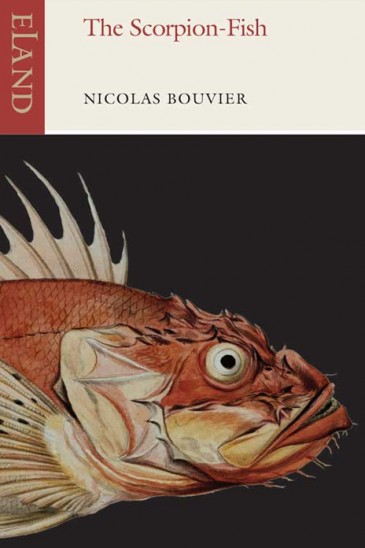