Christopher Robbins was a British writer and journalist. He wrote the 1978 bestseller Air America about the secret airline run by the CIA for covert operations during the Vietnam War, which was made into a film in 1990.

My routine was to stay in the house and write most days, and then go out with Brian for dinner, either to a restaurant or the home of one of his friends. La Belle Hélène was the bar and res­taurant we most frequented, owned by a strangely glamorous, middle-aged French lesbian with a face of elephant hide. She was said to have bought the establishment with money earned during a long circus career as a motorcyclist on the flaming wall of death. We ate elaborately at La Belle Hélène and drank copi­ously, and Brian indulged us extravagantly at lunch and dinner.
10 Jan 2022
The Empress of Ireland is the novelist and screenwriter Christopher Robbins’s account of his friendship with the most successful forgotten Irish film director of all time, Brian Desmond Hurst . . . The book, simply, is a masterpiece, and its neglect is as inexplicable as that of its subject. Still Life by Richard Cobb, first published in 1983, is a memoir of a Tunbridge Wells childhood. Cobb, historian and Francophile, seems to have had a photographic memory, and his memoir is both an uncannily vivid resurrection of past times . . .
4 Oct 2021
‘Slightly Foxed is another brilliant imprint, publishing small hardback books from unfairly neglected authors. This year’s finest includes Christopher Robbins’ hilarious The Empress of Ireland, an account of the friendship between an English journalist and Brian Desmond Hurst, a flamboyant film director . . .’
15 Dec 2020
Essentially it is the story of the friendship between Christopher Robbins, a struggling young freelance journalist, and Brian Desmond Hurst, an ageing Irish film director who had already outlived his talents and gloriously continued to do so up to his death in 1986. For a delicious period of pure fantasy in the mid-1970s the two lived the life of Reilly together. When he first met Hurst the young Robbins was in his late twenties and vainly trying to claw his way out of perpetual debt. The agent of his introduction was an enigmatic American hipster masquerading as a German count whom he’d run into in Spain, and whose expertise was ‘putting people together’.
1 Jun 2020
‘Eccentricity’, wrote Edith Sitwell, ‘exists particularly in the English, and partly, I think, because of that peculiar and satisfactory knowledge of infallibility that is the hallmark and birthright of the British nation.’ Ah, those were the days. And just in case this unfashionable declaration of tribal perfection fails to establish Dame Edith’s unabashed élitism, she adds: ‘Eccentricity is not, as dull people would have us believe, a form of madness. It is often a kind of innocent pride, and the man of genius and the aristocrat are frequently regarded as eccentrics because genius and aristocrat are entirely unafraid of and uninfluenced by the opinions and vagaries of the crowd.’
1 Mar 2010
The most unorthodox branch of the American Legion, the United States’s organization of war veterans, is ‘China Post One, Shanghai – Soldiers of Fortune in Exile’. Founded in 1919, it originally met in the American Club in Shanghai until war and revolution chased it out. Today it is the only American Legion post in exile and nominally headquartered in a Communist country. The membership roster, made up of adventurers, mercenaries, CIA-paramilitary types, spooks, old China hands, and a curious mélange of pilots, includes legendary figures from the Far East.
1 Jun 2011
American presidential memoirs have tended to be self-serving tomes, designed to massage reputations and secure their authors a fat windfall on retirement. This was not the case with the first, written by Ulysses S. Grant, who served two terms in the White House (1869–77). Grant does not write about his presidency but about his experiences as the victorious general of the Civil War.
1 Dec 2012
The words rolled out, natural and clear, and I listened with new ears and understanding. Enlightenment had finally come. Passages spoken aloud in an Irish accent, by someone who loved the prose enough to commit long passages to memory, released the book’s power. Its beauty had been unlocked not by a literary intellectual, but by a half-tight man in a cheap suit standing at the bar of a Dublin pub. Finnegans Wake was revealed as a work of sound rather than sense, a form of high falutin, Gaelic, literary rap. Ireland talking in her sleep. It was as if Brian had taken me by the elbow, and guided me into this particular tavern to receive a final, Celtic benediction.
1 Jun 2009
Many years ago, when I was in my early twenties, I lived in Copenhagen where I was registered with the Foreign Ministry as correspondent for The Times. But I made my living washing dishes. The paper paid by the line and used so little of my copy that I was forced to find illegal work as a scullion in one of the city’s less elegant restaurants. And it was during this time, morbidly attracted by the title, that I found a copy of Down and Out in Paris and London.
1 Mar 2009 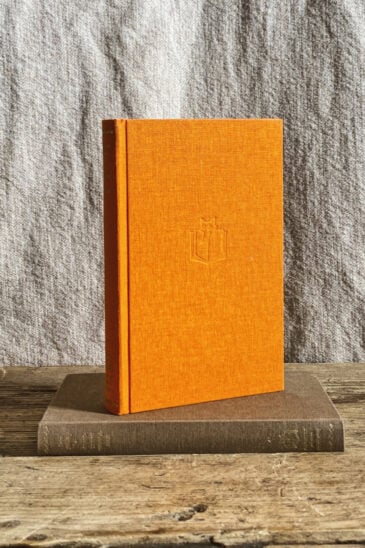