In 1935, Denton Welch – then an art student at Goldsmith’s College – was knocked off his bike on a busy road just outside Bromley. He spent over a year in hospital and was permanently weakened by his injuries. He died thirteen years later at the age of 33, leaving behind him a few strange but compelling books – all of which obsessively pick over Denton’s recollections of his life before the accident. They culminate in A Voice through a Cloud, a nightmarish account of his months in hospitals and convalescent homes in southern England. He died before he finished it and it ends, with poignant abruptness, in the middle of a paragraph, with Denton sitting, uncertain and in pain, in his doctor’s car which is parked outside a bungalow in Broadstairs.
1 Mar 2005
In 2005 an excellent article by Lucy Lethbridge about Denton Welch appeared in Slightly Foxed. So why another? Well, he is one of those writers who attract a small but passionate band of devotees. Though regarded as a minor author by many, much as Saki is, or Nancy Mitford or Henry Green, he has nothing in common with any of these. He is unique, and my love of his books has continued throughout my reading life.
1 Jun 2013 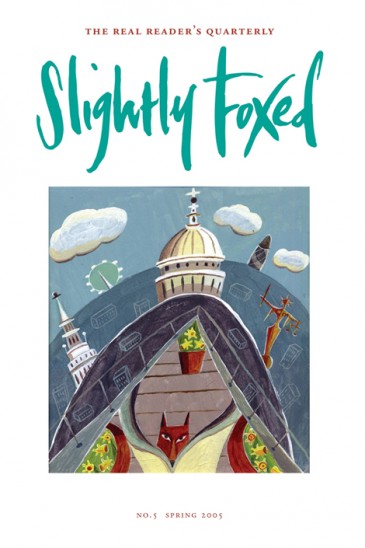