This vivid study of life at girls’ boarding schools between 1939 and 1979 is both hilarious and poignant, finds Maggie Fergusson.

Women who have been to boarding schools,’ writes Ysenda Maxtone Graham, ‘live with flashbacks both joyous and nightmarish.’ reading this hilarious, poignant study, I had two. The first was of a thunderstorm during which our headmistress, Mother Bridget, summoned the school to the concert hall to read Act 3 of King Lear: an act of inspiration. The second was of yawningly dull weekends, when our only occupation was to ‘report’ hourly to the nun on duty. Some girls on the nun’s list had ‘G’ by their names. This meant ‘Greasy’ and allowed them to wash their hair twice a week.

In creating this ‘patchwork of twentieth-century boarding-school life’, Miss Maxtone Graham has spoken to scores of old girls. Some were at school way back in the 1930s and all had left before the advent of the duvet—which ushered in a new warmth and cosiness—in about 1979.

Her writing is crisp, every word precisely weighed. She never tells us what to feel, but simply presents her evidence and leaves us to gasp (often), laugh or, sometimes, cry. She finds gems in old prospectuses (‘the entry of all examinations is purely optional’), clothes lists (‘woven knickers’) and letters home. Here is Amanda Graham writing from Hanford in 1972: ‘We have super lessons today. reading, handwork, handwork, then the rest of the day is free.’

Hanford was a merry school. Girls brought their ponies and there were ‘galloping matrons’ to take them riding. However, most schools had no ponies and minimal merriment. Many were run by cardiganed spinsters, who felt it imperative to keep things comfortless and emotionally austere. Girls spent their free time straddling radiators to try to get warm, the food was foul and, apart from odd-job men, there was strictly no male company.

With the notable exception of Cheltenham Ladies’ College, academic standards were pitiful. When Frances Dove founded Wycombe Abbey in 1896, she promised that ‘the hours of study will be strictly limited’ and the belief that female braininess was unattractive persisted to the middle of the 20th century and beyond. At St Mary’s, Wantage, girls who went to university were so rare that they had their names emblazoned in gold letters in the hall. When Miss Maxtone Graham asked a group of Hatherop Castle old girls whether their school had had a lab, they thought she meant a labrador.

How can parents have chosen such schools? Often, they never even visited, but were charmed by some odd quirk in the prospectus—that the school had looms (St Mary’s, Wantage) or that Elgar had once leapt over the bird bath (Lawnside). Even when they did visit, their reasoning was eccentric. Camilla Geffen’s father chose Heathfield because the girls had no spots.

What parents wanted for their daughters was a suitable marriage as soon as possible after school; further education of any kind was discouraged. Diana Copisarow was only allowed to do a secretarial course ‘in case I married a rotter’.

So what became of them all? Many did marry young. Most had brought up their children before turning 40 and then threw themselves into good works. If this sounds bleak, it’s not necessarily so. In a bittersweet, final chapter, Miss Maxtone Graham argues that the rigours and privations of boarding schools gave their girls enviable qualities. They are resilient, unselfcentred, unspoilt; they look after one another.

Even the dim teaching had its silver lining. Many have gone on to do Open University degrees, join choral societies and subscribe to the Times Literary Supplement. If there’s one thing their education gave these girls, it was ‘a lifelong thirst to improve it’.
Read more at www.countrylife.co.uk 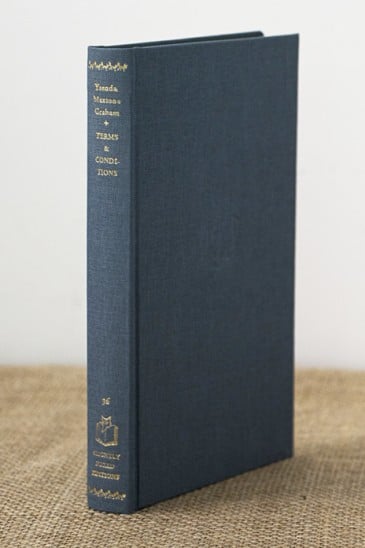