Damian Barr’s Literary Salon tempts the world’s finest writers to the world’s loveliest venues to read from their latest, greatest works and share their own stories.

They showcase established names alongside emerging talents. Armistead Maupin, Blake Morrison, Maggie O’Farrell, Sarah Perry, David Mitchell and Diana Athill are just some of the many writers who have graced the Salon since they started ten years ago.

The Literary Salon has popped up in Moscow, Istanbul, Sydney, Auckland, Sao Paolo, San Francisco, Toronto and Kuala Lumpur, and New York. Their current London home is the Lancaster Ballroom at the Savoy Hotel, a beautiful location that has long been loved by the literati: Zola, Twain, Maugham, Wilde and countless others have enjoyed the hotel’s hospitality since it opened in 1889.

‘I cannot believe the Salon has now been going for ten years. It has turned from an event into a community, and some Salonistas have attended every single Salon. The Savoy in London is our natural home, due to its storied history and views over the Thames – it’s a special place. The Salon is exclusive, not excluding: it is as much about the people in the audience as much as the guests on the stage, and is a conversation between the two. It’s been ten years of Salons and stories, and we look forward to making more memories.’ Damian Barr

And for your listening pleasure, the Literary Salon has a rich archive of podcasts. Recorded at past Salons and capturing many entertaining conversations, these podcasts feature Slightly Foxed contributors Sarah Perry, Richard Holloway and Diana Athill, as well as a whole host of other writing talents. Find out more about the Salons and download podcasts here: www.theliterarysalon.co.uk

Damian Barr has been an enthusiastic reader and supporter of Slightly Foxed for many years, as well as a champion of fellow Foxed Friends Gladstone’s Library and Much Ado Books, and we’re sure that the Literary Salon will appeal to our readers.

‘I adore Slightly Foxed. It should be made available in every school as it challenges the idea of the canon. The quarterly is full of impassioned pleas and raves about curious obsessions and literary passions, and to read about these passions is a real privilege.’ Damian Barr 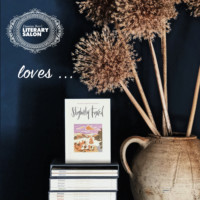 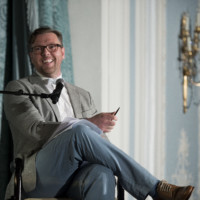 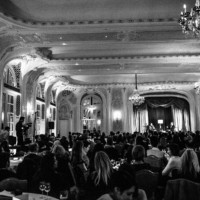 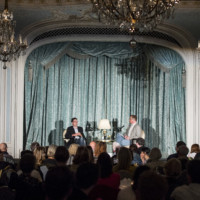 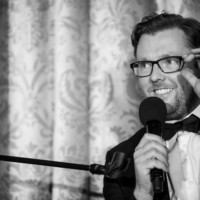 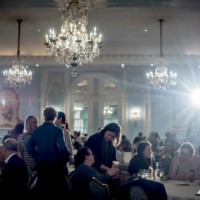 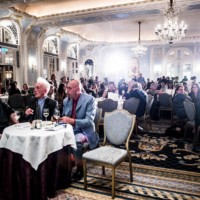 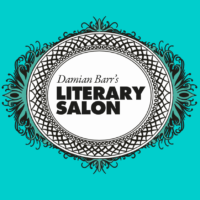