When a people disappears, they say the last thing to be forgotten is its food. You might not teach your children your mother tongue, but the chances are you’ll still cook them your mother’s recipes.

Thessaloniki today seems a thoroughly Greek place – all Byzantine churches and pork skewers. But at the turn of the twentieth century the Ottoman port then called Salonika was a very different city. Half its inhabitants were Sephardic Jews, who had arrived in the area after their expulsion from Spain in 1492. They still named their synagogues after their lost Iberian homeland – Aragon, Catalan – and they spoke Ladino, a Hebrew-inflected dialect of medieval Spanish. The rest of the townsfolk were a mix of Turkish-speaking Muslims and Greek and Bulgarian Christians who lived in different districts and worked in different trades. So long as all obeyed the Sultan’s laws and paid his taxes, the empire’s authorities did not care whether their subjects shared Ottoman values or were culturally integrated. Salonika was multicultural avant la lettre.

In the opening pages of Salonika: A Family Cookbook, by Esin Eden and Nicholas Stavroulakis, the latter calls the old city

an ancient house with many rooms, shared by different families whose paths only crossed in darkened corridors . . . Some rooms were full of light and open to the changes that were taking place in the world about this house, but others were dark, cradling hidden memories and events that were seldom, if ever, brought to light.

Now, the reader might raise a sceptical eyebrow at the words ‘family cookbook’. Personally, they make me think of spinsterly great-aunts with a taste for self-publishing. This is no jam-making memoir, however: it’s a last culinary record of a lost culture, and a window into a dark, tightly shuttered room. Esin Eden is a well-known Turkish actress, and her family – whose recipes

Constantine Fraser is a postgraduate at the LSE. He spends much of his spare time conducting research into Eastern Mediterranean cuisine. 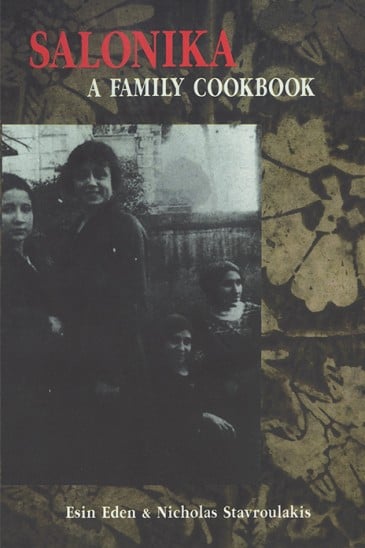 ‘I continue to enjoy reading and rereading Slightly Foxed and the books bought from the catalogues. Feasts indeed!’

Warm wishes from SF HQ, where festive spirits are high and feasting is on the menu: sipping and supping, hearty spreads of good reading and groaning tables (or in this case parcels and post bags) of seasonal treats. Present ideas for booklovers are abundant here at Slightly Foxed, and this week we’re shining the spotlight on our picks from other publishers’ bookshelves alongside our own wares. Please scroll down for recommendations selected on a similar theme. Whether you’re in need of a few good books for yourself or as gifts for someone you’re fond of this season, we hope you’ll find these suggestions helpful.

The food writer and chef Olivia Potts joins the Slightly Foxed editors for a literary banquet. Olivia was a barrister for five years before enrolling at Le Cordon Bleu, becoming a cookery columnist on The Spectator and writing A Half Baked Idea, a memoir with recipes. From finding consolation in cooking and precision in pâtisserie to nostalgia-soaked blancmange and family dinners in the Cazalet Chronicles, the conversation flows, welcoming Jane Grigson, Elizabeth David, Charles Dickens and the extraordinary Fanny Cradock to the table along the way. And in this month’s taste from the magazine’s archives, Rachel Khoo’s cookbook conjures up feasts in an attic in Paris.

The food writer Theodora FitzGibbon was a late beginner, professionally speaking. Born Theodora Rosling in 1916 she received a cosmopolitan education, travelling widely in Europe and Asia with her Irish father Adam, a naval officer and bon viveur afflicted with wanderlust as well as a wandering eye. Theodora had a number of siblings conceived on the wrong side of the blanket. He also introduced his daughter to the delights of whiskey and cigars at a perilously early age.

In this week’s free article from the archives, we travel back to SF Issue 13 with Jane Lunzer Gifford and sample the gastronomical delights of M. F. K. Fisher’s food writing. We do hope you enjoy this taste of Slightly Foxed.