Last Thursday was a red-letter day for me because it was that now rare thing, a real letter day. Among the catalogues, bills and offers to sell the house shoved through the letterbox was an envelope addressed in the distinctive handwriting of an old friend. For many years now, widowed and against all advice, she has lived alone in a slightly dilapidated house in a remote part of rural France, reading and rereading her favourite books, ruled over with an ‘iron paw’ by her dog and cat and subsisting on very little money. She sees a few local friends, but nowadays, she says, she tends more to reclusiveness, quoting Colin Dexter’s verdict on Inspector Morse: ‘He was somewhat of a loner by temperament – because though never wholly happy when he was alone he was usually slightly more miserable when with other people.’

It was a long, thoughtful, unhurried letter written over several weeks in answer to one of mine sent last Christmas, and everything about it, including the handwriting and the paper it was written on, conjured up my friend and the life she lives in a way which no email could have done. It’s not an original thought that we have lost something with the disappearance of personal letters but I do miss getting them, now that most people prefer to email. A letter feels like an invitation to a conversation whereas an email feels more like a command to get on and answer it.

I’ve always loved letters and there are many chunky collections on our shelves. One thing you know by the end of one of these volumes is whether you really like the writer. My all-time favourite is Penelope Fitzgerald, whose presence was beautifully evoked in a piece on her short stories by Linda Leatherbarrow in SF no. 63. As is well known, Fitzgerald, who came from a distinguished and intellectual family, had a tough life, both personally and financially, which is reflected in her fiction. To me she embodies many qualities that are no longer fashionable: subtlety, modesty, rigour, wit, irony, and generally sticking with things and doing your best, and I always feel both braced and entertained in her company. 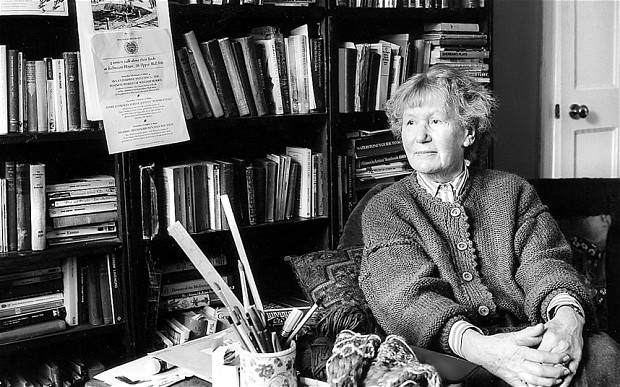 Her letters, published under the title So I Have Thought of You, have been edited in an exemplary way by her son-in-law Terence Dooley. In his introduction he conveys affectionately the impression of her that rises from these pages: shy and socially awkward, unpretentious yet ‘fearsomely confident of her own artistic rightness’ and extremely knowledgeable.

In person, one felt her reserves of sharp kindness, intelligence and sympathy. She was stern. She willed one to come up to the mark. She could be devastatingly funny. In letters, she could say all that she wanted to say, and couldn’t quite face to face. She did so in a way that was truthful, witty and persuasive, but above all focused on the person she was writing to.

That seems to me the definition of a good letter-writer. And who could resist a woman who wrote to her daughter in 1974, five years before she won the Booker Prize for Offshore, when she was living on a council estate in south London and teaching full-time at Queen’s Gate school in Kensington:

I can see poor Daddy is appalled at the idea of my giving up work – he says he would have to earn double the salary. But I’m getting so old I feel I must give up Queen’s Gate some time. I have tried dying my hair with a tea-bag but it did not make much difference.

Another person whose company I find comforting in these uncertain days is Andy, who comes from time to time to help us with pruning and general tidying in the garden. He arrived last week, after a considerable gap, to give it a haircut. Andy is a friendly, sympathetic and green-fingered person with a strong sense of community. Next to his house in Finsbury Park he and others have created a communal garden among the railway arches where all kinds of events – film shows, celebrations, Christmas carol-singing – take place. It’s one of London’s many small, hidden green spaces created in unpromising locations.

Normally when Andy comes I’m quietly apologetic about the weeds and the fact that I’ve forgotten to water the pots. Like many other people however, during lockdown I’ve been deeply grateful for our small garden and have spent a good deal of time both in it and on it. ‘I see someone’s been doing some work,’ said Andy, genuinely impressed by my efforts. Suddenly we were having meaningful conversations about soils, seaweed fertilizers and suitable plants for shade. It was like Gardeners’ Question Time. I even began to entertain the idea of a small greenhouse, though I’m not sure where we’d put it. When I’ve been talking to Andy I do come away with a feeling that The Answer Lies in the Soil. 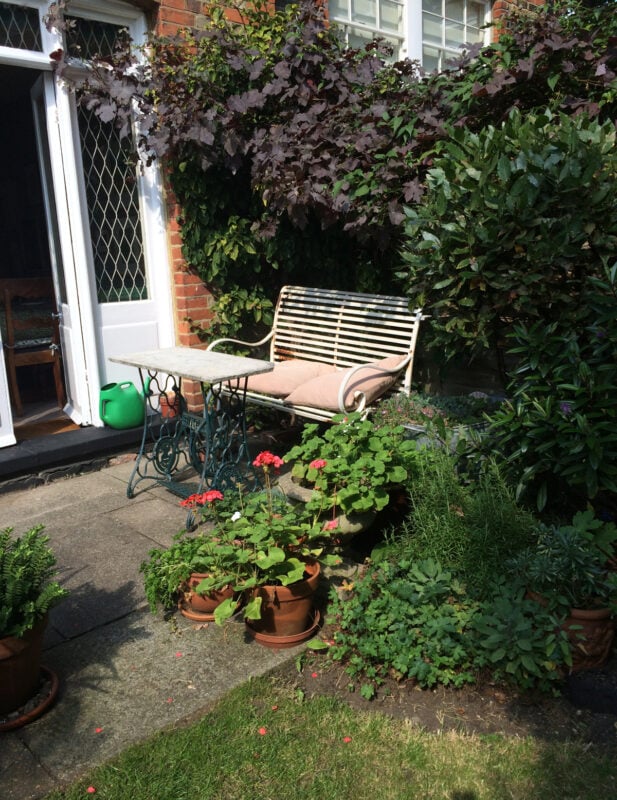 For the last month we’ve had a steady stream of visitors – family, friends, accompanying dogs and babies, all taking advantage of the easing of lockdown while it lasts. It’s been lovely to see them, to have fresh things to talk about, newly read books to discuss, recipes and gardening tips to share. Among them came Jennie, who has been on maternity leave from the SF office this year, with her husband Tom, baby Blythe and Tarka the whippet. In between long walks and equally long meals, we caught up on news and, inevitably, we had long conversations about Slightly Foxed. This year it feels as if much of life has been put on hold, but still we need plans for the future – could we produce another SF mug, what about bookends, another calendar, more bookmarks? And what about expanding our online bookshop, even acquiring a very small retail space? Well, time will tell.

Then, with the last visitors gone, the larder empty and the washing-machine in need of a rest, we became visitors ourselves. After months confined to Dartmoor we were off – only to neighbouring Dorset, it’s true, but it felt like a real journey, leaving behind the rugged moor and its narrow lanes, and driving on a road that swoops down into river valleys and then steeply up on to sheep-dotted downland, the sea a constant but unseen presence on our right. Past Dorchester we turned off the main road into a hamlet and then up a narrow lane until suddenly, at the crest of the hill, there was the sea, and in the bay beneath us, like the prehistoric beasts that once roamed Dorset’s Jurassic coast, some modern-day dinosaurs: four huge cruise ships lying at anchor, manned only by a skeleton crew, their voyages cancelled, their passengers gone. 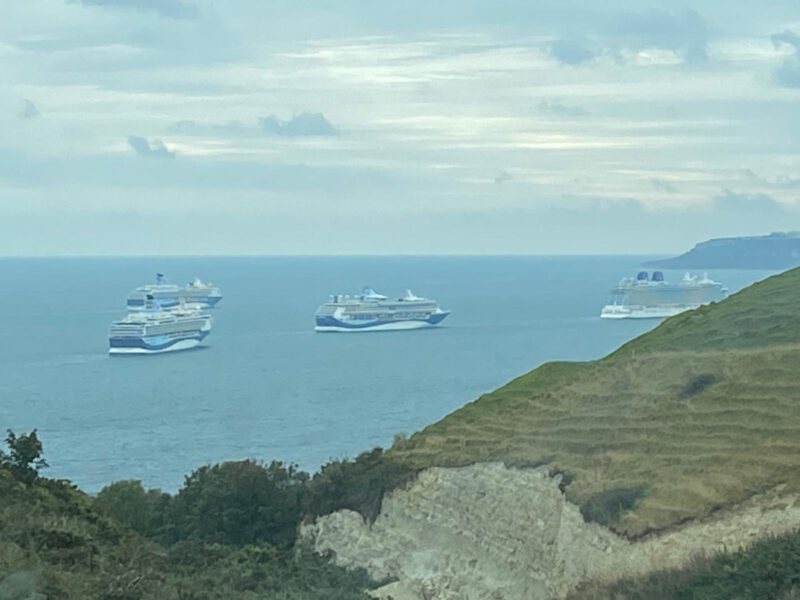 One of the things I love about Dorset are the names of some of its villages – Toller Porcorum, Sturminster Newton, Okeford Fitzpaine, Lytchett Maltravers, Winterbourne Zelston. So when our hosts suggested a visit to the irresistibly named Puddletown and its second-hand bookshop, we jumped at the chance. How strange it was to be back in a bookshop after so long, and how maddening to have to wear a mask – my glasses steamed up immediately. Never mind, we came across some treasures, not least a copy of Adolf in Blunderland (1939). Written by James Dyrenforth and Max Kester, illustrated by Norman Mansbridge and subtitled ‘A Political Parody of Lewis Carroll’s Famous Story’, it’s a glorious small piece of comic history. 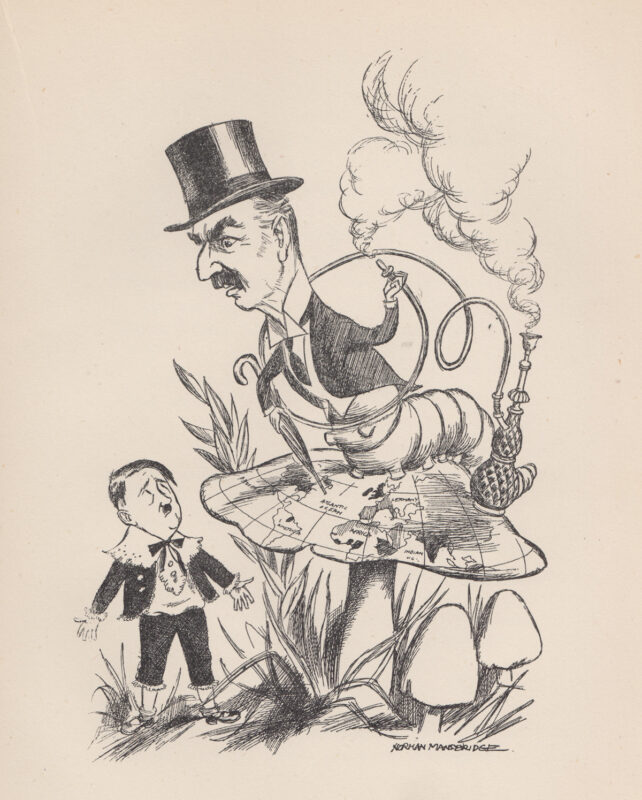 Now we’re home again and there have been more visitors. First the goshawk is back, spotted sitting on a rock just outside the kitchen window and looking thoroughly at home. We were very pleased to see him/her but I’m not sure everyone in the village is as delighted – there are rumours of chickens being taken. And then a neighbour tells me that a four-foot python has escaped from a house up the lane. Quite what someone is thinking keeping a python as a pet on Dartmoor is beyond me but its escape has added a certain frisson to local walks . . . 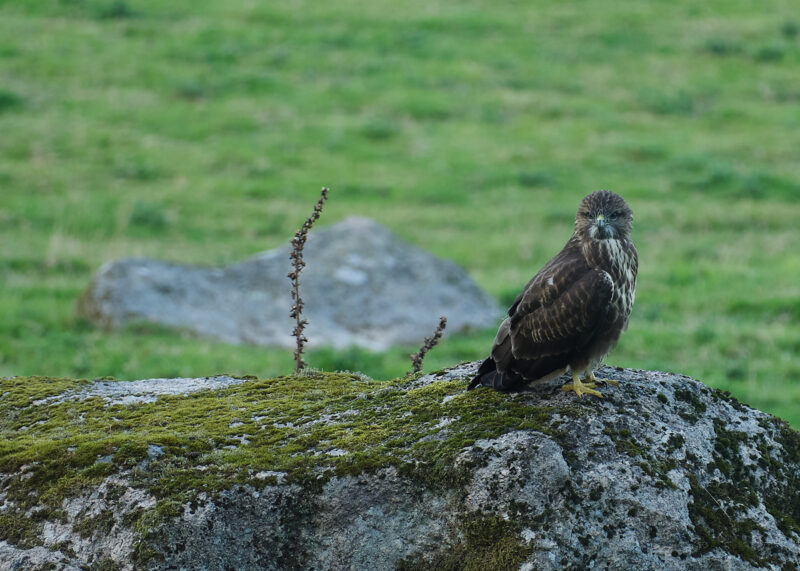 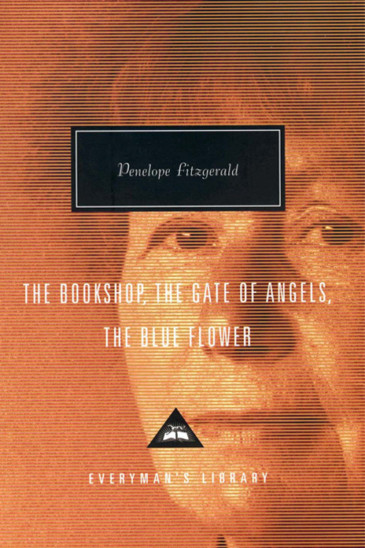