Not surprisingly Gail and I do a lot of reading, ever on the lookout for memorable memoirs to add to the Slightly Foxed Editions. There’s always a pile of books calling from the bedside table – fragile, browning paperbacks, hardbacks with tattered covers carrying long forgotten names and the logos of distinguished but now defunct publishers. Just occasionally you open one and hear a voice that’s entirely original, and that’s exciting. But because you’re consciously making a judgement about the book, even with the best of them, there’s a little bit of you that stands aside.

This week, however, in this strange still moment when the world seems to have stopped, I’m remembering what it felt like to read as a child, lying on the old sofa, entirely lost in the world of sixth-century Britain and the story of a British boy called Owain. The book I’m reading is Rosemary Sutcliff’s Dawn Wind, one of her series about the waning of Roman influence in Britain and the defeat of the Romanized Britons by the invading Saxons. Officially these are children’s books, but this label doesn’t really convey their power and brilliance. By the end of this year we’ll have published the first four titles in the series (see SF no. 63) and Dawn Wind is the first of the final three, which we’ll be adding in 2021. 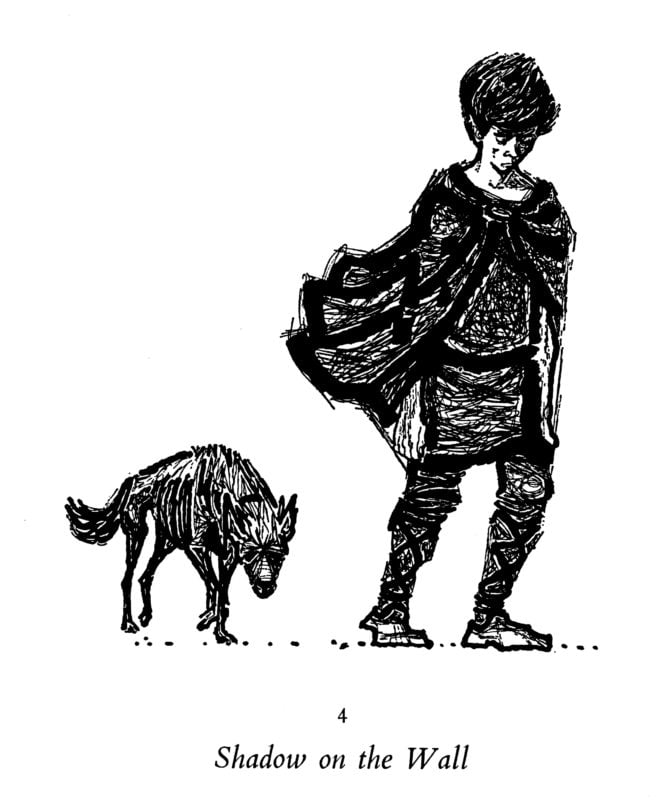 So this afternoon I’ll be back there in the thickly wooded countryside of a Britain from which the Legions have now departed, dotted with run-down forums, crumbling temples and other ruins of the occupation, where a British teenager and a great fighting dog have lived through a terrifying battle against the marauding Saxons and are struggling to survive. I can smell the woodsmoke from the fire, and feel the cold wind coming up from the coast. I’m feeling their loneliness and uncertainty, and I’m worried about what’s going to happen to them. I can’t wait.

One of my favourite jobs is selecting the cover image for each issue and finding text illustrations. Email newsletters from galleries and individual artists around the country arrive in my inbox every week, announcing an exhibition or sometimes a retrospective. Three of our artists were due to have a new show this month, but of course the galleries are now shut, and the artists are, like the rest of us, having to stay at home. I really feel for them, having put in so much work, so I thought I’d share some of what they do with you.

Susie Leiper drew a vibrant spring cover image for us in 2007 (SF no. 13). Trained formally as a scribe on Donald Jackson’s vast and marvellous Saint John’s Bible project, she now combines lettering and painting. Her new exhibition, at the Open Eye Gallery in Edinburgh, forms a library of sorts: large oil paintings show shelves, books, pages and words; small wooden tablets hint at book covers and page design; upcycled vellum documents take on a new life as abstract paintings; and one-off artist books recall the precious manuscript books of the Middle Ages. You can visit the exhibition virtually at www.openeyegallery.co.uk.

Gary Bunt also provided us with a cover image, for 2009’s autumn issue (SF no. 23). His new exhibition, an artist’s interpretation of the New Testament, was first shown in Liverpool Cathedral in February and then moved to Ely just before that cathedral closed. Though you can’t, for the moment at least, see the show in person, you can see it in a short film that he’s made and which he narrates, telling the story of the life of Christ through his paintings. Do watch it here. The paintings will move to Winchester Cathedral from 6 May, and thence to Ripon from 30 June and London in September, coronavirus permitting.

And lastly, Martin Yeoman, whose pen-and-ink drawings will appear in the summer issue, was due to have a retrospective, ‘Over Three Decades’, this month at the Jenna Burlingham Gallery. Martin has had a long and distinguished career as a portrait painter and landscape artist, and has been Prince Charles’s official artist on several of his overseas tours. I’ve yet to persuade him (Martin that is, not Prince Charles!) to paint a cover image for us. But if you look at his work online, you’ll see why I’d love him to do something for us one day. 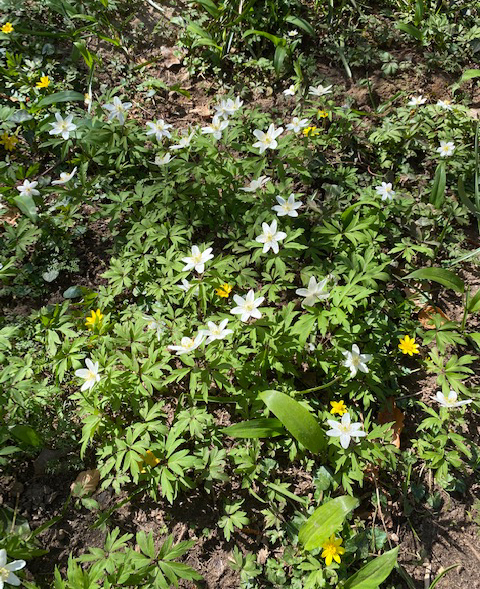 Back in the real world we continue to walk each day on one of the many footpaths that wind through the village and out into the surrounding countryside. One path follows the Old Manaton Road, an ancient route that drops steeply down out of the village towards the river and the nearest town. It stopped being used as a road when a new route more suitable for motor cars was created across an outcrop of moorland. Now, along the old road, Nature has reasserted itself, and beneath the trees the wood anemones are out. Kipling described just such a scene in his poem ‘The Way through the Woods’:

Another route takes us past our local pub, the Kestor. One afternoon some weeks ago, before the pub was forced to shut, I let both dogs out in our garden and then got distracted by a phone call. When I went to call the dogs in, Stanley reappeared but there was no sign of Chudleigh. I assumed he’d gone off to his usual place (the compost heap) so went back to work. Half an hour later I had a call from the pub. Chudleigh had been found at the Kestor’s front door, half a mile away, waiting to be let in. A customer had duly obliged and the spaniel was now sitting by the bar eating pork scratchings . . . Still, I should be grateful he doesn’t resemble J. R. Ackerley’s Alsatian Queenie to whom, despite her truly awful behaviour, Ackerley was devoted. He recorded their relationship (and gave Queenie a pseudonym) in My Dog Tulip, which I think is probably essential reading for all dog owners. By a nice coincidence Ackerley was the half-brother of Diane Petre, whose remarkable memoir The Secret Orchard of Roger Ackerley, we reissued as an SF Edition.