One benefit of the lockdown is that we’ve begun to explore our local neighbourhood in a way we hadn’t done before. Roads that we previously hurried down on our way to somewhere else have suddenly come into focus, revealing bits of local history we hadn’t known about.

Yesterday evening was warm and inviting and we left the house and took the cut-through at the end of the street which leads into Highbury New Park. This is a beautiful road, with broad pavements shaded by old trees that arch right over it so that the light is soft and even in summer the air is cool. In one direction it leads down to Canonbury with its Georgian squares, home in its shabby, arty days to many a literary figure – George Orwell, Evelyn Waugh, even the infant Slightly Foxed – and is lined on either side by handsome Victorian villas. We set off the other way, towards less arty, more edgy Finsbury Park. Along this stretch the old trees are still standing, but there are no Victorian villas. Bombs fell here during the Second World War and the houses that remained, many still occupied by families though semi-derelict and full of rats, were razed to the ground in the 1950s to make way for the Highbury Quadrant Estate.

It’s a big estate, stretching out on either side of Highbury New Park, a mixture of high- and low-rise buildings surrounded by broad areas of grass and many trees. Particularly on the west side it is pleasant to walk through, intersected by a shady road that circles round a red-brick church and a mysterious and somewhat derelict-looking building. When the estate was built, between 1955 and 1956, it was considered the last word in urban planning. It was opened with enormous pride, the same optimistic feeling that produced the Festival of Britain, a promise that a rebuilt Britain would be a better and more equal country after the war. It was a showplace and people came from everywhere to see it, including a Russian delegation.

People from the badly bombed areas of East London, who had grown up in tiny crowded slum houses, were thrilled to move into these new flats with all their outside space and their modern kitchens and bathrooms. On YouTube I found some touching interviews done in 2014 with some of the older residents. ‘I came from quite a slum area, though I didn’t think of it that way because I was used to it,’ one of them said. ‘But when I moved here I felt like the Queen. It was lovely.’ As another said, ‘They got lots of things wrong, but that generation of architects were really trying to make a better place for people to live in.’ Care was taken to give sitting-rooms light from both sides and to see that the sun hit the balconies. There were shops, and plays and dances in the community hall, and everything was kept shipshape by a resident manager who oversaw a team of builders, plumbers and electricians based on the estate.

Things had obviously changed by 2014, but people who were interviewed, some of whom had grown up in the Quadrant, still had good things to say about it. By then it was much more of a cultural mix, but people spoke of its greenness and openness, its sense of community, of neighbours who were kind and generous though they might speak a different language.

Now the whole place looks less manicured and cared for than in those photographs of the proud early days, and the Grade II listed sculpture of two men sitting talking called The Neighbours, commissioned from a left-wing Austrian sculptor called Siegfried Charoux and set there by the London County Council in 1957, is somewhat lost in the long grass. But from hearing those voices, this road through the estate has come alive for me and no longer feels like just a pleasant way of getting from A to B.

Despite Zoom and Facetime and all those virtual things, sometimes these days we long for some normal sociability. We may not be allowed visitors in the house, but we find that as an alternative, the front path on a nice evening, if not scenic, is perfectly acceptable. We don’t have a front garden, but we do have a hedge of jasmine and other climbers, and when a friend comes round we put a folding garden chair inside the gate, with the recycling crate as a convenient surface for glasses and nibbles, while we sit at a safe distance in the porch. Runners and walkers and skateboarders and cyclists on their way to and from the park wave to us, or sometimes stop in the road for a friendly chat. We’re looking forward to the time when we can transfer to the garden, where my favourite rose, Buff Beauty, is flowering frantically, unseen except by us. But in the meantime, Cheers! 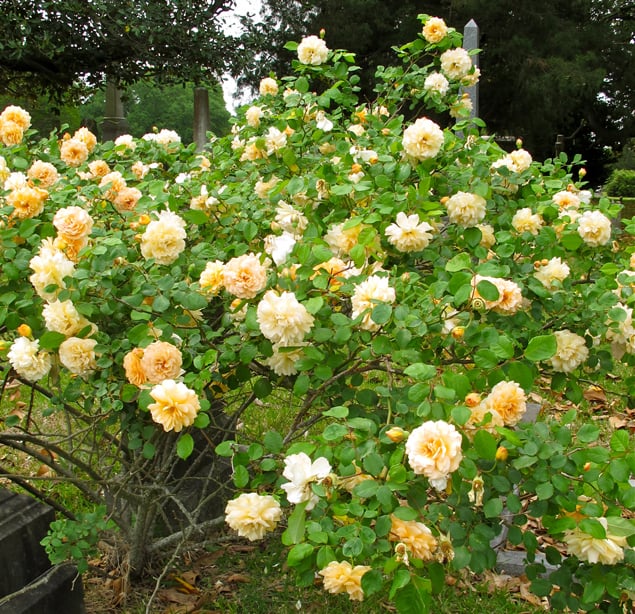 I’m beginning to feel as if I’m writing for Farmers’ Weekly not Slightly Foxed. Last week it was cows, this week sheep. Not escapees this time, thank goodness (though they have been known to break out from time to time).

The sheep usually arrive in March. They’re last year’s lambs and they spend the spring and summer here as very effective lawnmowers. In May the shearers come and set up their hurdles and shearing gear. It’s hot and dirty work. As I stood and watched them yesterday in the sunshine, I remembered a wood engraving by Clare Leighton, in her beautifully illustrated The Farmer’s Year (reissued by Little Toller). Though her shepherds used hand shears, I don’t think much else has changed. The air is still thick with the smell of lanolin and dung, and the sheep still huddle together as they wait their turn. When each is done, the fleece is twisted and rolled tightly, and bundled into a sack, and the shorn ewe struggles to her feet and then leaps away. Is she relieved to be free of all that wool? It’s hard to tell. 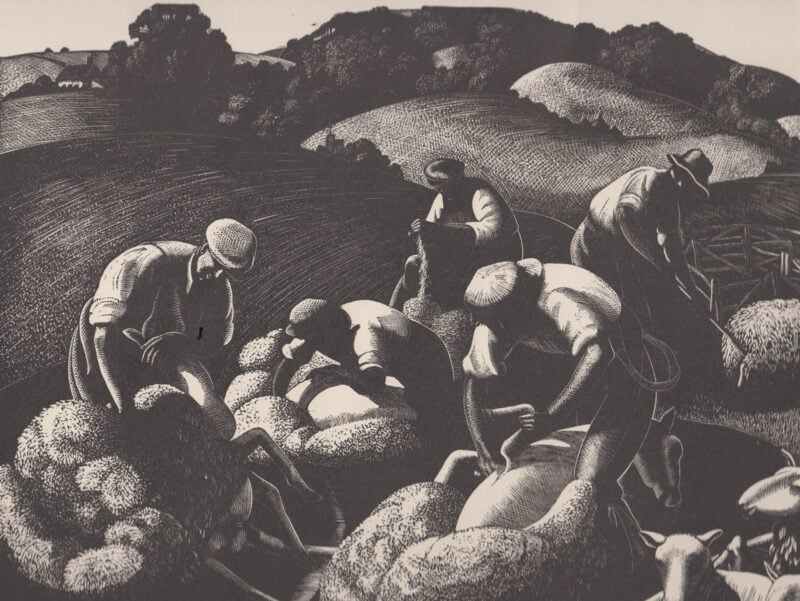 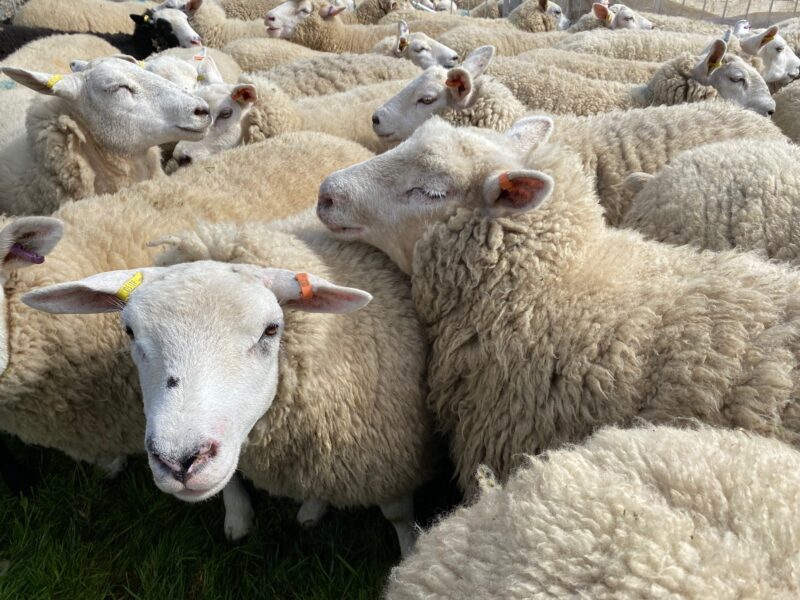 Back at my desk I find a cheering email from a friend who lives in our local town, five miles away. Her house is just off the high street, hidden behind trees, and around it lies a magical garden. On the high street itself a long and patient queue now waits along the pavement outside the chemist each morning, and there’s another queue outside the greengrocer’s and the butcher’s, while the floors of the two small supermarkets are covered in distancing signs.

In the first weeks of lockdown our hardware shop Arnold’s was closed and I felt its loss sorely. I love old-fashioned hardware shops and we are lucky they still exist in the small market towns down here. Where else under one roof can you buy spare lids for Kilner jars, old-fashioned wooden washing-up brushes, sash cord, a sack of peat-free compost, Brasso, fly papers, cellophane tops for jam-making, wooden clothes pegs and a decent large doormat, and have a long conversation about the right screw for a particular job and the perfect tool for digging out dandelions and docks?

Now the hardware shop has reopened. What joy! And Jonas’s weekly fish van from Brixham is back, so we’ve been queuing for crab and prawns and mussels and squid. Mind you, we have to get there as soon as the van raises its shutters, at 8.30 sharp. Leave it much later and all that’s left is the odd dab and a bit of whiting.

Back home from our weekly shop I find the sunshine has brought out the yellow Welsh poppies on the wall beside the house. How lucky we are to be in England in May. 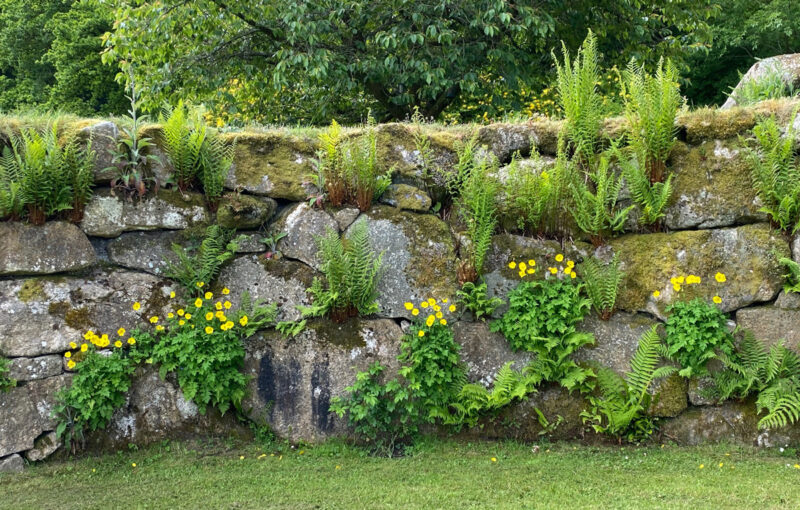 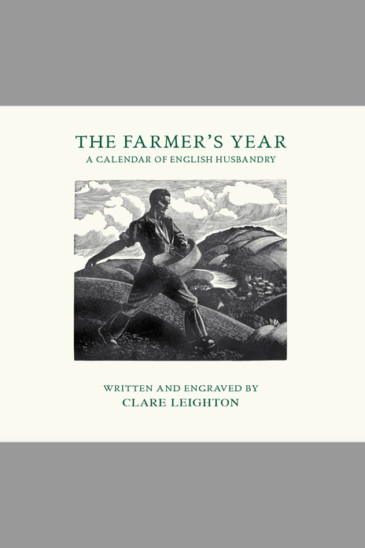