In the summer of 1971, just after I graduated, I had been lucky to be included in the first British revolutionary ‘young persons’ delegation’ to visit China since 1966. My fellow-delegates were mainly very left-wing students, with the odd worker, and I had scraped into the group through my knowledge of the language. The trip was relentlessly political and mainly consisted of sitting in hot steamy rooms being introduced to the members of hundreds of revolutionary committees and hearing interminable accounts of the progress and achievements of the Cultural Revolution in that particular city, factory, hospital, primary school or agricultural commune . . .

Like pain, the memory of the boredom of much of my visit in 1971, and of those interminable meetings with revolutionary committees, had faded with time and in 1975 I had applied to join the third group of British exchange students to go and study for a year in Peking. Though I could read Chinese and had a good job in a university library, working with Chinese books, I wanted to speak the language better. So now I was, once again, on my way to Peking. What follows is an account, based on letters home, of my year in China. To all those in China who suffered terribly at the time I apologize for my determination to amuse myself and be amused by what I found. I only began to discover what was happening to China’s intellectuals when I got back home. 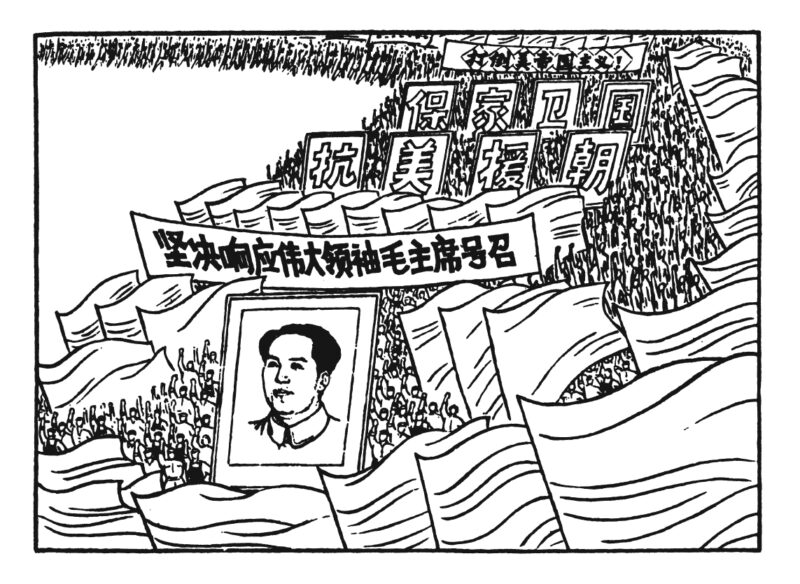 . . . On our first Saturday in China, I rose virtuously at 6 a.m. in order to join a taijiquan class. Taijiquan (Supreme Fist) is an ancient form of exercise, sometimes translated as ‘shadow boxing’, in which you move slowly through a prescribed series of movements intended to harmonize your qi or cosmic breath. Outside on the sports field, an elderly gentleman with a shaved head and an aristocratic manner led a class of stumbling foreigners. Chinese students, who disdained this traditional exercise as suitable only for reactionary old persons and foreigners, showed off on parallel bars, played football or wandered between us, ostentatiously reading the very politically correct journal Hongqi (Red Flag), the ‘theoretical’ organ of the People’s Liberation Army.

After a Western breakfast of fried eggs and lightly charred bread, all English students were required to report for a medical examination. We had all had to have a medical in England and had arrived as instructed with chest X-rays but the Institute was not prepared to take the word of any foreign ‘capitalist-roader’ doctor without double-checking. We let the side down pretty badly. Two fainted (both men, of course), the second taking the table and most of the doctors with him. The interesting thing was that they fainted before anything actually happened. Perhaps it was the peculiar smell of whatever the Chinese used as a disinfectant. It had such an effect on Gerry that ever after he had to make a huge detour around the medical centre lest he topple over again.

Unsystematically and unfairly, all the boys were allowed to miss out the needle bits and it was left to the females to provide vast donations of blood for unknown purposes. What with the delays, we were all let off our X-rays (indefinitely as it turned out) but we had hours of fun watching other foreign students having theirs. The X-ray machine was one of those screens where you walk past and everyone can see your entire skeleton in movement. I thought it was fascinating though the others said it looked like something straight out of Cancer Ward and that the doctor operating it was doomed. As more foreign students filed in for their medicals, a crisis arose. A large group of very small Cambodians wearing Mao jackets and sarongs clearly knew no Chinese. The doctors knew no Cambodian. As my French was a lot better than my Chinese, I volunteered to stand decorously behind a screen, passing on instructions as best I could: ‘Messieurs, enlevez vos jupes, s’il vous plaît!’

In the afternoon we were introduced to our Friendship Class which consisted almost entirely of comfortable middle-aged Chinese who had suddenly been told to learn English in order to promote revolution. Such apparently arbitrary orders interfered often with the daily life of Chinese citizens. They couldn’t refuse because this might suggest that they weren’t prepared to make sacrifices. As it was, since Chairman Mao had said that they should fear neither hardship nor death for the sake of the revolution, they had had to leave their jobs and families and spend a year in the Languages Institute. With one exception, they did not appear to have been selected on the basis of linguistic talent because that would have run counter to the ethos of egalitarianism and hinted at the cultivation of ‘expertise’ which was a very dirty word in China at the time. Fortunately, most of them were from the Peking area and so could at least spend the weekends with their families. Not this weekend, however. Half a dozen sensible, middle-aged ladies were detailed to take us off to the nearest group of shops at Wudaokou (Crossroads No. 5), a village near the back gate of the Institute.

There, in the ‘department store’, a dimly lit shop that sold everything except vegetables, we purchased shallow enamel bowls and little speckled enamel spoons so that we could eat in the Chinese canteen. There was no need for chopsticks – canteen eating was all about shovelling. Not even the Chinese students used them, although they did do so at home where they lived more graciously. On the street outside we also bought apples and small ready-peeled roasted chestnuts. We were very heavily chaperoned, probably as a result of all that fainting in the morning, but it was amusing to watch our classmate Mrs Zhao fiercely negotiating the purchase of beancurd from a huge wicker basket on the back of the vendor’s bike and picking over vegetables with disdain before she went home to collect her son from his kindergarten. Owing to his mother’s linguistic assignment he was a weekly boarder.

That evening there was an open-air film on the playing-field, for students and the local inhabitants. At the height of the Cultural Revolution, some five years earlier, the only acceptable cultural items had been ten revolutionary Peking operas masterminded by Mao’s wife, Jiang Qing, who in her youth had been a fairly unsuccessful film actress in Shanghai. By the mid-Seventies, other cultural events were possible but this did not mean that they were any the less carefully controlled. Our first introduction to the Chinese cinema was Haixia (Sea Mist), a sort of Moses story about a baby found in a basket on the Fujian coast but which soon turned tragic as death piled on death. Miss Sea Mist’s father and innumerable brothers, fearing neither hardship nor death in their efforts to feed the nation, drowned amidst violent storms. Her adopted mother died rather inexplicably of ‘hardship’ and her uncle was killed by evil Nationalist soldiers in the pay of Chiang Kai-shek, whom Mao had defeated in 1949 and who had fled to the nearby island of Taiwan. Then the People’s Liberation Army arrived and overcame Miss Sea Mist’s natural suspicion of soldiers by washing up all the cups in sight and joining her in a frugal supper of grass and bark. From then on, everything was all right. We had taken out chairs as ordered but couldn’t sit down as the entire village of Wudaokou had come and they were all standing or sitting on their bikes. It rained and there was much spitting. Small children shouted imperiously, ‘Small children can’t see’, and all the adults shuffled obediently to one side.

On Sunday afternoon we were bussed into town to attend the closing ceremony of the Third National Games. An ancient general, one of the great military leaders of the Liberation War, Zhu De, announced ‘The games are closed’, and the audience opposite held up coloured cards to create giant composite pictures of healthy athletes and then turned them round to spell out ‘Friendship First, Competition, Second’. Thousands of athletes marched by, swinging their arms. They were arranged by province and divided by troops of gentlemen in white who goose-stepped between them. This was followed by a football match. Liaoning v. Guangdong ended in a ‘Friendship First’ draw. ‘Competition Second’ takes the edge off the attack, especially in the goal area. There was much picking up and dusting down of felled opponents and kissing of scorers who looked positively guilty.

In premature celebration of National Day, the Languages Institute threw a colourful tea party that evening. The colour was mainly provided by the food. There was bright yellow lemonade, a pink and green iced birthday cake for the nation, sweets and Peony cigarettes. All students were expected to perform. This was one thing that the British Council had not prepared us for. We should have been sent on a compulsory week to Cecil Sharp House to learn English folksongs and country dancing. The North Koreans, all dressed in national costume – crumpled blue-and-white silk dresses with great bows on the bosom for the women and amazingly ill-cut three-piece suits for the men – formed a perfect choir and sang awful North Korean songs. The Albanians were almost as polished but eschewed national dress. The North Koreans looked as if they had been picked as a team but the Albanians were physically very varied. Some were astoundingly beautiful, especially a dark-eyed girl mysteriously called Arthur, but others were distinctly misshapen. The Italians sang rousing revolutionary songs, the best being Daniela’s solo rendering of ‘Bandiera Rossa’, although she squeaked on the final high note. Unprepared and embarrassed, the only ensemble work that we British students all knew was ‘Old MacDonald Had a Farm’.

After a weekend of entertainment, the serious business of learning Chinese began on Monday morning.

From£18
Subscriber discount Sold Out Bundle Sold Out
View item