There can’t be many humorous books about everyday life that still make one laugh more than a century after they were written. The pattern of English middle-class life has radically changed since The Diary of a Nobody was first published in 1892, but rereading it recently, I found its fictional author, the City clerk Charles Pooter, of ‘The Laurels’, Brickfield Terrace, Holloway, still instantly recognizable.

I’m bound to admit that some of the experiences, and also, for heavens’ sake, the attitudes of the ‘pathetic ass who records his trivial life’ (as William Emrys Williams put it in his introduction to the Penguin edition of 1945), seem embarrassingly close to my own. Mr Pooter may have lived more than a hundred years ago – just up the road from where I live now, as it happens, in a house, er, rather similar to mine – but his psychology is timeless.

‘I fail to see why – because I don’t happen to be a “Somebody”’ – writes Mr Pooter in his prefatory statement, ‘my diary should not be interesting’ – and many of us will recognize that dear old friend or relative who is convinced that his diary or autobiography, his record of his times will, when published, prove a valuable contribution to our national life. He’s still with us today and keeps the vanity publishing industry going. ‘My only regret’, Mr Pooter concludes, ‘is that I did not commence it when I was a youth.’ But the poor chap is clearly one of those people who – unlike his rebellious 20-year-old son Lupin – would seem never to have had a ‘youth’, but to have been born middle-aged.

The true authors of the Diary, George and Weedon Grossmith, were both men of the theatre. George, born in 1847, was a comic actor, musical entertainer and writer, and by the time the Diary was written he had composed the words and music of hundreds of songs and sketches and performed the lead baritone roles in a number of Gilbert an

Antony Wood lives in east Pooterland, north London. He wishes readers to know that his translations of Pushkin’s verse have been published on other lists besides that of his own Angel Classics, and read by Paul Scofield, Ralph Fiennes and other actors on radio and in live performance. 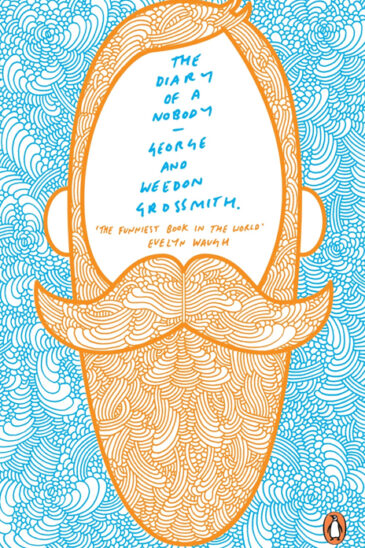 We’re sitting here in the office today, looking out at the leaden sky and wondering what next year’s going to be like. It’s rather a ruminative time we find, these last dark months before Christmas. One thing we do know, and that is that we’re extremely fortunate to have such a loyal body of subscribers. Some of you have been with us from the very beginning and have stuck with us ‘through thin and thin’ as the late publisher Anthony Blond once succinctly put it. We’d like you to know how grateful we are for your support – for your enthusiastic letters, encouraging phone calls, for spreading the word about Slightly Foxed – and of course for your renewed subscriptions.