Sayre’s Law states: ‘In any dispute the intensity of feeling is inversely proportional to the value of the issues at stake.’ I’ve noticed this in the world of booze. Some people take the question of whether a Martini should be shaken or stirred, or whether to put fruit in an Old Fashioned, very seriously. For a writer on the subject, there are two ways out of this bind: one is to take a bluff no-nonsense approach and admit that in the end it doesn’t really matter. The other is to take it so seriously that it verges on but doesn’t quite drop into ridiculousness. You can see the contrasting approaches in my two favourite writers on the subject, Kingsley Amis and Bernard DeVoto.

I am sure that for most readers Amis needs no introduction but I’d never heard of DeVoto before my wife gave me a small hardback called The Hour: A Cocktail Manifesto. I later learned that DeVoto was a historian and journalist of some repute in America. He won both the Pulitzer Prize and the National Book Award; he edited the letters of Mark Twain; and for twenty years he had a column in Harper’s Magazine. Worthy though all this is, I cannot imagine it gave the world as much pleasure as this slim volume, first published in 1948.

The book is in four parts: a short history of American drinking, followed by the correct way to make drinks, the wrong way to make drinks, and an ode to the joys of the cocktail hour. Born in 1897, DeVoto would have known the old tavern culture of New York and caught the end of the golden age of the cocktail, and he would have seen both destroyed by Prohibition. He would also have frequented speakeasies and known the deep sadness of being unable to find good liquor. But when I say the first section is a history, actually it’s more of a riff on history. Reading DeVoto, one has to indulge in a kind of cognitive dissonance. He both means it and doesn’t mean it. The trick lies in realizing that while he is winking at you, he is also

Henry Jeffreys likes his Martinis wet, five parts gin to one part vermouth, and always stirred not shaken. He hopes his new book, The Cocktail Dictionary, will find more than a niche market. 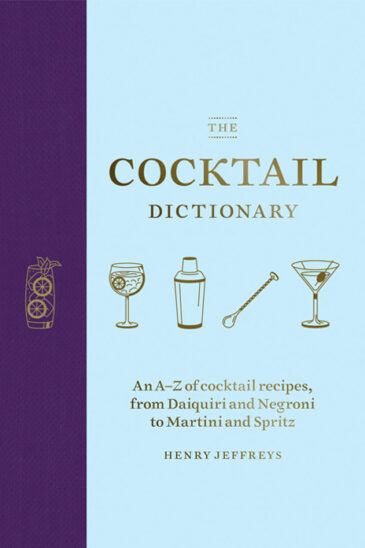 Coralie Bickford-Smith is one of the most renowned designers in the publishing industry, especially recognized and celebrated for her illustrated covers of Penguin’s clothbound classics. Her first book, The Fox and the Star, was named Waterstones Book of the Year.…

A few days before my birth my father returned from an Arctic expedition. He’d been away for several months on Svalbard – a Norwegian archipelago in the Arctic Ocean, halfway between continental Norway and the North Pole – exploring the glaciers, fjords and mountains east of Ny-Alesund, earth’s most northerly civilian settlement at 78° 55’ N. It was night and raining hard when he got back. From Svalbard he’d flown down to Tromsø, then Luton, then caught several trains and finally a bus to Penclawdd, a village in south Wales. My mother, sitting by the window, saw him walking up the shining road, pack on his back. Once home he was amazed to see how pregnant she was, how round her belly.

I must have bought The Big City soon after it was published in 1962, when Penguin was branching out from its then standard paperback format into slightly larger books with pictures, often cartoons. It cost me 4 shillings, and it is still on our shelves next to the bathroom, reserved for ‘rather special’ titles, to be revisited every few years with wonderment and nostalgia for a now-vanished post-war Britain.