While reading Len Deighton’s Bomber (1970), I was reminded of Solzhenitsyn’s line – ‘To do evil a human being must first of all believe that what he’s doing is good.’ Bomber is a novel about the area bombing of Germany during the Second World War. Targeting German cities and civilians is a part of Britain’s war that is still extremely controversial. It doesn’t fit into the heroic narrative of the Battle of Britain, the Blitz or D-Day. Almost alone among British forces, bomber crews were not issued with a campaign medal when the war ended. The debate as to whether the bombing was a necessary evil or simply just evil continues to exercise historians and writers to this day.

Deighton is perhaps uniquely placed to answer the question. By the time he had completed Bomber, he probably knew more about the bombing campaign from both the Allied and the Axis perspectives than anybody, for his book was based on years of research. The acknowledgements, with their long list of veterans to whom he spoke, give you some idea of just how much work he put into Bomber – he even flew as a passenger in a Heinkel so he could understand what German fighter crews had experienced.

The story takes place over twenty-four hours in June 1943 in three main locations: a British bomber airfield in East Anglia, a German radar station in Holland and a small German town called Altgarten near the Dutch border. The cast is vast but there are a few principal characters around whom the narrative is anchored. On the British side there’s Samuel Lambert who pilots a Lancaster bomber known as the Creaking Door. Despite captaining the plane, he isn’t an officer. In fact he is disliked by some of his seniors because he’s not what would now be described as a ‘team player’ – literally in this case, since he refuses to play for his squadron cricket eleven despite his skill as a bowler. This annoys the Group Captain, a man fond of sporting meta

Henry Jeffreys’ book Empire of Booze: British History through the Bottom of a Glass was published in 2016. 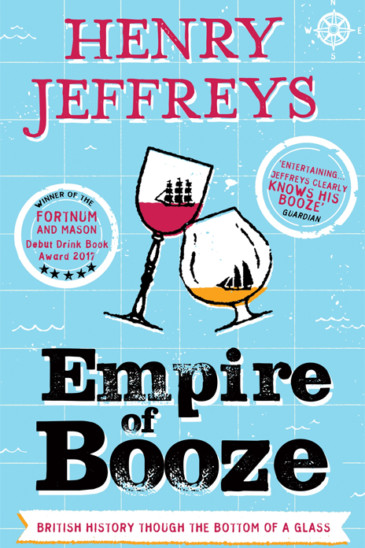 There wasn’t space to include all the intriguing background information provided by Roger Hudson for his piece on ‘Torrington’s Tours’ which appeared in Issue 69. So we thought we’d share it here with any readers as fascinated as we were by the life and character of the eccentric and aristocratic author of the diaries, John Byng, Lord Torrington, and his tours through the English countryside during the 1780s and ’90s.

Anthony Wells worked at The Wiener Holocaust Library in London for a decade. In this episode he leads the Slightly Foxed editors into the history of the library, which holds one of the most extensive archives on the Holocaust and the Nazi era. We travel to Germany, Amsterdam, New York and Tel Aviv, but it is people rather than places that the library remembers with its annals of personal stories. Dr Alfred Wiener, a German Jew who fought in the First World War, was one of the first to note the rise of the Nazi Party, and he began to assemble an archive of information in order to undermine their activities. From downfall by documentation in the Nuremberg Trial to a tracing service made up of millions of records, we learn how The Wiener Library ensures that those who disappeared are not forgotten.

Sayre’s Law states: ‘In any dispute the intensity of feeling is inversely proportional to the value of the issues at stake.’ I’ve noticed this in the world of booze. Some people take the question of whether a Martini should be shaken or stirred, or whether to put fruit in an Old Fashioned, very seriously. For a writer on the subject, there are two ways out of this bind: one is to take a bluff no-nonsense approach and admit that in the end it doesn’t really matter. The other is to take it so seriously that it verges on but doesn’t quite drop into ridiculousness. You can see the contrasting approaches in my two favourite writers on the subject, Kingsley Amis and Bernard DeVoto.