On 11 August 1979, a humane and singular man, who after long periods punctuated by adversity declared himself ‘happier than I’ve been in years’, left his isolated cottage near Bantry Bay in the west of Ireland to fish from his favourite rock. There he was swept away by a huge wave, outrider of an unprecedented storm which two days later would claim the lives of eighteen crew in the Fastnet yacht race. A witness said no cry left the fisherman’s lips and he made no visible attempt to save himself. The body of the novelist J. G. Farrell was found a month later. With his death at 44, contemporary literature lost a unique voice and the prospect of even greater riches to come. John Banville said it was ‘nothing short of a disaster for English fiction’.

Farrell was an enigma. Inhibited and self-sufficient, his awkwardness was masked by a sardonic wit. He loved hosting dinners and was known for his generosity and humour. Strongly left-wing, he bought agreeable wines at auction and shopped, when he could afford it, at Harrods Food Hall. Deeply attracted – and attractive – to women, he shied away from committing himself, writing of ‘a curious anarchy inside me which requires me to smash to pieces every promising relationship’. Self-deprecating, he was nevertheless aware of his talent and intensely ambitious.

Born in Liverpool to Anglo-Irish parents, Farrell moved with his family to Dublin. After an English public school education and a year working in Canada, he went up to Oxford where he excelled at sport. Then he was felled by polio, the defining tragedy of his life. Following harrowing treatment in an iron lung, he recovered, but the effects of the disease would last for the rest of his life. Physically, he was permanently weakened and afflicted by respiratory problems. Mentally, he became more distrustful of – and detached from – a world in which apparent certainties could be destroyed by an uncaring fate. He was occasionally overcome

Retiring from 36 years as a Fleet Street sub-editor, Patrick Welland invested in a huge chair in which to drink red wine and read books. 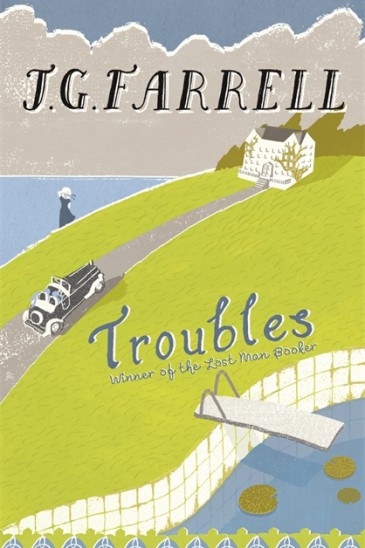