I remember distinctly the first time I read James Pope-Hennessy’s Queen Mary. It was a scorching hot August afternoon in Umbria. Retreating indoors in search of shade, I picked up the fat paperback I had dithered about packing, begrudging the weight it would add to my Ryanair baggage allowance. Like so many paperbacks taken on holiday, I expected it to disappoint, but I was instantly gripped.

Re-reading the book today, it still seems astonishingly modern and fresh. It’s hard to believe that it was published as long ago as 1959. Even harder to credit that this is a royal biography, and an authorized one at that. Royal biographers in the 1950s were obliged to obey strict rules. When Harold Nicolson began work on his official life of George V, he was interviewed by Sir Alan (‘Tommy’) Lascelles, the King’s private secretary and keeper of the Royal Archives, who told him: ‘You will be writing a book on the subject of a myth and will have to be mythological.’ He was not to write anything that was not true, but he was expected to omit things that were discreditable.

As the official biographer of George V’s consort, Queen Mary, who died in 1953, Pope-Hennessy wrote under the same constraints. But he was incapable of writing the sort of tight-lipped, sycophantic book he was expected to produce. For a royal biography such as Sidney Lee’s Edward VII he had nothing but contempt, dismissing it as ‘a disquieting example of how a positive and flamboyant personality living a life glittering in interest can be made to seem dead and dull on the printed page, crushed flat between the boards of an octavo binding like a large purple moth’. Crushing the purple moth was what Pope-Hennessy wanted to avoid.

There were incidents in Queen Mary’s career, however – notably the Abdication crisis – which were highly sensitive, and many people who knew her were still alive. The heavy-chinned queen, with her toque hats and her ramrod-str

Jane Ridley is a historian at Buckingham University. She encountered Pope-Hennessy while working on her biography Bertie: A Life of King Edward VII. 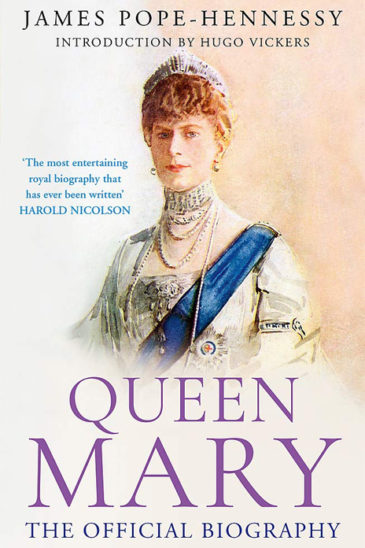 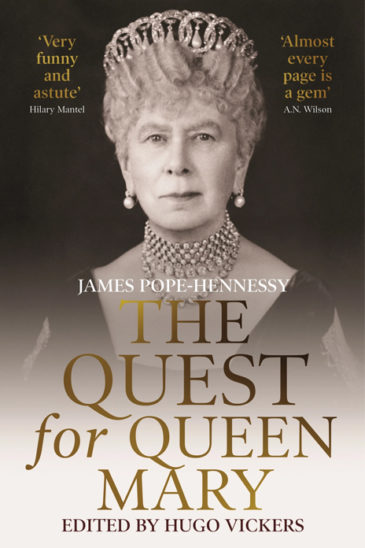 As we mentioned in the last issue, we’re marking our tenth anniversary this year in various ways, but perhaps most importantly with the publication of a very unusual little book. It’s called Slightly Famous People’s Foxes and proceeds from the sale will go to buy books for the Hospital School at Great Ormond Street, which enables children to continue their education while they are there. These won’t be textbooks but books to read for pleasure – most of us probably know how just the right book can ease a stay in hospital, especially for children who may be in isolation or having long and painful treatments. It’s a cause close to our hearts, and we’d be delighted if you felt able to give it your support. The book costs a very affordable £5, and you’ll find a leaflet and an order form enclosed with this issue.

Biographer and academic Jane Ridley and screenwriter and novelist Daisy Goodwin join the Slightly Foxed Editors to reveal the wealth to be found in royal biographies, memoirs and historical novels. From the remarkable diaries of Queen Victoria and the extraordinary life of Empress Elisabeth of Austria to Prince Albert’s cashmere breeches, a cottage meal at Sissinghurst with the Queen Mother, and Edward VII’s many mistresses, the parade of tales about the lives and loves of royal people roams far and wide. And we go on a on a quest for Queen Mary with James Pope-Hennessy in this month’s hunt through the magazine’s archives.

As I remember it, Vole was already up and running when Lewis Thomas arose in our midst like some ecological genie, a combination of gentle evangelist and stand-up comedian. It was 1977, and Richard Boston, founder of the magazine, arrived at an early editorial gathering bearing a copy of Thomas’s book The Lives of a Cell, with the clear message that it was required reading. It had recently been awarded, unprecedentedly, two US National Book Awards, one in the Arts category, the other in Science, and been described in The New Yorker as a ‘shimmering vision’.

Like so many Slightly Foxed readers, I was hooked by Netflix’s first series of The Crown. The lavish production, rumoured to have cost £100 million, the understated acting, the meticulous detail and the cut-glass accents – all gave each episode a sense of stunning authenticity. Claire Foy, in the role of the Queen, was immaculate and as compelling as anyone can be driving a Land Rover in twinset and pearls, and the series as a whole introduced us to a world of privilege and glamour at the very heart of the British establishment which is usually shrouded in secrecy.