Sometimes, nostalgic for Paris, I read books about the city in the hope that through them I’ll know again the felt reality of daily life there. It never really works: books, after all, can only do so much. A rare few, though, come surprisingly close. Among them Paris, by Julian Green, first published in French in 1983, is the one I return to most often. It is also, for some reason, one of the least known.

I have no memory of how I first came to it (it seems now to be one of those near-mythical objects that appear out of nowhere at just the right moment). But I do remember very clearly reading its perfect opening sentence and believing, only a few lines in, that I was holding something I could trust. ‘I have often dreamed of writing a book about Paris’, it begins, ‘that would be like one of those long, aimless strolls on which you find none of the things you are looking for but many that you were not looking for.’

That Green managed to realize this dream seems to his readers, holding the published, highly (if not widely) praised book, only natural – but it was likely a surprise to him. Its composition turned out to be very different from what he’d anticipated. Rather than being a seamless and unified whole that was written straight through and then published, Paris was cobbled together near the end of his long life from wildly various, and occasionally contradictory, essay-like first-person bits and pieces that he’d written over many decades. Some were from so long ago that he must hardly have recognized them. That opening line, for example, is from a section written in 1945, almost forty years before the book itself was published.

Then again, forty years might not seem much to a writer whose career was almost twice as long. Green, born in Paris in 1900, was known mainly for writing one of the most substantial diaries in French letters – nineteen volumes, covering the years 1919 to 1998. He also wrote a great deal o

Kristian Doyle is a writer based in Liverpool. He is currently at work on a novel. 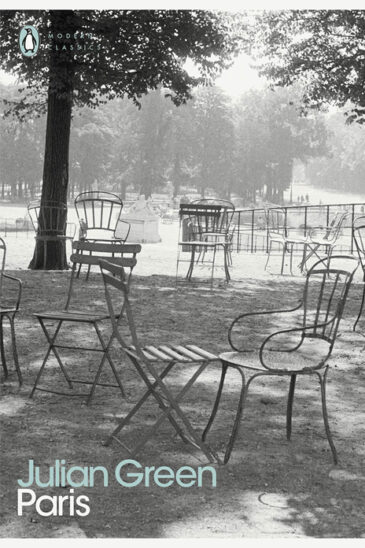 Recently, lingering in my loft over books and back numbers of this journal and that, I stumbled on a photo of some schoolboys, paper and pencils in hand, sitting on a fence and watching a train go by. The location was Tring; the date, 1933. It’s a safe bet that what those lads were jotting down was the number of the steam locomotive at the head of the express.