The last days of my childhood were also the last days of the village. I belonged to that generation which saw, by chance, the end of a thousand years’ life.

I write these words, appropriately enough, in The Woolpack – the Slad pub that once claimed Laurie Lee as its most famous patron – with a pint of cider at my elbow. From one window, the view dips down into a valley, and you can see a path that leads into Stroud, where Lee was born in 1914. From the other, the churchyard, where he is buried beneath the words ‘He lies in the valley he loved’, is just visible. The cider I am drinking is, inevitably, pressed from local apples: ‘golden fire, wine of wild orchids and of that valley and that time and of Rosie’s burning cheeks’. It feels, as it often does in The Woolpack, as if the connections with the past, those generations before me who called this place home, are tangible ones, worn into the dark, musty, cider-soaked fabric of the place.

Laurie Lee is inextricably linked to the Five Valleys, this small pocket of the Cotswolds in the West of England. To walk around this area is to walk in his footsteps – there is a Laurie Lee Wood and the Laurie Lee Wild Way, lined with his writings printed on Perspex plaques. There are murals, exhibitions and regular poetry readings and music nights. Fans of Lee’s books often visit on a pilgrimage of sorts, to see for themselves the village they already know so well, thanks to Cider with Rosie (1959). Cider with Rosie is the first in a trilogy of memoirs that Laurie Lee wrote between 1959 and 1991. It was followed by As I Walked Out One Midsummer Morning, the tale of his lengthy wanderings on foot and with fiddle, and A Moment of War, his writings on the time he spent in Spain during the combative 1930s. All three are worth reading. But, in my university library on the other side of the world, it was his first memoir, a remembering of childhood and the beginnings of adolescence spent in a Cotswold village, with which I fell in love.

Along with his mother, his siblings and older half siblings, Lee moved to a crumbling Slad cottage in 1917, in the shadow of the First World War. A year later, the Armistice brought peace to Europe for the first time in his young life. His father chose not to return to the family after the war, but though his mother spent the rest of her life waiting for him, his absence was barely lamented by his son.

Meanwhile we lived where he had left us; a relic of his provincial youth; a sprawling, cumbersome, countrified brood too incongruous to carry with him. He sent us money and we grew up without him; and I, for one, scarcely missed him. I was perfectly content in this world of women . . .

Lee’s recorded memories of those early years are abundant, so rich in detail and so specific that it is impossible not to wonder at the truth of his story; there are parts of the book that read as a sort of self-mythologizing folk tale. Though he was only 3 when the family arrived in Slad, he writes of standing in grass that grew high above his head, of warming fires and celebrations in the village when the war ended.

Though he himself acknowledges that his book is ‘a recollection of early boyhood, and some of the facts may be distorted by time’, there has been much comment and speculation about the authenticity of his memoirs. He was even sued for libel – the result of some (possibly imagined) memories about a piano factory fire. And it was suggested at one point that A Moment of War was entirely fictional, and that Lee had not in fact fought against the fascists in the Spanish Civil War (a claim eventually disproved by his biographer Valerie Grove).

I can’t help but feel that these debates seem to miss the point. Regardless of the authenticity of specific details, it is Lee’s lyrical and affecting language in Cider with Rosie that makes his memoir so memorable; the way he manages to transport us so effectively to Slad, to the icy family home, the fields covered in cowslips, the old schoolroom. His is a book that conjures up a distinct and unmistakable sense of place and time, not just a sequence of events. Regardless of factual accuracy, Cider with Rosie has had the impact it has because it feels true to Slad, and to the Cotswolds.

It is easy to think of Cider with Rosie as a slice of English nostalgia, a recollection of idyllic rural village life in the early twentieth century. Quite honestly, this was my memory of the book. But then I spent time rereading it during my recent move from London to Stroud, tracing (in reverse) the journey that Lee himself made on foot as a young man in the 1930s. I was reminded, with a jolt, in amongst the stories of day trips to Weston-super-Mare, and blackberry picking, and carolling in the snow, of the violence, grief and sometimes sheer brutality of village life. Lee writes of the macabre, of murders, attacks, of neighbours destined for the workhouse, with a sort of clear-eyed pragmatism and distinct lack of romanticism.

Cider with Rosie is undeniably both a lovely book – a beautiful, comforting, inviting picture of the Cotswolds – and an affecting and arresting one, that recalls the work of Thomas Hardy and its pervasive domestic horror, of lives coloured by desperation and despair. We readers find in it great fecundity: trees ‘writhed with power, threw off veils of green dust, rose towering into the air, branched into a thousand shaded alleys, became a city for owls and squirrels’. But we’re also shown what he calls ‘well-prodded horrors’ – ‘the bird’s gaping bones in its cage of old sticks; the black flies in the corner, slimy dead; dry rags of snakes; and the crowded, rotting, silent soaring city of a cat’s grub-captured carcass’.

This juxtaposition, the stark contrast between light and dark, has arguably contributed most to the book’s longstanding appeal. Cider with Rosie, regardless of any literal truth, reads as an emotionally truthful recollection of childhood – of those moments, both hopeful and horrific, tantalizing and terrifying, which shape and form who we grow into. There is an understanding here that it is events both large and seemingly insignificant which provide the threads that will contribute to our comprehension of our world, long before we are ready or able to knit them together.

Soon the village would break, dissolve, and scatter, become no more than a place for pensioners. It had a few years left, the last of its thousand, and they passed almost without our knowing . . . in motorbike jaunts, in the shadow of the new picture palaces, in trips to Gloucester, once a foreign city, to gaze at the jazzy shops.

For the most part, the village life that Lee writes of has indeed disappeared. The creeping modernity, so present in Lee’s post-war narrative, arrived years ago, and now the winding streets of Slad are lined with cars. And yet there is something about the geography of the region that means that Slad will always feel a little as it does in Cider with Rosie. During winter, when it snows, we who live in the Five Valleys are left at a bit of a loss. The streets are steep and narrow, too Firedangerous for vehicles to traverse, and we are forced to venture out on foot for sustenance and supplies. It is in these moments that life here feels most akin to the world about which Lee wrote so vividly.

Even in summer, the valleys provide a uniquely rugged contrast to the otherwise quaint villages of the Cotswolds – it’s near impossible to go for a stroll here without finding yourself a little out of breath. Though he was sure that they wouldn’t be, Laurie Lee’s Slad and Stroud can still be found in small corners and brief moments; in the markets on a Saturday, when orchard owners arrive with cider and crates filled with apples; in the pubs, crammed full with locals listening to music, celebrating and commiserating, making plans and drinking pints; in the hedgerows, still heavy with ripe fruit as summer moves into autumn; at Christmas, when parades wind through the town, and parties and dances are held in the town hall; and in the distinctive curve of each and every street, in this town that I have made my home.

We passed Stroud at last and climbed the valley road, whose every curve our bodies recognized, whose every slant we leaned to, though still half asleep, till we woke to the smell of our houses. 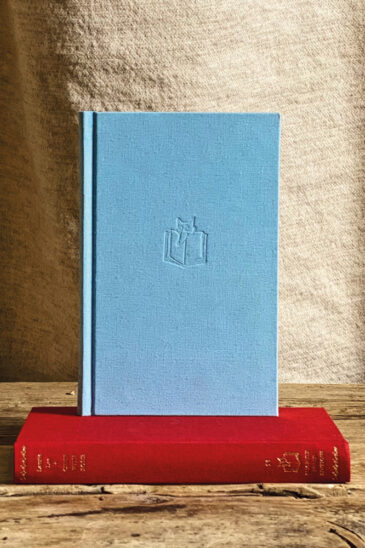