The relationship between language and the living world is celebrated in this exhibition of poetry and illustration at the Foundling Museum in London.

The Lost Words is a unique collaborative project between the award-winning author and Slightly Foxed contributor Robert Macfarlane, and acclaimed artist and author Jackie Morris, that seeks to reconnect people with the natural world.

Robert Macfarlane has created twenty acrostic poems or ‘spells’ focused on common nature words that are fading from use as the species themselves decline, while Jackie Morris, inspired by her lifelong passion for Britain’s landscapes and wildlife, has painted beautiful, iridescent watercolours that capture first the absence of the plant or creature within its habitat and then its return. Together these works take viewers on a journey in which the familiar is magical once more.

The Lost Words explores the widening gulf between childhood and the natural world in the 21st century, but also speaks to an important aspect of the Foundling Hospital’s ethos. With its physical presence in the countryside, and its practice of sending children to be fostered by rural families for the first five years of their lives, the Hospital maintained the importance of children’s relationship with the natural world. Items from the Hospital archive that relate to the importance placed on fresh air and the children’s education, such as reading games and aids, some with lost or archaic vocabulary, are displayed alongside the artwork.

The exhibition is accompanied by The Lost Words: A Spell Book, a beautifully illustrated hardback book which captures the irreplaceable magic of language and nature for all ages.

‘I am thrilled the exhibition will be moving to the Foundling Museum. For it to show at one of the most important museums of childhood in the country – and in the middle of a city – is deeply exciting.’ Robert Macfarlane 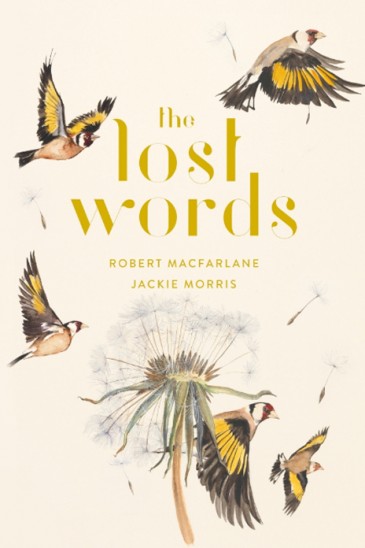