‘I come to you today to sing the praises of something which restores the colour to the cheeks of the word “bookish”, namely the magazine called Slightly Foxed. Have you come across this? You have to keep your eyes open as it is a quarterly – the issues are Spring, Summer, etc – and is entirely dedicated to pieces by writers about other writers they have loved, or feel are neglected, or whom we may take for granted. That’s all.

Just people being enthusiastic, almost evangelical, about books and writers. In our grumpy age, when crabbiness is all and ranting is encouraged, this sounds like a blueprint for bright-eyed naivete and pratfalls. Quite the opposite. When I open Slightly Foxed, I usually find myself dropping my normal world-weary pose and getting caught up in someone’s simmering excitement. For, perhaps, the Guernsey classic The Book of Ebenezer Le Page. (I have never read it.) A reminder from a historian that 1066 and All That is full of good history, unlike the terrible histories churned out for kids today. A call to arms not to forget E C Bentley’s clerihews . . . A plea to get back to Kilvert’s Diaries . . . Why, sometimes I even get the urge to go and get the book and read it again, though in the case of all those clerihews, I wish I hadn’t. (Still, they were next to a book of Nicolas Bentley’s drawings on the shelf, which I got drawn into, so it was not wasted.)

Sometimes the call to arms might seem a bit premature, as in the Autumn 2007 reminder of the art of the much-loved Posy Simmonds, who is hardly out of fashion. But how quickly things DO go out of fashion. In the same issue is a piece by Lucy Lethbridge about Margaret Powell, the lady who in the 1970s was always on TV telling us about life in domestic service, and who wrote several upstairs, downstairs best-sellers. Where is she, the James Herriott of the servants’ quarters? Where are her once much-loved irreplaceable books? All out of print, that’s where.

If you took Slightly Foxed seriously, you would spend most of your life in second hand bookshops or on relevant websites like AbeBooks, and indeed the magazine is rather like that voice you always hope to hear behind you in old bookshops which, when you finger a volume called Confessions of an Overweening Cowboy, would pipe up and say: “Ah, now that’s an interesting one – he wasn’t actually a cowboy at all, but . . .”

You will never hear that voice. Slightly Foxed is the nearest you will get to it in real life. And of course the great thing is that in real life you don’t have to take action. You can ignore the prompting voice. Just now I was reading a piece about Voss by the Australian novelist Patrick White. Very interesting. But I know in my bones I shall never read anything by him. Here’s another piece on Alec Waugh. Did you know that all the books by Evelyn’s big brother seem to be out of print? Interesting . . . . I think they should probably stay there . . .

Apparently, the team of Slightly Foxed have decided now that they should make some allowance for the fact that they are asking people to explore out-of-print books and next year intend to start reprinting their favourite forgotten classics under their own imprint. But I would not wait till then. Slightly Foxed is a handsome handful of thick creaminess, always with lovely covers, and would make a great present for someone who likes books, and for whom you can never think of a remotely suitable present, because you think they must have got everything in the book line they need. Not now, mate, not now. (Just phone 020 7033 0258*, it says in the back.) I bought it as a present when it first started three years ago, and with great success. It was for myself, as a matter of fact. I have been grateful to my own thoughtfulness and generosity ever since, and have been careful to renew it every year, which not many Christmas donors do. Thank you, Miles. Not at all – you are welcome.’

My Mother, the Bearded Lady: The Selected Letters of Miles Kington

We were delighted to hear that Caroline Kington’s project to publish a selection of Miles’s letters has reached its funding target, and is to be produced in collaboration with the crowdfunding publishers Unbound.

The book is now at the editing stage but there’s still time for fans of Miles’s work to be a part of this project. Readers can make a pledge from £10 in return for their name in the book, to £100 for a limited edition Arnold Roth illustration. We’re much looking forward to hearing news of the book’s publication in due course. Do read on for some words from Caroline and Unbound.

“‘From an early age,’ Miles Kington once wrote, ‘I knew I wanted to be a humorous writer and a jazz musician . . . and when I went to Oxford University I spent most of the time playing the double bass in jazz groups and writing undergraduate humour. Thus when I left university I was almost entirely unfitted for life, and consequently went to London to try my luck as a freelance humorous writer, where I nearly starved to death.’During his lifetime Miles wrote for Punch, where he created the hugely popular Franglais, then went on to write a daily humorous column for The Times, followed by the Independent. He wrote over thirty thousand newspaper columns in his lifetime, as well as contributing to countless magazines and other publications.

My Mother, the Bearded Lady: The Selected Letters of Miles Kington will be edited by his widow, Caroline, and will feature over 250 of some of the very best letters from across his writing life. 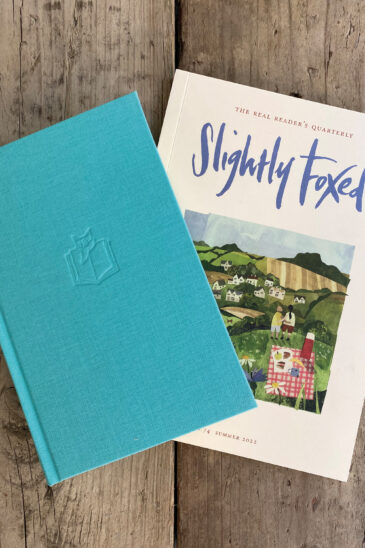