The Munnings Art Museum’s second birthday lecture was an opportunity to hear life stories from broadcaster and former politician, Martin Bell OBE. Like Sir Alfred Munnings, Bell grew up in the Waveney Valley on the Suffolk/Norfolk border and his father, farmer, writer and first Times crossword compiler Adrian Bell was friends with Munnings in the 1930s.

Having died almost sixty years ago, in 1959, what we now know of Sir Alfred Munnings is through his remarkable paintings – many of which captured the idyllic English countryside, bucolic riverscapes, the majesty and power of horses, their owners or the people who owned with them – autobiographical writing, letters and photographs.

However, to Martin Bell, Munnings was much more than a great painter. To him, Sir Alfred was a dear friend of his father’s, and therefore a wonderful source of stories and anecdotes. So, it is with great delight that The Munnings Art Museum is set to welcome Martin as he regales the audience with tales drawn from Adrian Bell’s friendship with Sir Alfred. Readers of Slightly Foxed will know Adrian Bell as the author of Corduroy, Silver Ley and The Cherry Tree, his trilogy of memoirs recalling Suffolk farming life after the First World War. Martin Bell signed Slightly Foxed editions of his father’s memoirs on the night. 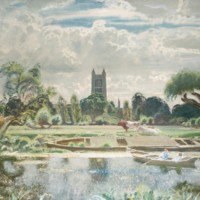 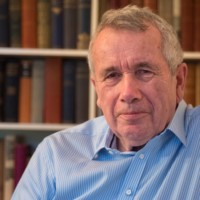 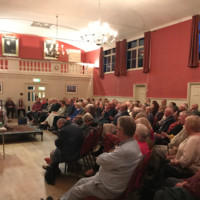 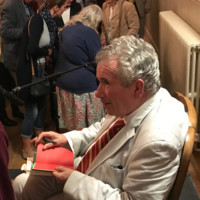