In January 1954, a vignette appeared in the New Yorker’s ‘Talk of the Town’ section, introduced only vaguely as a missive from ‘a rather long-winded lady’. The piece – like all ‘Talk’ stories then, unsigned – was a lightly sardonic first-person account of a woman’s disastrous experience in a dress shop. It might not have been world-changing, but it did stand out from the usual ‘Talk’ pieces, which were often impersonal, mannered little things, written in the royal ‘we’. The Long-Winded Lady, though, idiosyncratic from the beginning, spoke only for herself. ‘Well, there you are,’ she signed off, ‘in case you’ve paid any attention.’

Such pieces, ostensibly slight essays on life in Manhattan, continued to appear, on and off, until 1981. They were always unsigned, and introduced only with a phrase like ‘Our friend the long-winded lady has written to us as follows’, but when in 1969 a collection was assembled for publication, the writer’s identity was revealed. She was, it turned out, Maeve Brennan, an Irish author of short stories and a New Yorker staff writer.

This revelation was a shame, I reckon. It’s hard now to take these odd little pieces – quasi-anonymous, after all – in the manner in which they were intended. Brennan’s life – which in tabloid-headline form runs something like ‘ultra-elegant model for Holly Golightly ends up mad bag lady’ – casts a long shadow over her work, particularly this side of the Atlantic, where none of her books was published in her lifetime. It’s arguable, in fact, that the subsequent biography of her, as much as the work itself, was responsible for the mini-revival she underwent at the turn of the millennium. You can see why. ‘Mad, destitute writer’ makes good copy. Add to that the Breakfast at Tiffany’s glamour, and the tragic-downfall articles write themselves.

I was lucky to come across the essays when I was too young to know about the New Yorker, never mind Maeve Brennan. To me, they were just prose snapshots of city life taken by an archetype with which – having been raised in a busy city myself – I was familiar: the quietly eccentric urban solitary. And that first impression lingers. I see her in every city I visit.

In the earliest pieces, the Long-Winded Lady is a two-dimensional comedic persona, that of a well-heeled suburbanite shopping her way around the nicer parts of Manhattan. But as the essays keep coming, the character deepens. A noticeable change occurs in 1960, when Brennan, aged 43, goes through a divorce and, after time spent away, returns to the city alone. The humour turns brittle, and melancholy, hitherto repressed, starts to predominate. The Long-Winded Lady from this point comes very close indeed to reflecting her writer’s character and its vicissitudes.

Keeping to her parts of Manhattan – Midtown and Greenwich Village mainly – the Long-Winded Lady eavesdrops on ‘the most cumbersome, most reckless, most ambitious, most confused, most comical, the saddest and coldest and most human of cities’, as Brennan calls it in her note to the 1969 collection. Sometimes she watches the world from her window or, if her current room has one (she moves a lot), her balcony. Mostly she’s out, though, ambling through the most vital, open streets in the world. She hears that a wooden farmhouse is being transported from Uptown to Greenwich Village and goes to see it (‘Charles Street is a nice street, a good place for a house to move to’). She visits the local haberdashery to inspect the damage from a fire whose smoke she saw the night before. She watches a parade, or a protest. She shops for shoes or books or, once, ‘one of those plain glass orange squeezers’. Her favourite activity, though, is watching the goings-on in ‘small, inexpensive restaurants’, which she believes are ‘the home fires of New York City’.

‘It is not the strange or exotic ways of people that interest her,’ Brennan writes in the same note, ‘but the ordinary ways, when something that is familiar to her shows.’ Her style is built upon this ordinariness, and it’s one of the reasons she was referred to – when referred to at all – as Chekhovian. Her metaphors, like his, manage to be both rich and remarkably close to their occasion: a man enters a restaurant with a bundle of newspapers ‘which had been opened and folded back carelessly so they looked half inflated and as though they might start to rise, like a soufflé, at any minute’. Chekhovian too is the way she matter-o

KRISTIAN DOYLE is a writer who lives in Liverpool. He is currently at work on a novel. 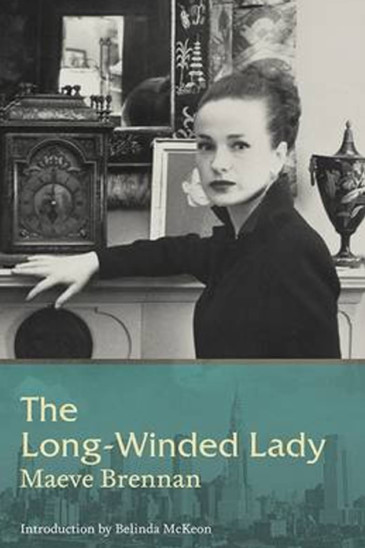 Inside of a Dog was in the New York Times bestseller list for over a year and completely passed me by because, like the baby books, you don’t need it until you’ve got your own. The author, Alexandra Horowitz, is uniquely qualified for the ambitious task of getting inside the bodies and minds of another species. Her CV includes a BA in philosophy and a PhD in cognitive science studying dogs, plus earlier stints as a lexicographer at Merriam-Webster and a fact-checker for the New Yorker. And, it perhaps goes without saying, she’s a dog person: in the Acknowledgements section at the end of the book, the dogs come first

Dishonest or ‘crooked’ arguments are nothing new, but recently our fractious politics coupled with the invention of the Internet have lent them a fresh intensity, and a wider reach. Would that Straight and Crooked Thinking, written by Robert H. Thouless and first published in 1930, was now more widely read and taught in schools. This little book would not solve all our problems, of course, but it might help us see through partisan propaganda, take on unprincipled Internet warriors, persuade others honourably, defend our own beliefs effectively and (crucially) change our minds when necessary.

Eighty years ago Ian Suttie, a Scottish psychiatrist, wrote The Origins of Love and Hate, in which he fiercely criticized Freud’s theories. Freud saw human beings as ‘isolates wrestling with their instincts’, Suttie saw them as dreading isolation, ‘striving from the first to relate to [the] mother, and [their] future mental health turning on the success or failure of this first relationship’. Love was social rather than sexual in its biological function, thought Suttie, and was derived from a ‘self-preservation instinct rather than the genital appetite’.