I harbour – perversely, you might think – the fondest memories of two much maligned phenomena: the 1970s and Birmingham. As far as the former goes, yes, there were strikes, rising unemployment, power cuts, rampant racism, social unrest, the advent of Thatcherism. Perhaps most memorably, there was the IRA. In a pivotal scene in Jonathan Coe’s novel The Rotters’ Club (2001), the sister of the central character, Ben Trotter (school nickname Bent Rotter – hence the title), loses her fiancé in the Birmingham pub bombing.

The national scene has improved in many ways since then – of course it has. A lot of things – like the gearshift of shop steward Bill Anderton’s British Leyland car which features in the novel – didn’t work very well back then, and work much better now; and the IRA seem to have disappeared – touch wood – from these shores. But there was great contemporary music, which plays a significant part in The Rotters’ Club; there was a good deal of top-flight television that cost next to nothing to make; and in the summers the sun actually shone, consistently, or that’s how I recall it. I still have etched on my memory the sight of the Oval, during the West Indies’ tour of 1976, looking like somewhere in the Sudan.

And Birmingham? Well, it’s true that as cities go, it’s no oil painting. But it is not without its attractions. There’s the Symphony Orchestra, where Simon Rattle began his career; the Birmingham Rep (ditto, Peter Brook); Aston Manor, one of our finest Jacobean houses; fabulous surrounding countryside, with Stratford-upon-Avon and the Royal Shakespeare Company just a short drive away. I knew it well during the very period in which The Rotters’ Club is set, as I had cousins who lived in its suburbs, and I loved my stays there. I was lucky, of course. I had a relatively pleasant, carefree adolescence, and I see all this through a Proustian haze of nostalgia . . . And so, for th

Ranjit Bolt is best known for his adaptations of the work of European dramatists for the National Theatre, the Royal Shakespeare Company and Sir Peter Hall, with whom he has had a long collaboration. 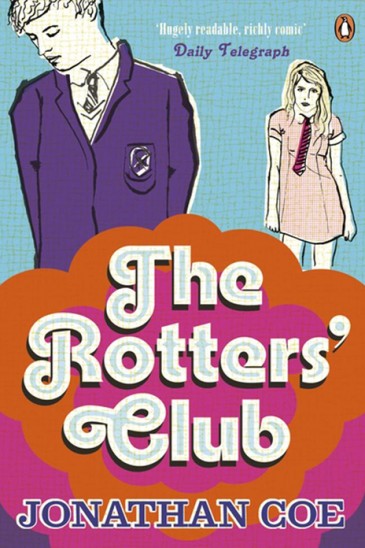