Encountering Roald Dahl in covetable, tactile Puffin paperbacks as a child in the 1970s, I suspect I was too wrapped up in the tales themselves to give their actual titles much consideration. Curious as I was – and I was a curious child in every sense of the word – I took it on trust that a book called The Magic Finger would simply feature a digit with special powers. And indeed it did. Ditto with oversized fruit and someone called James in James and the Giant Peach. And I recall being mildly disappointed that the factory in Charlie and the Chocolate Factory was not fashioned solely from chocolate. Now that literalism strikes me as peculiarly wonderful. And, in retrospect, it seems completely bound up in my enjoyment as a young boy of what was far and away my favourite Dahl title: Fantastic Mr Fox – a book that continues to colonize my consciousness, if in rather bastardized form.

Wistful thoughts about simpler things lost are something of a given in recollections of childhood. A tingle in the cheeks that a long discontinued brand of pickled onion crisps used to bring. The feel of that brittle, almost chalky plastic once used for the hands on Action Man toys. For me this is the stuff that springs to mind, unwilled. Likewise, reflecting on my devotion to Fantastic Mr Fox makes me ache with envy at the innocent wonder I was capable of then. No single book was more exciting, more fantastic to me. And it really was fantastic rather than fantastical. That foxes could, and indeed should, outwit a trio of ugly, miserly, murderous human farmers (the respectively fat, short and lean Boggis, Bunce and Bean) seemed perfectly reasonable. Any disbelief was not so much suspended as abandoned entirely in the face of the obvious moral rightness of the animals’ cause. (Dahl, while himself capable of some dubious to downright offensive ethical and political beliefs, nevertheless understood that to children fairness is a – possibly the – categorical imperative.)

As a matter of fact, at that age I had never seen a live fox. I grew up in a village on the edge of the Sussex Downs. Cows, vast rusty-coloured hulks, shuffled around a muddy field at the end of our road. To me their bovine peregrinations, aimless and masticatory, appeared disturbingly similar to those of the local pensioners: all loose false teeth endlessly working on Murray Mints as they headed, unsteadily, for the butcher’s on the high street. But no f 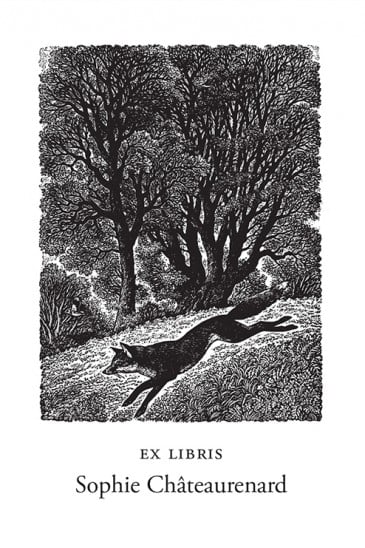