Did your mother, like mine, throw them out in the end? They stayed on the bookshelves in my old bedroom long after I’d left home, waiting for the next generation of girls to join our family, but my sister and I produced boy after boy. When, after my mother died, I cleared out her house, I looked for my Jill books, but they were all gone.

Ruby Ferguson wrote nine ‘Jill’ books, of which Jill’s Gymkhana is the first. Originally published in 1949 by Hodder & Stoughton, it was beautifully illustrated by ‘Caney’, and priced at 7s 6d. A review by Frances Vivien in the Observer of 9 May that year declared it ‘a perfect pony story for girls’.

Why did I need the books? Well, I was putting together a talk for a girls’ school on how I became a sportswriter. This meant retracing a route back through teenage crushes on footballers, to watching the horse-racing on Saturday afternoons with my father, to my prepubescent pony mania when Jill was my first role model.

It began on the summer morning in 1955 when our family moved house. While the pantechnicon was being unloaded, a diminutive girl with freckles and a corolla of tawny curls strolled along from the house next door. I recognized her; we were at the same school and her name was Jo, but we had never spoken because she was in the form above me. Nor did we speak now. She bypassed me and went directly to my mother: ‘Would Julia like to play?’

My mother explained that I had chickenpox and in consequence was confined with my spots and germs in the back of the family saloon. ‘Oh, that’s all right,’ said the world’s most self-assured 8-year-old. ‘I’ve had it. You can’t get it twice, you know.’ She tapped on the car window to get my attention: ‘Do you ride?’

‘Oh gosh, yes,’ I said excitedly, while mentally crossing my fingers since my sole experience had been a humiliating episode in which a pony called Snowball had bolted with me when I was 4. I

Julie Welch was Fleet Street’s first female football reporter. Her memoir of boarding-school life in the 1960s, Too Marvellous for Words, is published by Simon & Schuster. 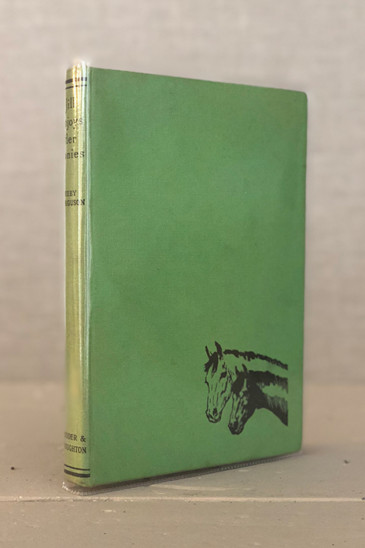 ‘For my son Tom. Since it was a vain attempt to match his prodigious literary output that got me into this situation in the first place.’

This slightly gushy (and therefore untypical) dedication at the front of Mrs Malory Wonders Why was the first clue I had as to how and why Hazel Holt created Sheila Malory. Thank goodness she did. Her stories about a middle-aged widow who solves murder mysteries saw me through a month in 2017 when two of my sons, simultaneously and both on the other side of the world, were seriously ill. Similarly, in March 2020 when it became clear that a pandemic was unavoidable and we had better hunker down or perish, I hunted out my store of Mrs Malories again. Everyone has an author whose work they turn to when it seems like the end of the world as we know it, and Hazel Holt is mine. She is something of a mystery herself, though.

We’re continuing our travels through the archives, selecting an article for each letter of the alphabet that everyone can read on our website for free. In this piece from Slightly Foxed Issue 42, Michael Holroyd discovers Mary Norton’s The Borrowers in his ‘second childhood’.

We were delighted to publish two new titles in our Slightly Foxed Cubs series of highly collectable classic children’s books last month: Frontier Wolf and The Lantern Bearers by Rosemary Sutcliff. Sutcliff’s four great novels set during the last years of the Roman occupation of Britain, The Eagle of the Ninth, The Silver Branch, Frontier Wolf and The Lantern Bearers (winner of the 1959 Carnegie Prize), tell the story of several generations of the Aquila family, from the Empire’s glory days to its final withdrawal, weakened by increasing pressure from Saxon raiders and internal power struggles at home. Though most of her books were written primarily for children, the flesh-and-blood reality of her characters, her convincing plots and her brilliant reimagining of everyday life in a remote and mysterious Britain have always attracted adult readers too. They have been difficult to find for some time and we’re delighted to be reissuing them with their original illustrations.