He sat, in defiance of municipal orders, astride the gun Zam-Zammah on her brick platform opposite the old Ajaib-Gher – the Wonder House, as the natives call the Lahore Museum. Who hold Zam-Zammah . . . hold the Punjab; for the great green-bronze piece is always first of the conqueror’s loot . . . There was some justification for Kim . . . since the English held the Punjab and Kim was English. Though he was burned black as any native; though he spoke the vernacular by preference . . . Kim was white – a poor white of the very poorest.

As I read those lines the familiar magic envelops me. Kim is the eponymous hero of Rudyard Kipling’s masterpiece, for many one of the best books about India ever written. It’s a strange, oddly constructed book intended for children, with no proper villain, that even its author said was ‘plotless’ but which I have always found mesmerizing.

When I was a child, locked into the English school system, the only person I wanted to be was Kim. His life in Lahore was everything mine was not. ‘Kim did nothing with an immense success . . . was hand in glove with men who led lives stranger than anything Haroun al Raschid dreamed of; and he lived a life wild as that of the Arabian Nights, but missionaries and secretaries of charitable societies could not see the beauty of it. His nickname through the wards was “Little Friend of All the World”.’ Even better, I thought, he was an orphan, living his own life, unhampered by the tedious entanglements of family. He was free.

Though it was not published until 1901, Kipling wrote Kim in 1892, a time when the confrontation between Russia and England on the Indian North West Frontier, which he called the Great Game, was at its height. Kim – Kimball O’Hara – is a 13-year-old orphan living in Lahore. His father, a soldier in an Irish regiment, had left Kim in the care of the half-caste woman ‘who pretended to keep a second-hand furniture shop by the

Amanda Theunissen is a television producer with a romantic streak and a hopeless, unfulfilled longing to have lived in strange, exotic places. India is top of the list. 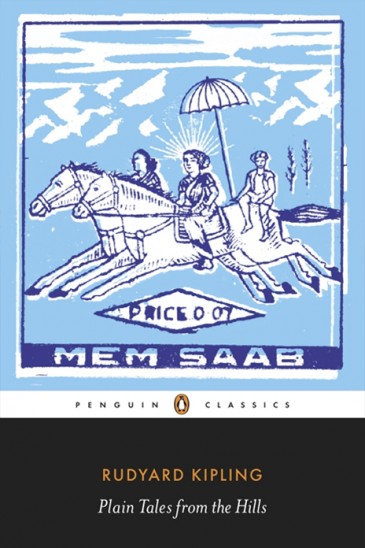