As soon as I meet Shirley Hazzard, before we begin to engage in a conversation, she is quoting Thomas Hardy’s poetry to me. She insists that the love Hardy expressed for his first wife in his later verses is genuine, that after Emma Hardy died he somehow managed to recall all the old love and feelings: ‘Not guilt, that’s too modern. He was able to recall the way he had felt when he first met her.’

We are meeting in a restaurant near Shirley Hazzard’s home in New York. What prompted the outpouring was that she had spent the morning sorting out the papers of her late husband, the writer and translator Francis Steegmuller, before sending them to a university archive. And she had been in tears recalling their love.

Over lunch she tells me about her childhood and her slight formal education. She was born in Australia in 1931. As a child she travelled widely, for her parents were diplomats. At 16, living in Hong Kong, she was engaged by British Intelligence, where, in 1947–8, she was involved in monitoring the civil war in China. Thereafter, she lived in New Zealand, Europe and the United States, where she worked for the United Nations Secretariat in New York. She has been deeply critical of the United Nations ever since. She taught herself through books, and by studying human nature. She was in her thirties by the time she married Steegmuller, a widower more than twenty years older, in 1963.

‘It was marvellous to be married to a writer. Sometimes I’d be staring into space searching for a word and, although he encouraged me to write, he knew this was just a necessary part of the thinking process.’ Words are precious. She uses them carefully and sparingly, as anyone who has read her book The Transit of Venus will know.

This deeply sensual novel has long been a favourite of mine and it improves on rereading. I did not adequately appreciate it when I first read it shortly after publication in 1980, but I came back to it after dis 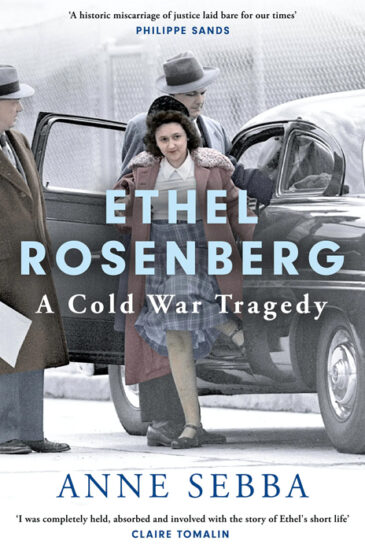 The Slightly Foxed office hasn’t changed much over the years, apart from the fact that, as we’ve already mentioned, it’s got more crowded, what with the increasing number of back issues and the new Slightly Foxed Editions. This is of course especially true when we’ve just had a delivery from our printers, Smith Settle, which arrives via their driver, Brian, who sets off from Yorkshire in the dark hours and arrives in London in time for an early cup of tea.

‘The saddest story I ever wrote,’ Mrs Gaskell said of Sylvia’s Lovers, published in 1863. The book had been languishing in my daughter’s bookcase for years, bought (but not read) to encourage her when she studied the much more famous North and South for her English GCSE. A year or so ago, smitten by Richard Armitage, star of the four-part BBC adaptation of North and South, I went to find the lesser-known book again. And I decided Mrs Gaskell was probably right. There is deep sadness and grief in this novel. Unrequited love results in tragic and painful consequences. I was almost relieved my teenage daughter had not read it – then.

As obsessions go, book collecting ought to be one of the more innocent. I caught the bug as a kid, with the fairly broad-based ambition to collect any book published before 1860, figuring that anything that old must be rare. This first collection mounted to ten or eleven books, two of them Bibles, and starred a spineless tenth printing (1856) of Dream Life by Ik Marvel, which is probably still lying around somewhere. Since then, I’ve gone through several off-and-on phases of bibliophily, sufficient to learn that it isn’t a sport for the impecunious or anyone living in physically confined circumstances. I’ve also learned that, like less innocent obsessions, it can draw you in – seriously.