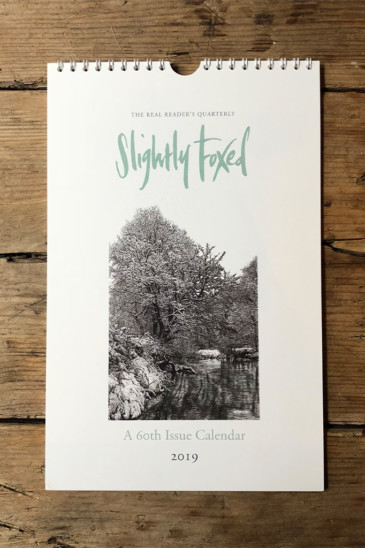 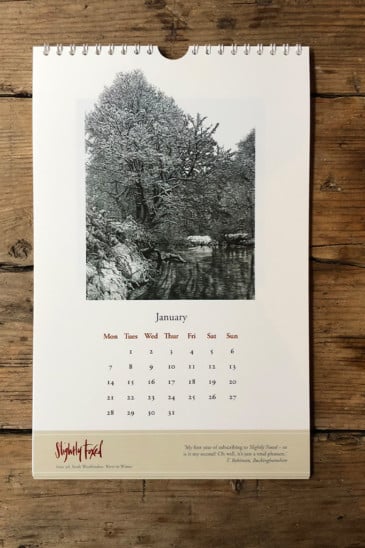 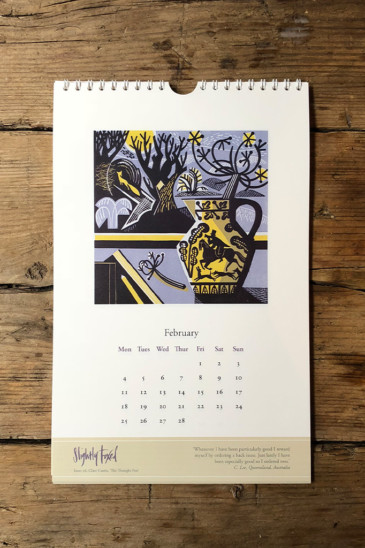 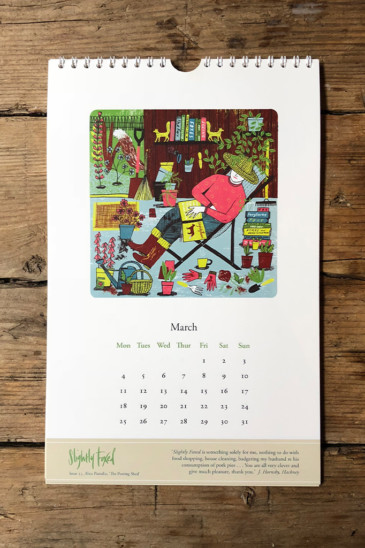 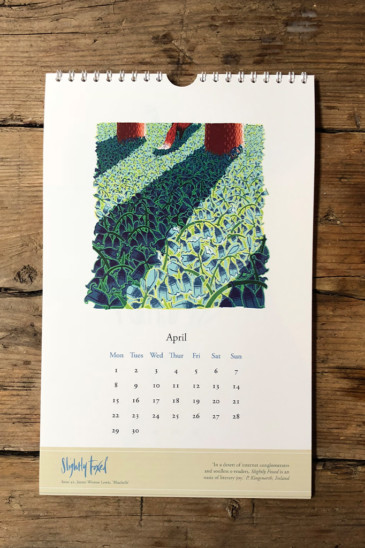 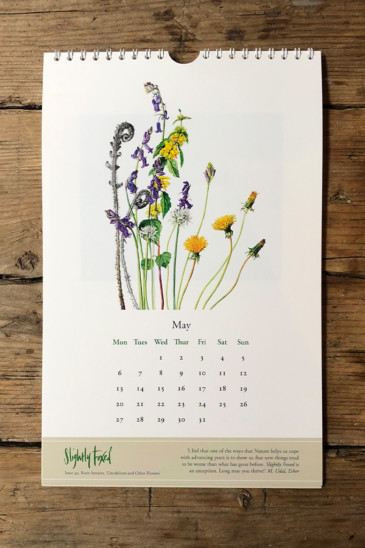 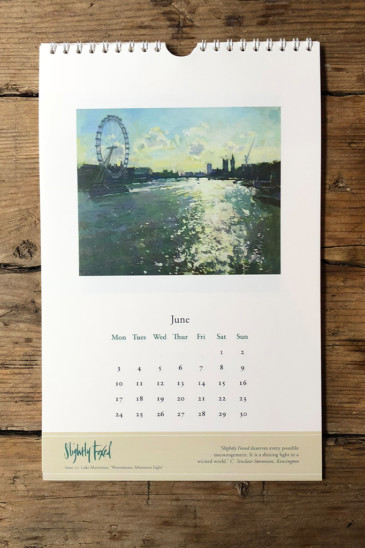 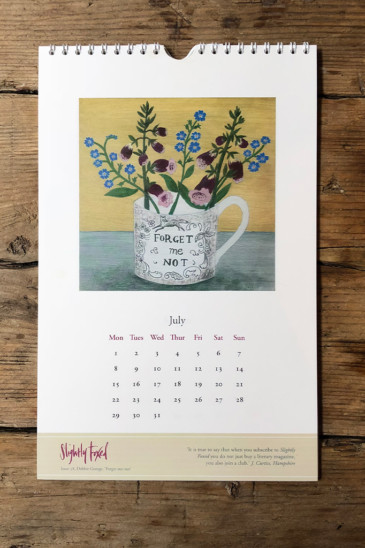 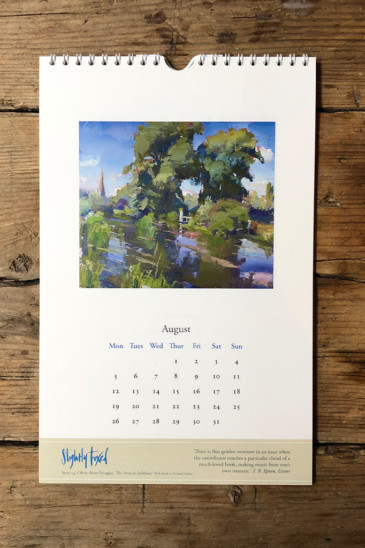 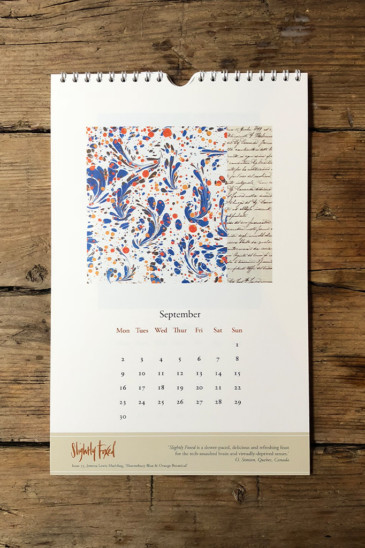 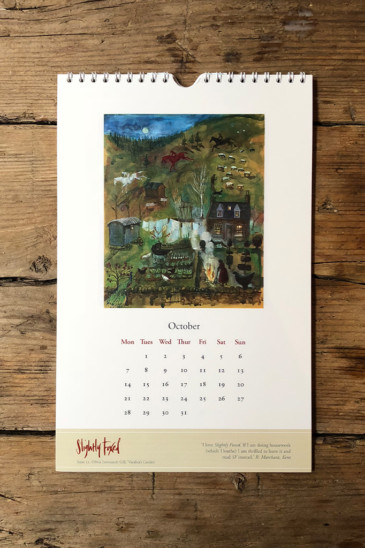 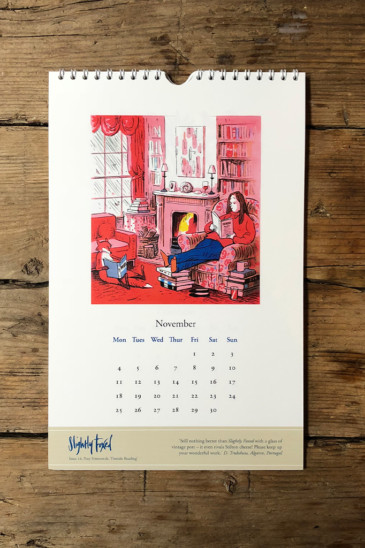 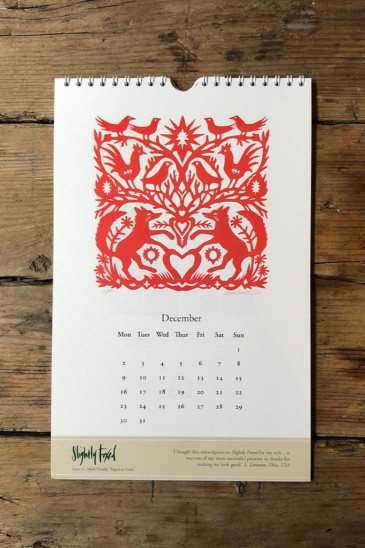 This winter Slightly Foxed will celebrate the 60th issue of The Real Reader’s Quarterly and – as we did for our 10th birthday – we’ve decided to mark the occasion with a 2019 calendar featuring some more of the seasonal Slightly Foxed covers that readers enjoy so much.

It’s a handsome, spiral-bound decorative wall calendar printed on sturdy paper with a board backing, and we feel it will raise the spirits and look good in any room. It would make a charming present for anyone who loves Slightly Foxed, or indeed for anyone who hasn’t yet come across it.

May: Issue 49, Rosie Sanders, ‘Dandelions and Other Flowers’

‘So thrilled you’re doing a calendar this year. I was given one as a gift a couple of years ago and was heartbroken to find you weren’t selling one last year. A thing of beauty.’