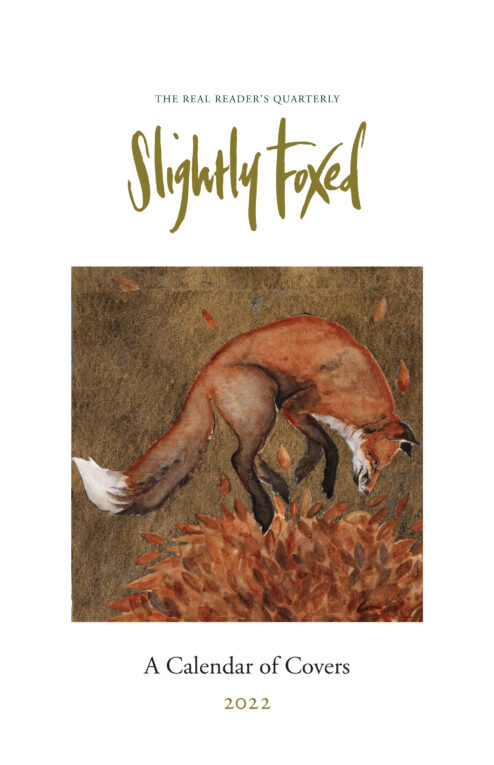 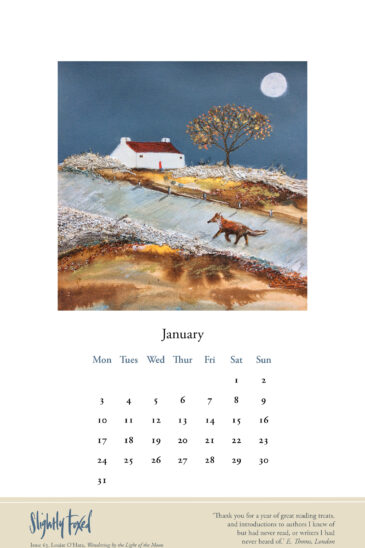 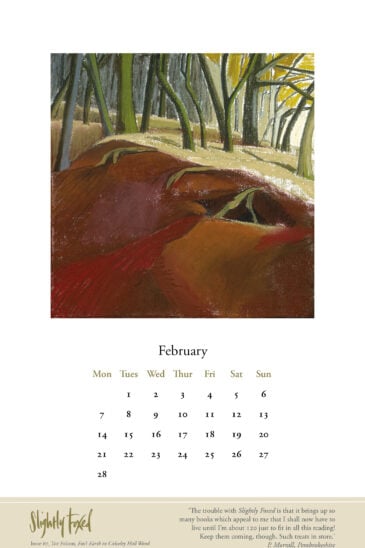 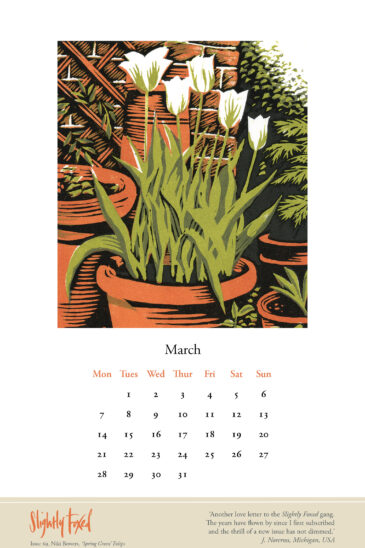 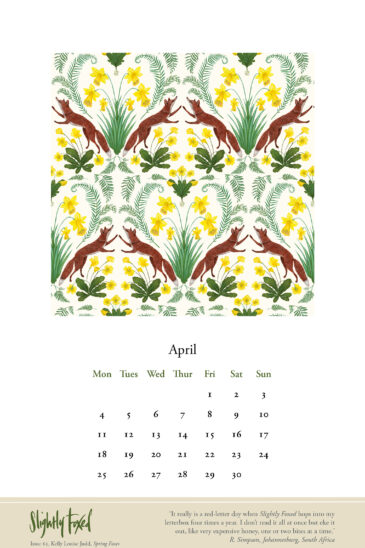 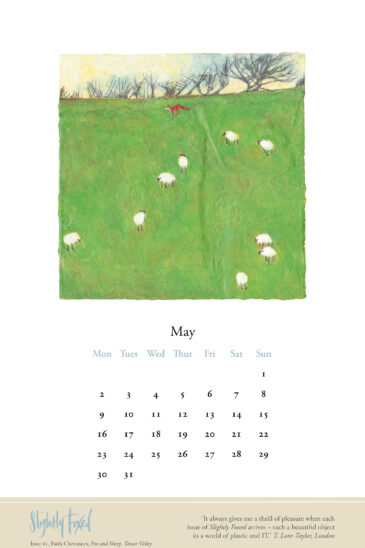 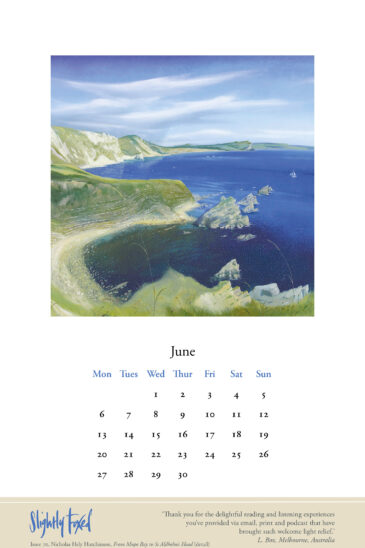 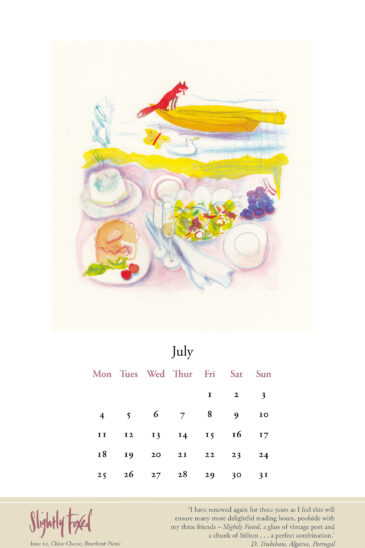 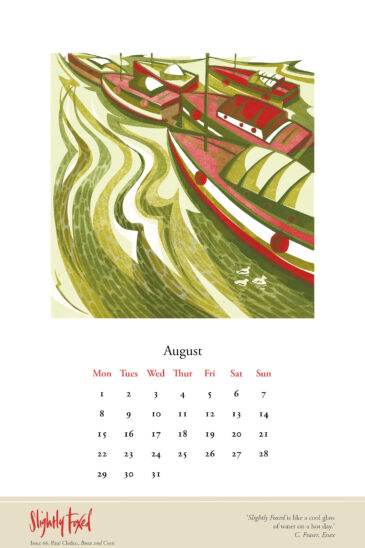 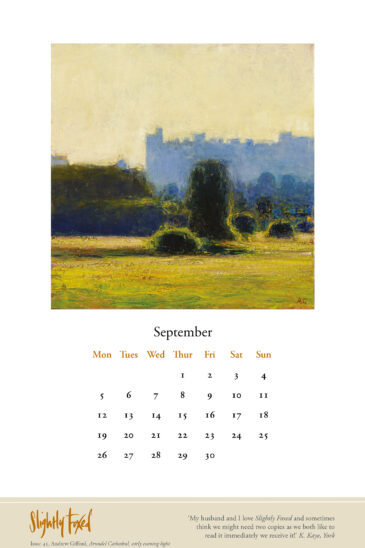 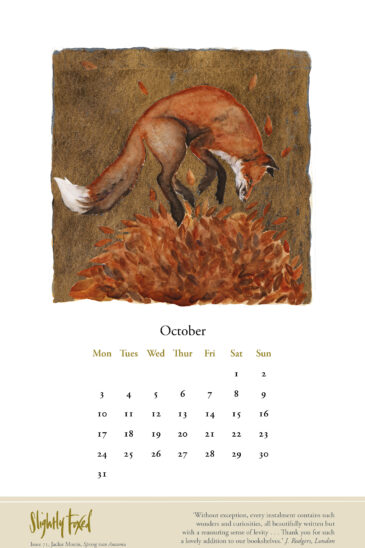 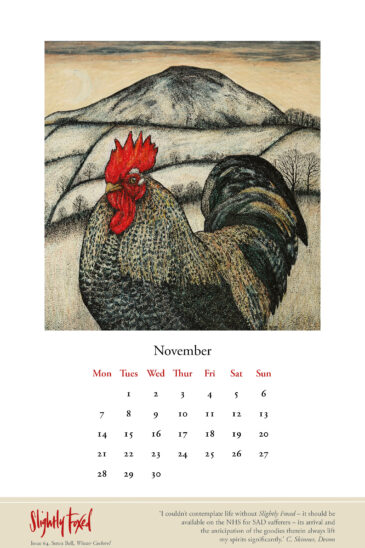 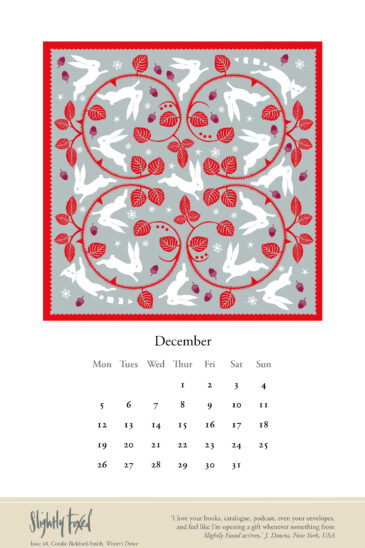 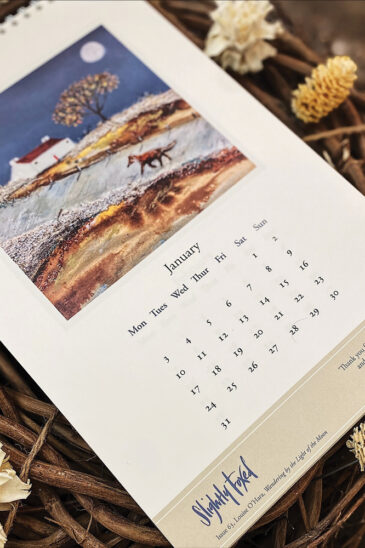 This year Slightly Foxed celebrated the 70th issue of The Real Reader’s Quarterly and we’ve decided to mark the occasion with a 2022 calendar featuring some more of the seasonal Slightly Foxed covers that readers enjoy so much.

It’s a handsome, spiral-bound decorative wall calendar printed on sturdy paper with a board backing, and we feel it will raise the spirits and look good in any room. It would make a charming present for anyone who loves Slightly Foxed, or indeed for anyone who hasn’t yet come across it.

January: Issue 63, Louise O’Hara, ‘Wandering by the Light of the Moon’