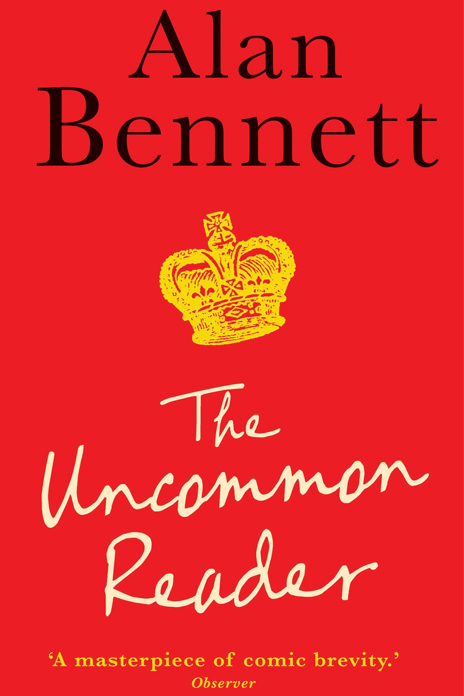 Her Majesty the Queen takes up reading when her corgis stray into a mobile library parked at Buckingham Palace. She reads widely (J. R. Ackerley, Jean Genet, Nancy Mitford and the classics) and intelligently. Her reading naturally changes her world view and her relationship with people like the oleaginous prime minister and his repellent advisers. She comes to question the prescribed order of things and loses patience with much that she has to do. Subversive and highly enjoyable, The Uncommon Reader offers the perfect argument for reading, written by one of its great champions.

Alan Bennett’s The Uncommon Reader, which first appeared in 2007, is a gloriously funny and subversive little book about a serious subject – the importance of books to humanize us and their power to change our lives. And despite or perhaps because of its hilarity, it delivers a message just as telling as does Virginia Woolf ’s famous book which gave it its title.

Entering Bennett’s parallel universe, we discover the Queen, alerted by the barking of the corgis, chancing upon the Westminster mobile library parked by the dustbins in one of the Palace courtyards. Mounting the steps to apologize for the row, she finds the librarian, Mr Hutchings, and a single customer, Norman, ‘a thin, ginger-haired boy in white overalls’ . . .

How Bennett must have enjoyed writing this book. The Palace setting, with its hierarchies and snobberies and constipated bureaucracy, and the shrewd no-nonsense voice of his central character, allow...