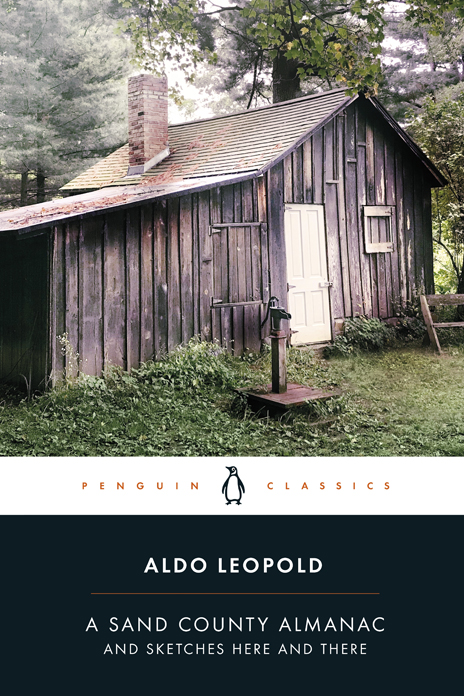 A Sand County Almanac by Aldo Leopold combines some of the finest nature writing since Thoreau with an outspoken and highly ethical regard for America’s relationship to the land.

Written with an unparalleled understanding of the ways of nature, the book includes a section on the monthly changes of the Wisconsin countryside; another part that gathers informal pieces written by Leopold over a forty-year period as he traveled through the woodlands of Wisconsin, Iowa, Arizona, Sonora, Oregon, Manitoba, and elsewhere; and a final section in which Leopold addresses the philosophical issues involved in wildlife conservation.

Word from the Wood

My grandfather taught me how to light a fire. I remember crouching by his side in the sitting-room on cold mornings, watching his huge hands crunching the paper, piling up the kindling, slotting the logs into place and lighting a match.

After the flare of the match, a few moments of silence. Then a glow, a flicker, a thin tongue of flame curling at the paper’s edge, sliding up a length of kindling, touching the bark, then slipping back into the little cave of orange light in the middle of the pile. It was my job to watch it didn’t go out, while he went to see to the cows. I crouched, and watched.

There’s an essay in Aldo Leopold’s A Sand County Almanac (1949) that brought me back to that moment:

My dog does not care where heat comes from, but he caresardently that it come, and soon. Indeed he considers my ability to make it come as something magical, for when I rise in the cold black pre-dawn and kneel shivering by the hearth making a fire, he pushes himself blandly between me and the kindling splits I have laid on the ashes, and I must touch a match to them by poking it between his legs . . .


Word from the Wood

A Sand County Almanac, and Sketches Here and There is a collection of Leopold’s writing from the 1930s and 1940s. Author, scientist, ecologist, forester, conservationist and environmentalist,...