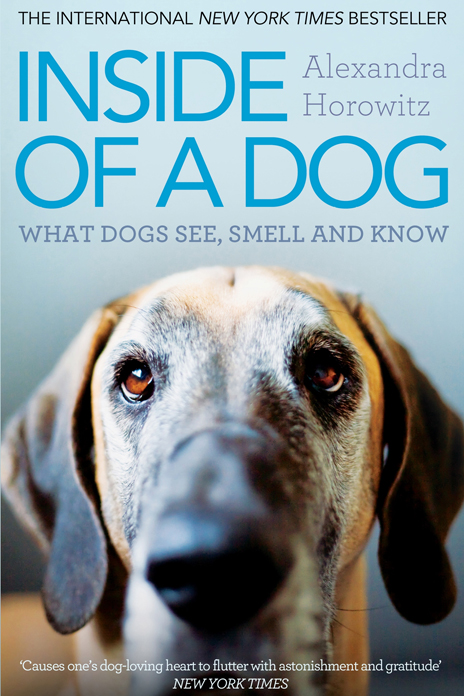 As both an unabashed dog lover and a cognitive scientist, Alexandra Horowitz is naturally curious about what her dog, Pumpernickel, thinks and is intent on understanding the minds of animals who cannot say what they know or feel.

This book introduces the reader to the science of the dog – their perceptual and cognitive abilities – and uses that introduction to draw a picture of what it might be like to be a dog.

Anthropomorphism is an innate part of our psychology: we have evolved to read each other’s faces and we instinctively try to do the same with animals. It’s seen in primitive religions – the Ancient Egyptians worshipped animals – and early myths and fables, such as Aesop’s. But it doesn’t equip you for owning a dog. Quite the contrary, in fact. For that you need another sort of book, and I don’t mean the canine equivalent of those bringing-up-baby manuals, although there are plenty of them too. The book I discovered I needed as an antidote to my anthropomorphic upbringing is called Inside of a Dog: What Dogs See, Smell and Know (2009). It looks at what scientists know about the biology and psychology of dogs, and from that information tries to work out how the world seems to them . . .

Rebecca Willis on Alexandra Horowitz, Inside of a Dog

Inside of a Dog was in the New York Times bestseller list for over a year and completely passed me by because, like the baby books, you don’t need it until you’ve got your own. The author,...