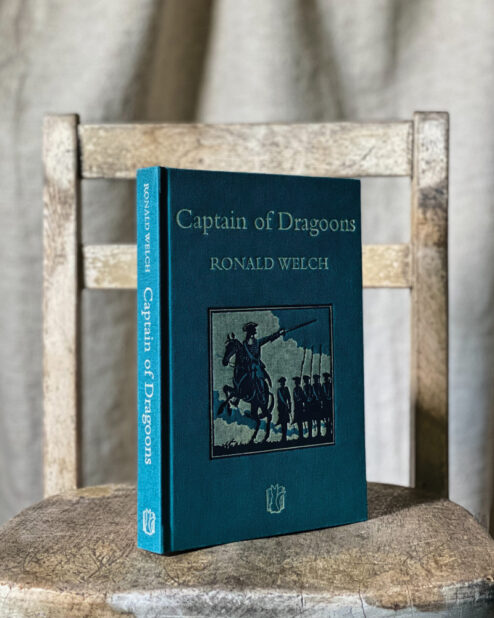 Captain of Dragoons is a thrilling story set in the reign of Queen Anne during the early years of the War of the Spanish Succession. The Duke of Marlborough is leading an allied army through the Low Countries to challenge the Catholic Louis XIV of France, who has his eye on the Spanish throne. Charles Carey is a Captain in the Duke’s army, a moody, quick-tempered and charismatic figure who is also one of its most brilliant swordsmen – a skill he uses to great effect.

But swordsmanship is not Charles’s only talent. Having discovered that there is a traitor in the camp he is sent by his Colonel to spy in France, travelling under a false identity. His mission takes him to the Old Pretender’s dreary court at Saint-Germain, to Louis XIV’s court at Versailles – which he finds surprisingly grubby and unattractive, despite its superficial grandeur – and finally to imprisonment in the Bastille, from which he manages to escape in time to take part in Marlborough’s march to the Danube and his decisive victory at the Battle of Blenheim. A wonderfully atmospheric and fast-moving book with a shocking and unexpected dénouement.

‘Ronald Welch at his best. The story has it all, and it plunges immediately into action, danger, and nail-biting suspense, leading to a shocking and unforeseen twist at the end.’ Historical Novel Society

Published in 1956, Captain of Dragoons is set in the reign of Queen Anne, during the early years of the War of the Spanish Succession, and the relevant member of the family is Charles Carey, ‘a...