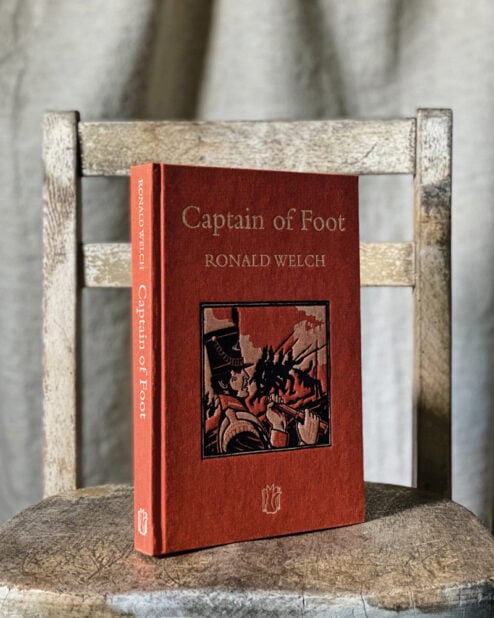 Young Christopher Carey is not afraid of fighting, but he hates the discomforts of military life – the cold and the rain, the heat and the dust, the uncomfortable bivouacs, the poor food and the long marches. So he’s a rather reluctant hero. But breeding will out.

The latest in a long line of distinguished fighting ancestors, Christopher in fact is a very good soldier, commanding tremendous loyalty from his men, whether the company is launching an attack against the French, protecting the straggling lines of the retreating English army, or defending a strategic position. Christopher’s qualities don’t go unnoticed and he’s chosen for a dangerous mission to a leader of the Spanish guerrillas, the colourful El Empecinado. As ever Ronald Welch skilfully weaves together fiction and fact to create a brilliant picture of the Napoleonic Wars in Spain, and the dangers and monotonies of an infantryman’s life in Wellington’s army.

What would you do if you were a soldier, the last in a long line of fighting ancestors who had all distinguished themselves in battle, but you really hated going to war and wanted to give it all up...