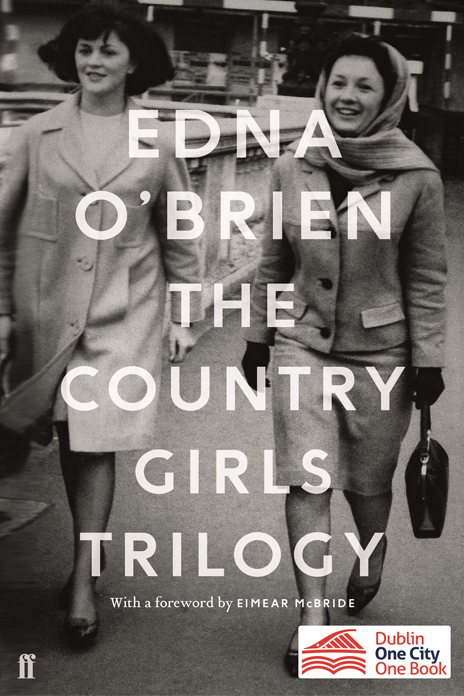 Edna O’Brien’s first novel The Country Girls and its sequels The Lonely Girl and Girls in their Married Bliss changed the temperature of Irish literature in the 1960s. The characters of Kate Brady and her friend Baba Brennan have inspired generation after generation of readers and writers, as we see them struggling against the confines of a rural Irish convent school; revelling in the bright lights of Dublin; and weathering the unexpected challenges of married life in London. The passion, artistry, and courage of Edna O’Brien’s vision in these novels – tender portraits of innocence and youth, love and passion, dreams and reality – resonate into the twenty-first century.

It was the early Sixties and I was 17. With only a small bag of clothes and some loose change, I ran away from home and caught the milk train to London. When the sky lightened and the rooftops crowded in, I leapt out on to an empty platform because the station had a friendly name – Seven Sisters. A week later, with my first wage, earned by selling toys in a department store, I bought myself a pair of black stockings, a bottle of frosted pink nail varnish, and a copy of Edna O’Brien’s The Country Girls. My family believed books were ‘good for you’ and I’d gobbled up the classics: Dickens, the Brontës, Thackeray, Gaskell and Defoe, coping happily with long convoluted sentences and dutifully deploying them in my school essays. O’Brien’s brilliantly concise sentences were a revelation, her voice fresh and direct.

Linda Leatherbarrow on the novels of Edna O’Brien

With my first wage, earned by selling toys in a department store, I bought myself a pair of black stockings, a bottle of frosted pink nail varnish, and a copy of Edna O’Brien’s The Country Girls....