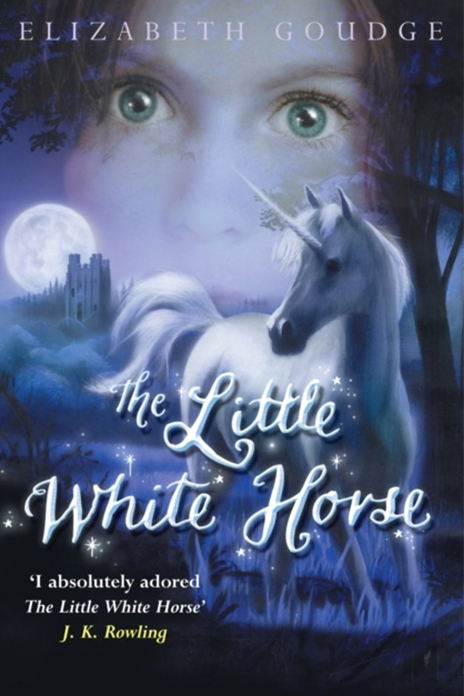 The valley of Moonacre is shadowed by the memory of the Moon Princess and the mysterious little white horse. When Maria Merryweather comes to stay at Moonacre Manor she finds herself involved in an ancient feud. Riding Wrolf, a great lion-dog, and helped by the huge black cat Zachariah and a shepherd boy called Robin, Maria embarks on a dangerous journey to find a missing talisman ring. It is then that the little white horse – or is it a unicorn? – is glimpsed in a wood, a blessing on the quest to restore peace and happiness to Moonacre Valley.

The Little White Horse – winner of the 1946 Carnegie Medal and one of J. K. Rowling’s favourites – is set in the mid-nineteenth century. Recently orphaned young Maria Merryweather and her governess Miss Heliotrope arrive at Moonacre Manor, a paradisal demesne hidden behind a rocky wall somewhere in the West Country and home to her cousin and guardian Sir Benjamin. He welcomes her with beaming benevolence, and his huge dog Wrolf (or is he a lion?) gives his approval. The castle is idyllic: books on the shelves, the neatest little tower room and a bed with lavender-scented linen for Maria, daffodils blooming in the sheep pasture, and steak and kidney pudding for dinner provided by the irascible but affectionate Marmaduke, Sir Benjamin’s diminutive cook and housekeeper . . .

Like Traherne Goudge was an ardent Anglican. But although religion can be an oppressive presence in her adult novels, in her children’s books it manifests itself merely as a sense of embracing...