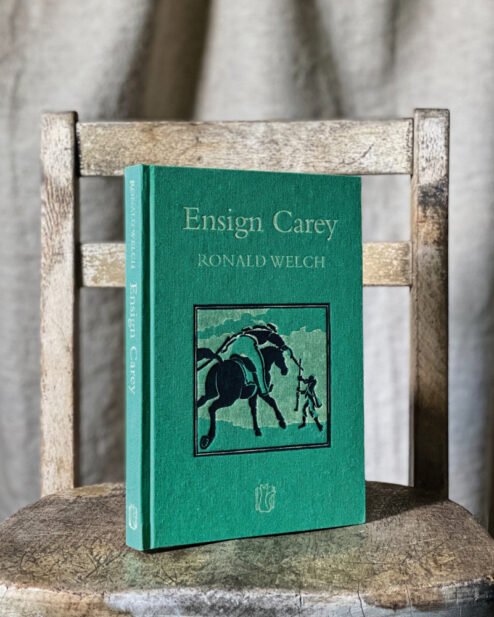 Ensign Carey begins in the seedy mid-nineteenth century underworld of London gambling dens, where William, a hard-up Carey cousin, has a frightening encounter with George Hampton, a violent and unprincipled young man on the make.

Banished from Cambridge for bad behaviour, in 1856 William travels to India, where his father has used family influence to get him a commission in the 84th Bengal Native Infantry. Here his path again crosses – dramatically – with Hampton’s. Ensign William Carey is no saint, but when the Indian Mutiny breaks out among the native troops, Ensign Carey acts with generosity and courage, for which he pays a high price.

‘I just wanted to let you know how thrilled I was to receive my set of Ronald Welch books earlier this week. These new editions are exquisite – simply wonderful to hold, feel, smell and browse...