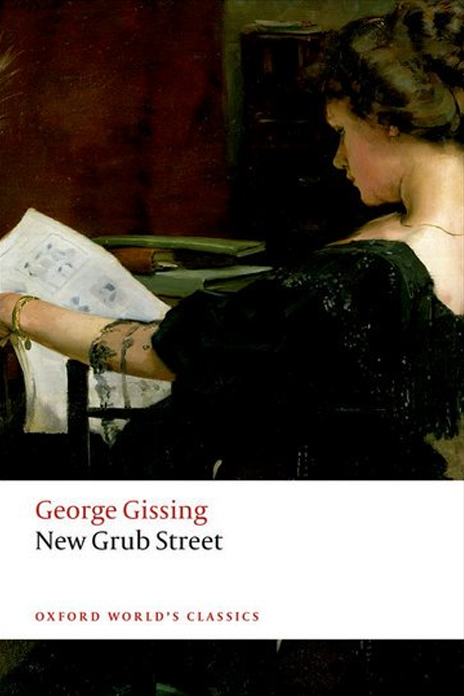 New Grub Street by George Gissing is the story of the daily lives and broken dreams of men and women forced to earn a living by the pen.

With vivid realism it tells of a group of novelists, journalists, and scholars caught in the literary and cultural crisis that hit Britain in the closing years of the nineteenth century, as universal education, popular journalism, and mass communication began to leave their mark on the life of intellectuals.

It’s natural and not, I guess, uncommon for aspiring writers to look to established practitioners for hints on how to proceed. In my own case, though avid in my day for useful tips on how to make my mark in the Republic of Letters, I only ever came across two of any real value. The first was Mark Twain’s steely injunction: ‘Apply the seat of the pants to the seat of the chair.’ The second was Hemingway’s advice to stop writing for the day before you have said everything you have lined up ready to commit to paper; that way you have something in reserve to restart the engine when you return to your desk tomorrow. To these two golden nuggets, I would add a third: read George Gissing’s New Grub Street.

Life is not a fairy story in which merit and reward are exactly balanced. Indeed, it is because of their imbalance in real life that fairy stories are needed. This I take it was what Virginia Woolf had
in mind when she described Middlemarch – an epic on the theme of disappointment, and emphatically not a fairy story – as ‘the first English novel written for grown-ups’. On similar grounds, New Grub Street, published in 1891, twenty years after Middlemarch, might well be called the second. Its subject is the hopes and struggles of a group of people, all known to each other, and all trying more or less desperately to make a living with their pens. It is, finally, a story of blighted hopes and stillborn promise in which decency, intelligence and good intentions are inadequate preventers of catastrophe . . .

Like Dickens, Gissing shows us the Victorian city seen from below – grimy, fog-bound and peopled by creatures to whom life has not been kind. But unlike Dickens he speaks from lived experience of...