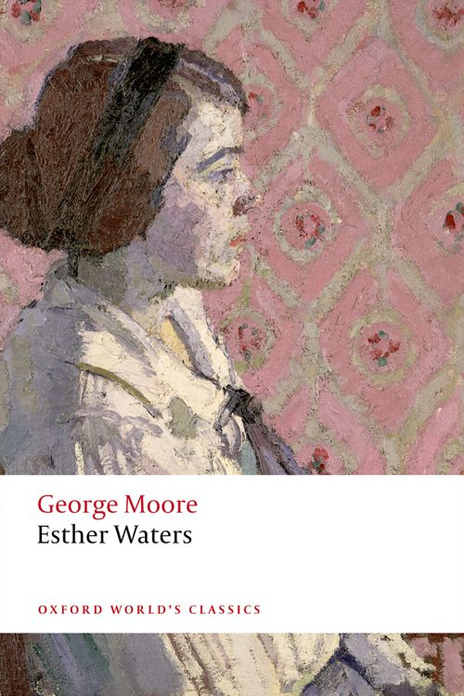 Esther Waters is a young, working-class woman with strong religious beliefs who takes a position as a kitchen-maid at a horse-racing estate. She is seduced and abandoned, and forced to support herself and her illegitimate child in any way that she can.

The novel depicts with extraordinary candour Esther’s struggles against prejudice and injustice, and the growth of her character as she determines to protect her son. Her moving story is set against the backdrop of a world of horse racing, betting, and public houses, all vividly brought to life by George Moore.

I first read Esther Waters more than fifty years ago, when I was an undergraduate at Trinity College, Dublin. As a young man I enjoyed reading tales of unmitigated woe, in which one disaster succeeds another, and the novel’s eponymous heroine suffers more than most at the hands of assorted drunkards, snobs, gamblers and predatory employers. And, as an Englishman in Ireland, I was fascinated by the complexity and ambiguity of relations between the two countries, and by Irish views of England ‒ of which Esther Waters is a remarkable and unusual example. In his dedication to the novel, George Moore referred to the fact that, as an Irishman, he had written ‘a book as characteristically English as Don Quixote is Spanish’, while James Joyce thought it ‘strange that it should have been left to an Irishman to write the best novel of modern English life’ . . .

I first read Esther Waters more than fifty years ago, when I was an undergraduate at Trinity College, Dublin. As a young man I enjoyed reading tales of unmitigated woe, in which one disaster succeeds...