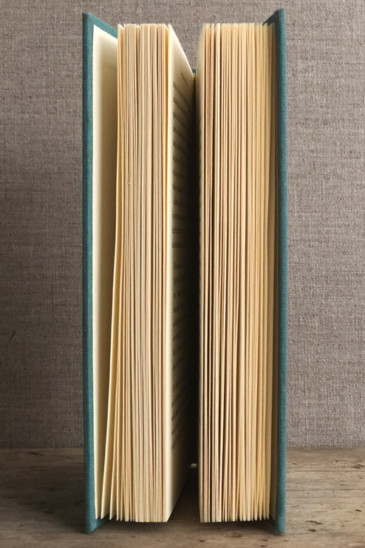 Gwen Raverat is best known for her glorious wood-engravings, but in her childhood memoir Period Piece she created a perfect small masterpiece of another kind – a deliciously funny, affectionate and atmospheric picture of life in the small world of nineteenth-century academic Cambridge among the eccentric Darwin clan.

Gwen’s father George Darwin – one of the five sons of the legendary Charles – was a Fellow of Trinity College and eventually the University’s Plumian Professor of Astronomy, and Gwen was part of the ‘first hatching’ after Fellows were permitted to marry by the Revised Statutes of 1878. Her mother Maud, a lively and sociable American of robust views, could scarcely have been more different from her quiet, intellectual spouse.

Fortunately the two complemented rather than irritated one another and Maud’s radiant health and high spirits seem to have been good for George, who like the rest of the Darwins was a signed-up hypochondriac. Gwen and her brothers and sister grew up surrounded by a crowd of affectionate but somewhat neurotic aunts and uncles. Walking about with a shawl around your shoulders was an accepted sign that you were feeling ‘seedy’, and to ward off colds Gwen’s much-loved Aunt Etty would put on a protective mask of her own invention, made from a wire kitchen strainer stuffed with antiseptic cotton wool, like a snout.

In summer the scene moved from Cambridge to Down House in Kent, home of Gwen’s paternal grandmother, a Wedgwood by birth and widow of Charles, who had died three years before Gwen was born. To the Darwin family Down was paradise and perfection. Gwen gives a magical account of those long ago summers when, ‘as soon as the door was opened, we smelt again the unmistakable cool, empty, country smell of the house and we rushed all over the big, under-furnished rooms in an ecstasy of joy’.

Illustrated with Gwen’s own delightful drawings, Period Piece, which is probably one of the best-loved books in the English language, not only brilliantly captures a moment in time but also shows us the making of the artist Gwen was to become. As Rose Macaulay wrote when it was first published, it is ‘funny, witty, beautifully written, more than beautifully illustrated, everything such a book can be’.


The Parent Is Always Wrong || Presents for Mothering Sunday & Other Occasions

‘Dear Reader, you may take it from me, that however hard you try – or don’t try; whatever you do – or don’t do; for better, for worse; for richer, for poorer; every way and every...

‘I have just finished reading the Slightly Foxed Edition of Period Piece by Gwen Raverat. A charming read, delightfully written. What a contrast the life of the "Upper Classes" was in the late...

A Sense of Home: Period Piece | The Ladies’ Dining Society