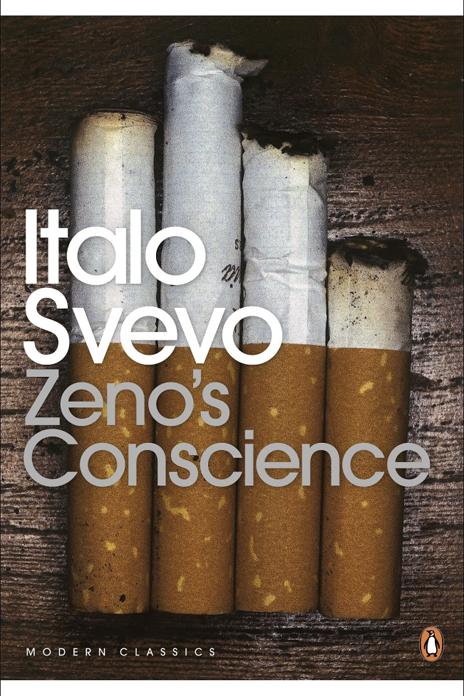 A hymn to self-delusion and procrastination Zeno’s Conscience has provoked enormous affection in its readers both in Italian and English since its first publication in the 1920s.

This enormously engaging, strange novel is both an engrossing saga of a family and a hilarious account of addiction and failure as its helpless hero, notionally undergoing psychiatric help, manages spectacularly to fail to give up smoking, run his business or make sense of his private life.

May Roses in Winter

The only time in my life – so far – when I was taken to see a psychiatrist, I was 11. I remember little about the occasion. My mother and I sat facing a large man behind a large desk. I can’t see his face now, only the grey light reflected on his glasses, the lenses of which were perfectly flat, like stage glasses. He asked my mother questions but I don’t think he
spoke to me at all. There was no couch. I was perched in an enormous armchair. A succession of specialists had been investigating some mysterious ailments, prodding and dosing me but reaching no specific conclusion. The psychiatrist was, I presume, the last resort, to see if it was ‘all in the mind’, as they used to say.

The memory came back to me as soon as I began Italo Svevo’s wonderfully funny novel Zeno’s Conscience (known in an earlier translation as The Confessions of Zeno). The preface is in the form of a rather tetchy report by a psychoanalyst who has been consulted by Zeno Corsini. The analyst says that he must apologize for having suggested that ‘my patient write his autobiography, students of psychology will frown on this new departure. But he was an old man . . . he seemed so curious about himself.’ His patient has terminated the analysis, so the analyst is publishing his patient’s notes ‘in revenge, and I hope he is displeased’. . .

‘For the first time, I believe, in English, we get the true, dark music, the pewter tints, of Svevo’s great last novel’ The New Yorker


May Roses in Winter

The preface is in the form of a rather tetchy report by a psychoanalyst who has been consulted by Zeno Corsini. The analyst says that he must apologize for having suggested that ‘my patient write...